"Aunt Precious," as she is affectionately called, was born May 16, 1917 in Macon, Georgia. 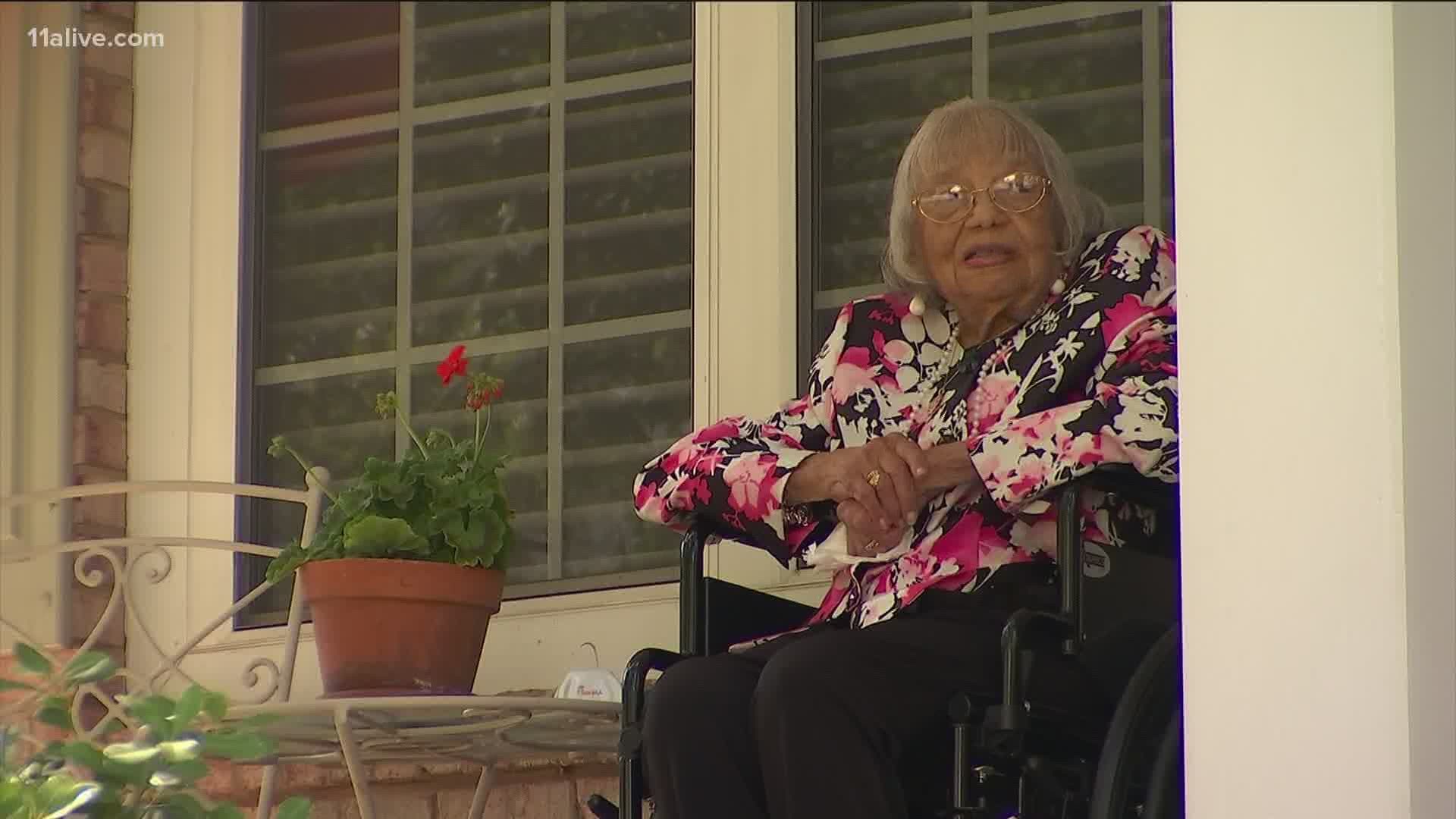 ATLANTA — Clara Johnson has lived quite the life! The Georgia native turned 103 years old on May 16.

So, on Saturday, more than 50 family members drove by her house in decorated cars to celebrate "103 years of glorious living."

"Aunt Precious," as she is affectionately called, was born May 16, 1917 in Macon, Georgia.

Johnson, a long-time resident of Atlanta, then taught in the Atlanta Public School system, retiring after more than 30 years of service. She still keeps in touch with former students, including Morris "Mo" Lewis, who played football for the New York Jets, who calls to check in on her, family said.

She has been a member of Delta Sigma Theta, Inc. for 72 years and is still an active member, according to family.

When she's not texting friends and family and checking her e-mail on her cell phone, family says she and a friend watch television, talk about current events, take short daily walks and stays on top of things with her family, sorority sisters and St. Paul Episcopal Church members.

While family had to hold a drive-by parade in her honor Saturday - keeping their social distance - she said she felt grateful for their love.

"It brings tears of joy," she said. "I can't help but think how grateful I am to have friends to come out at a time like this. I appreciate it."

Johnson said it feels good to turn 103; she prayed she would get to 75. Decades later she said she's thankful to celebrate with loved ones.

When asked what her secret to long life is, she said it's simple: live right and do the right thing.

"Be kind to everybody and love everybody," she said.