Our 34th Annual "Holiday Salute" recognizes military service members and their families in a special program airing on Christmas Eve and Christmas Day! 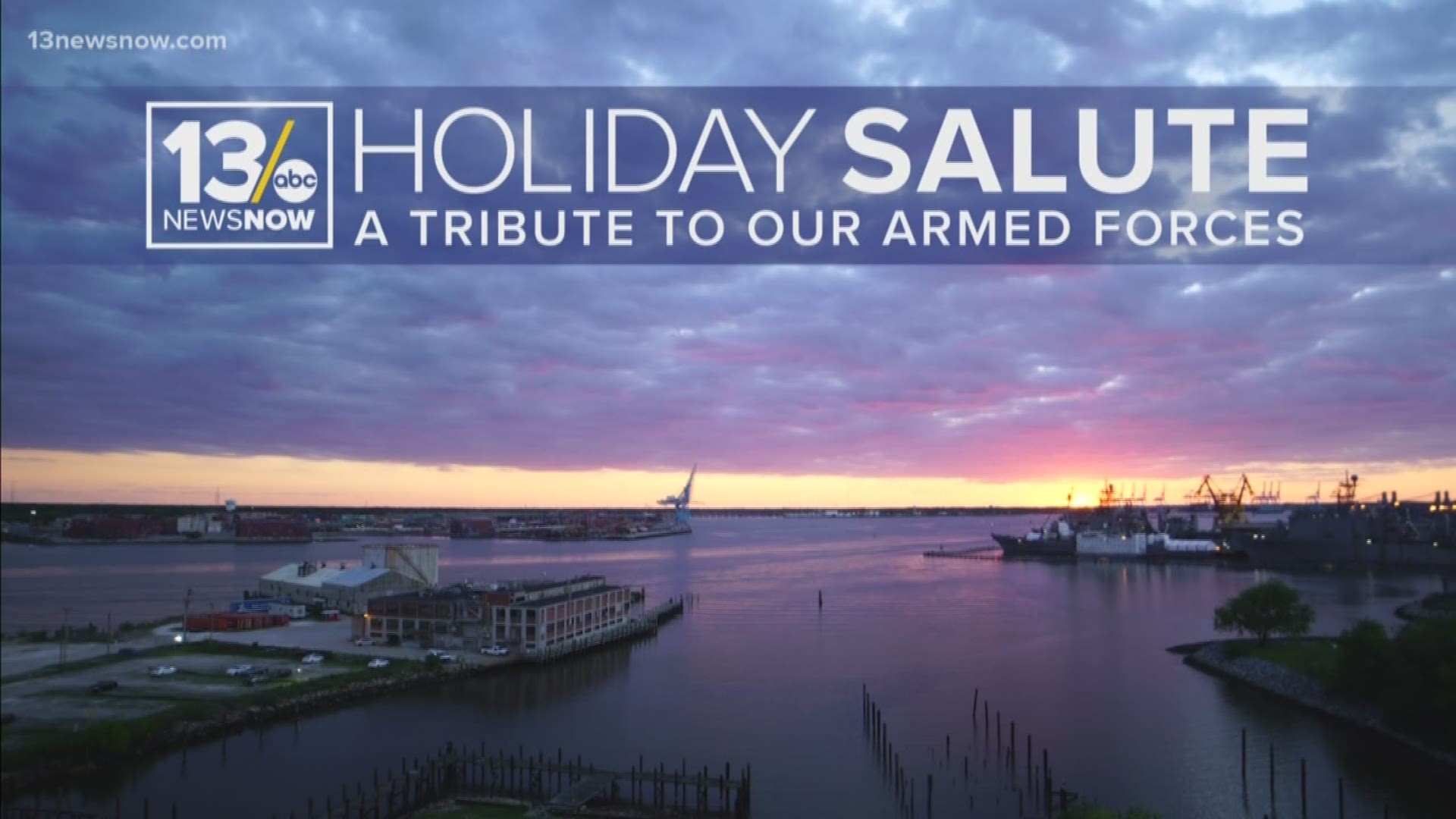 13News Now is excited to present the 34th Annual Holiday Salute, a special program that airs Christmas Eve and Christmas Day. We put the spotlight on our dedicated servicemen and servicewomen!

With this year's edition, Mike Gooding takes an in-depth look at Newport News Shipbuilding’s holiday gift to the nation: the new aircraft carrier John F. Kennedy. Additionally, he'll visit with the Naval Station Norfolk-based Helicopter Sea Combat Squadron 28, the Dragon Whales, who are deploying this Christmas season. Plus, Mike will introduce us to the non-profit community organization Troopster, which is sending more than 1,000 care packages to the USS Abraham Lincoln this year.

Nicole Livas will bring us the story of the Tegna Foundation, a charitable giving division of 13News Now’s parent company. The Foundation picked two worthy Hampton Roads organizations to receive major grants because of the great work they do with military families: Comfort Crew and the Military Child Education Coalition.

We have several Holiday Salutes and Navy Christmases from past years online on our YouTube channel, and will post more on Christmas Day. You can watch some of them below:

The VERY FIRST Navy Christmas from 1986!