The city has celebrated the popular mermaid sculptures since 1999. 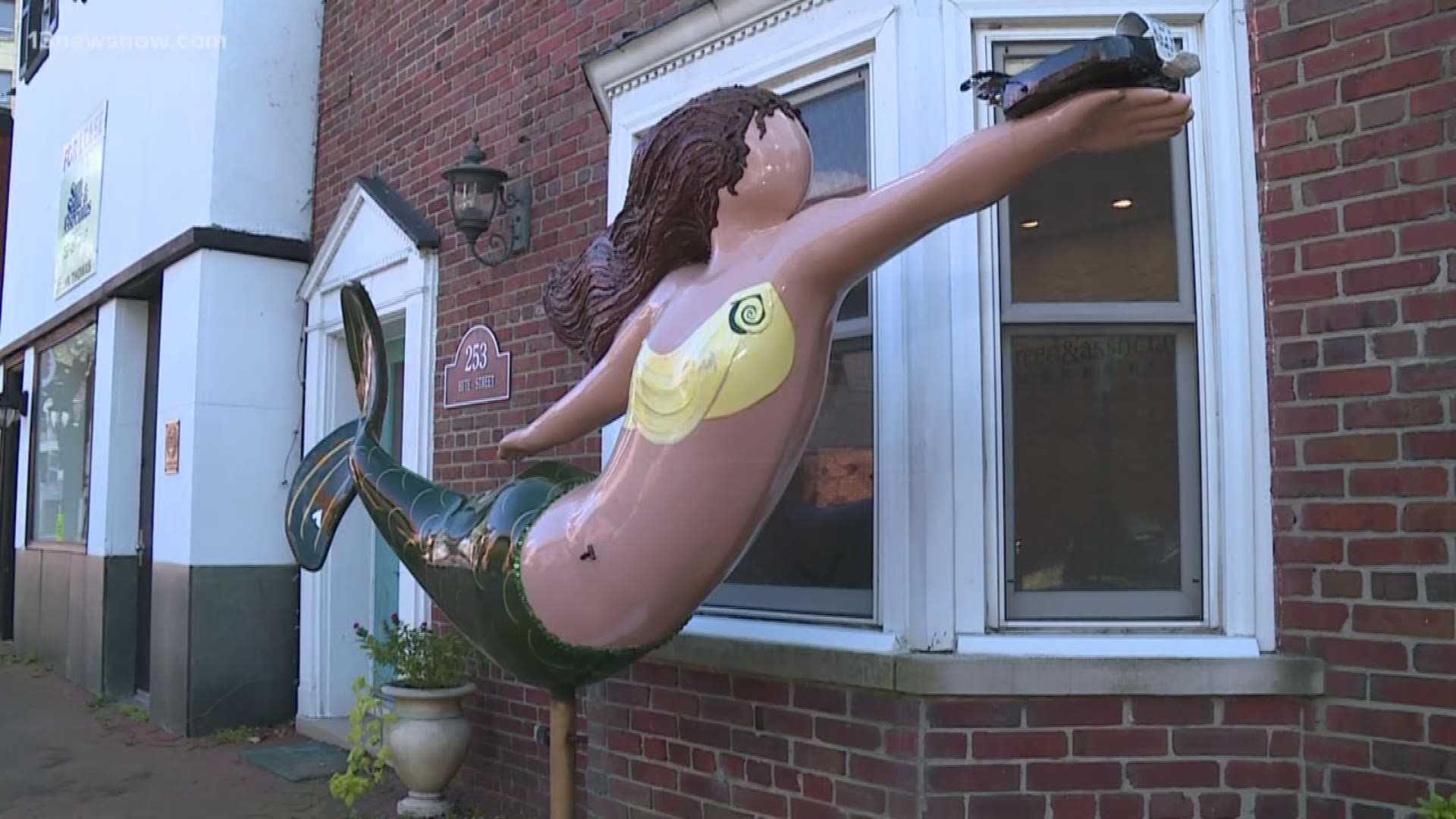 NORFOLK, Va. — The Norfolk Mermaid celebrates her 20th birthday in 2019.

Norfolk adopted the mermaid as its symbol in 1999. The idea was suggested by longtime Norfolk attorney and philanthropist Pete “Uncle Pete” Decker. He credited his wife, Bess, with the idea. She drew inspiration from Chicago’s “Cows on Parade” campaign.

The original mermaid design launched a campaign that led to a sea of sculptures, each based on a template created by local sculptor Georgia Mason and customized by local artists and businesses.

To celebrate 20 years, the Mermaid will be traveling the globe as a "mermaid in the mail" all year long and taking selfies along the way. Track the mermaid with the hashtags #Mermaid20 and #NorfolkVA.

The City of Norfolk is asking residents to take a mermaid with them on their trips. Headed to local historical sites, museums, concerts, or picnics? Take the mermaid! Packing for a trip? Take her with you!

RELATED: Marine poses for the most magical mermaid photo shoot ever