From small to large parade balloons, the same forces are at work—buoyancy. 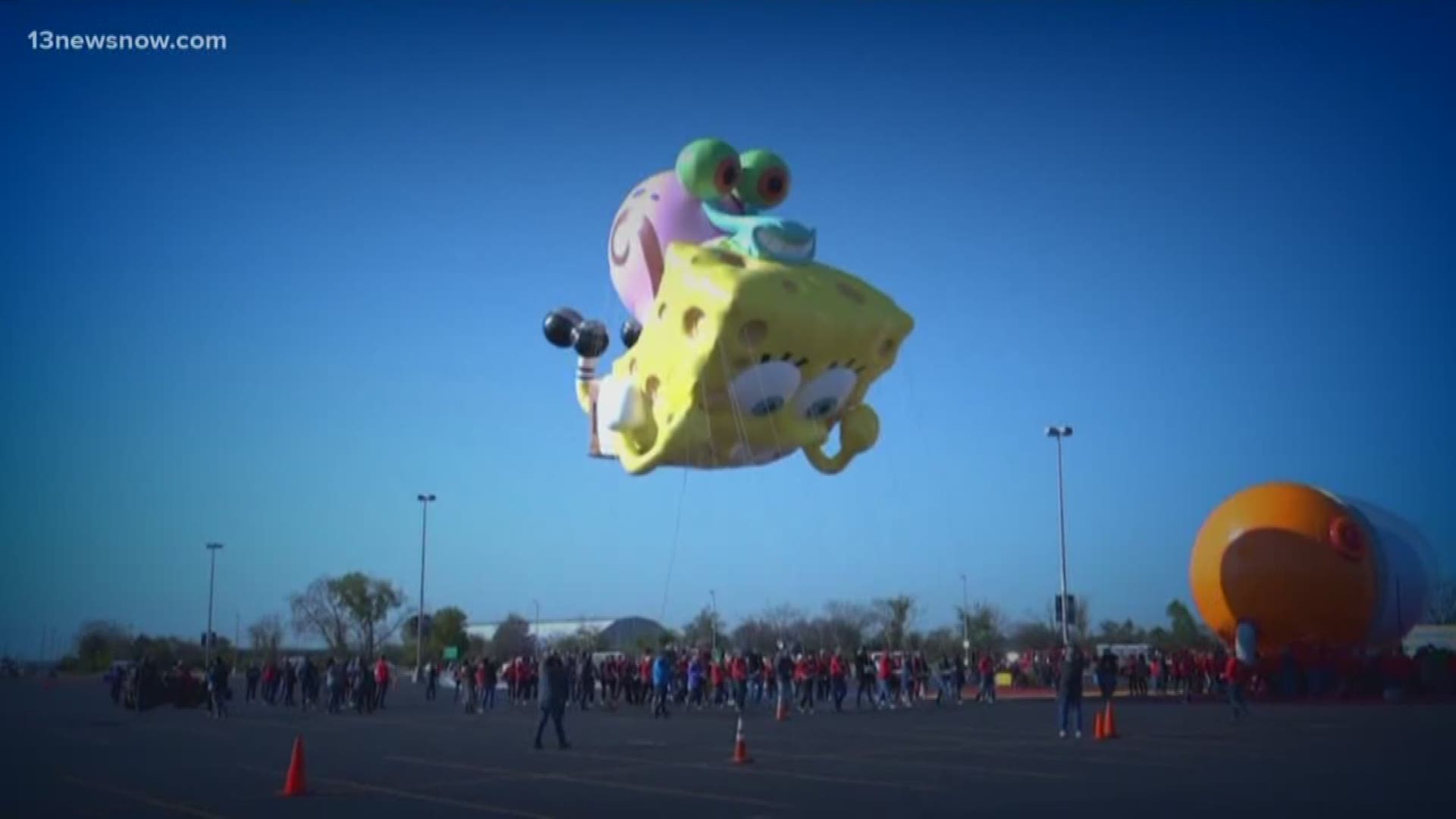 NORFOLK, Va. — Spongebob, Mickey Mouse and of course Snoopy. They're all staples of the Macy's Thanksgiving Day Parade!

For that, we can thank a force called buoyancy. Buoyancy is an upward force that works on an object and is the opposite of the force of gravity.

Everything, including people, have buoyancy but we don't float.

The reason why is that we have to take into account the density and mass of the medium around the object in question.

When it comes to humans in air, we're a little dense compared to the air surrounding us. In water, it's much more likely for people to float.

A balloon filled with helium is still lighter in weight than the air around it. Even those massive balloons that can weigh hundreds of pounds float because of the buoyancy force within them, thanks to helium

Since the helium is less dense than the air it displaces, the large characters can take flight. They do have some helping hands on the ground so that they don't take too much flight, however.

RELATED: SCIENCE BEHIND: The colors of the sunrises