Dario Calmese was the photographer behind the cover of this month’s issue of Vanity Fair, featuring Oscar-winning actress Viola Davis 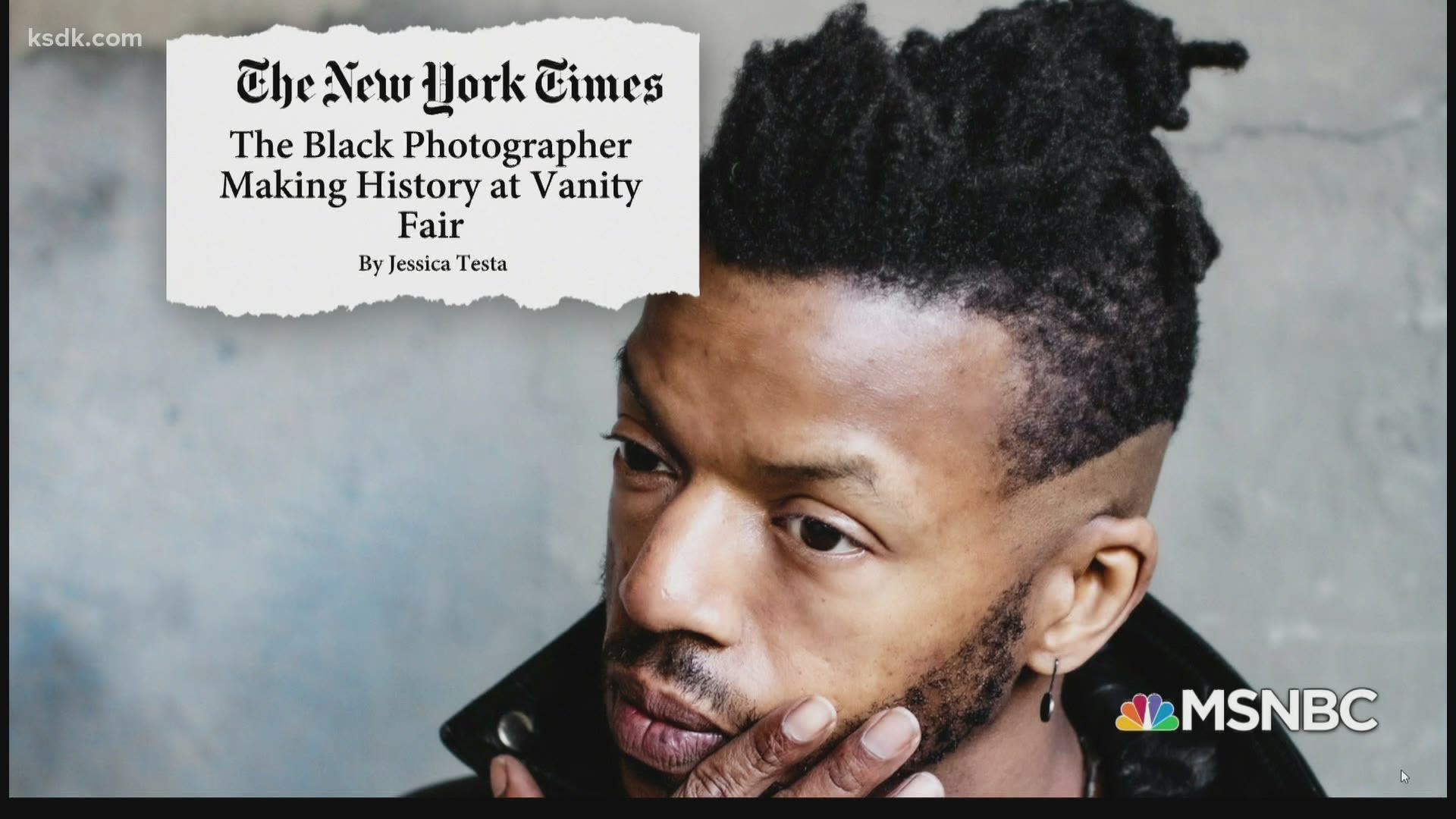 ST. LOUIS — A St. Louis native is making headlines for being the first Black photographer to shoot the cover of a national magazine.

Dario Calmese was the photographer behind the cover of this month's issue of Vanity Fair, featuring Oscar-winning actress Viola Davis.

In the issue, editor-in-chief Radhika Jones said for most of the magazine’s history, a Black artist, athlete or politician appearing on the cover was rare and said from 1983 to 2017, the magazine featured 17 solo Black people on the cover.

“This is his first major magazine cover, and we celebrate him and honor his vision at this heightened moment in American history,” she wrote of Calmese’s work.

Calmese was recently interviewed by the New York Times, where he talked about the inspiration behind the cover photo. He said it came from “The Scourged Back,” an 1863 portrait of a slave with scars on his back.

“When you look at it, it is gruesome and harsh. He pushes back more toward the camera. His hand is at his waist — you know that line, with his profile going down the arm and coming back. And so I was like, I can recreate this,” he told the New York Times.

In the re-created image, Davis sits with her back facing the camera, her head to the side, wearing a blue dress with the back exposed and has her hand on her hip.

Presenting our July/August cover star: @ViolaDavis. The Oscar winner—who’s set to star as Michelle Obama and blues legend Ma Rainey—talks to @SoniaSaraiya about her journey out of poverty and into the deeply troubling Hollywood system. https://t.co/NKm0nGeSbP pic.twitter.com/8QlGbh3OTS

Calmese is a graduate of the Hazelwood School District. After the district heard about his achievement, it featured him in its “Alumni Spotlight” on its Facebook page.

"Dario Calmese's ground-breaking achievement is another reminder of the brilliance that exists within the Black community and Hazelwood School District,” said Anthony Kiekow, director of communications for the district. “All of HSD is celebrating this historic moment in the story of America."