New research shows possible signs of a population recovery for the most common shark in Hampton Roads waters. 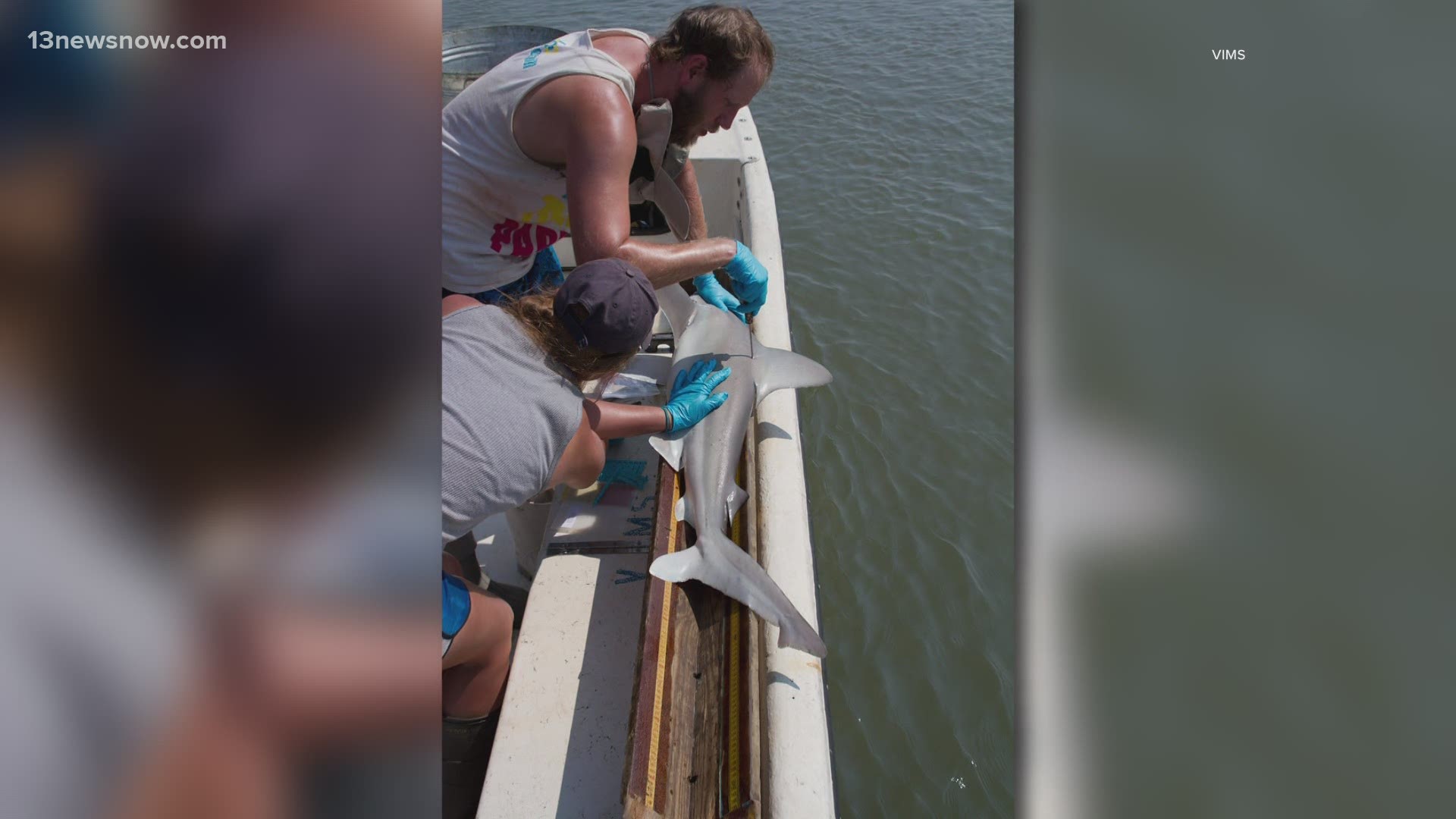 VIRGINIA BEACH, Va. — Baby sharks, or shark pups, could potentially be growing in population in the Chesapeake Bay.

The Virginia Institute of Marine Science takes part in the ongoing Cooperative Atlantic States Shark Pupping and Nursery (COASTSPAN) survey, locating shark nursery grounds along the East Coast. The Virginia portions of the Chesapeake Bay are sampled monthly during the summer.

It's an important survey, because one survey says shark and ray populations have dropped as much as 70% since the 1970s. Overfishing, climate change and pollution all contribute to the problem.

The COASTPAN research in the Chesapeake Bay is now showing possible signs of a population recovery for the most common shark spotted near Hampton Roads - the Sandbar shark.

The Bay is now one of the species’ major nursery grounds, which means shark pups are showing up more often off our coasts.

Before you swear off swimming: Sandbar sharks aren’t known for biting. In fact, there has never been a recorded shark bite in the Chesapeake Bay involving any species.

Here's a map of the COASTSPAN sampling stations for the Bay: