SB 1604 makes the penalty for animal abuse a class six felony, which carries a punishment of up to five years in jail. 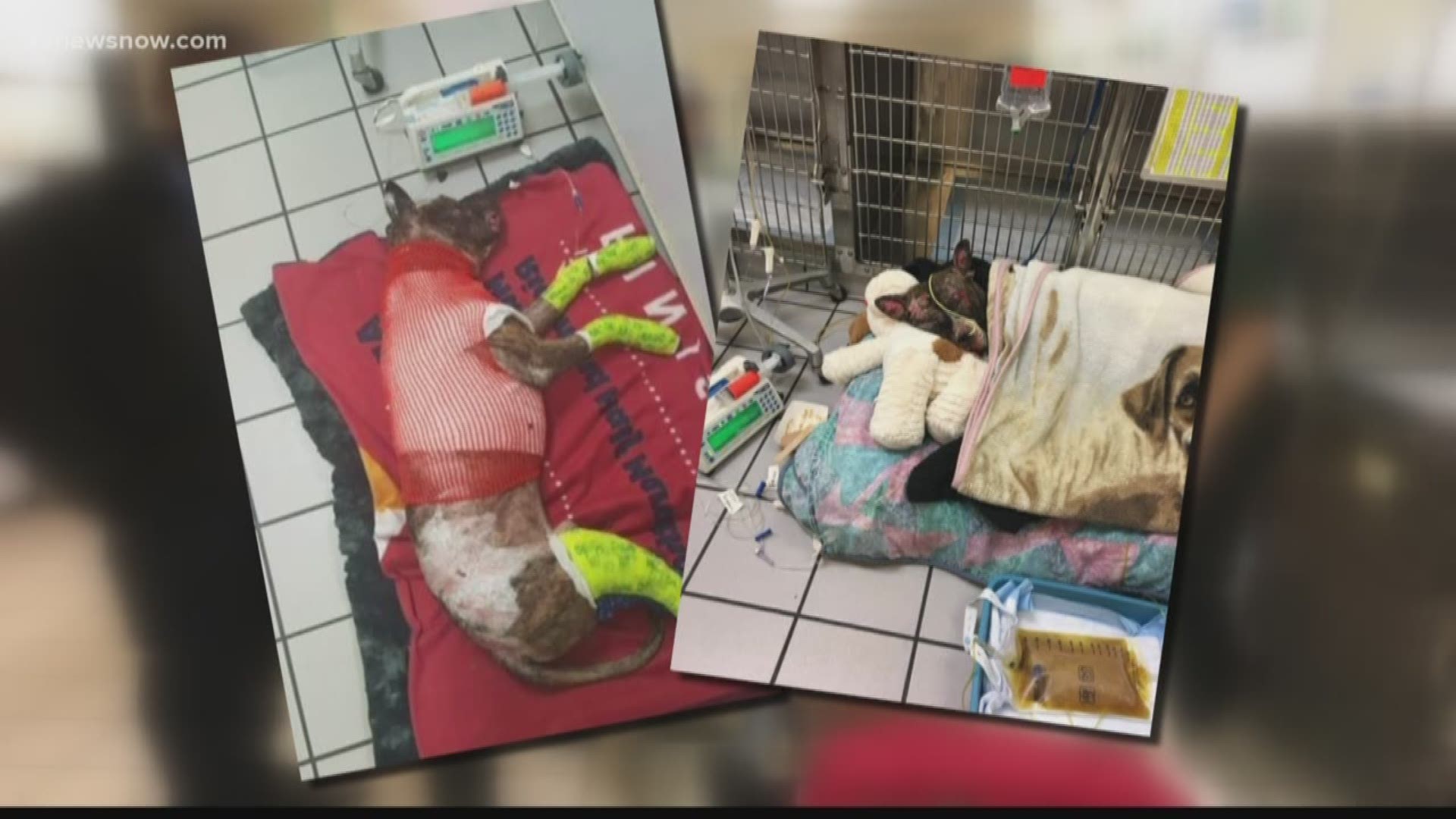 VIRGINIA BEACH, Va. — Under current state code, a person who maliciously harms a dog or cat is only charged with a misdemeanor and they would only be charged with a felony if the animal died.

There is currently a bill gaining unanimous support in the Virginia General Assembly that would change that to a harsher penalty.

SB 1604 makes the penalty of animal abuse a class six felony, which carries a punishment of one to five years in jail.

Virginia Beach Animal Control started looking into changes after a dog, Sugar, was slashed with a machete multiple times. She sustained permanent injuries and mental trauma.

"This dog deserves more than just the owner being charged with a Class 1 Misdemeanor,” said Animal Control Officer, Meghan Conti. “He willfully and intentionally went after her."

Conti worked with State Senator Bill DeSteph to draft the bill over the last three years.

She said the issue is very relevant after a pitbull in Richmond was severely injured when he was tied to a pole and lit on fire by a suspect who got away.

"It's unfortunate it happened, but it happened literally the day before we spoke to the House," Conti said. "After the code changes, we're looking at, if Tommie survives, it's a class six felony."

Conti said this is the "first step" and will most likely push for more animals to fall under the same revisions in the future.

RELATED: New law would protect students who use CBD and THC-A oils