She lived in the back of an SUV, now she's an author 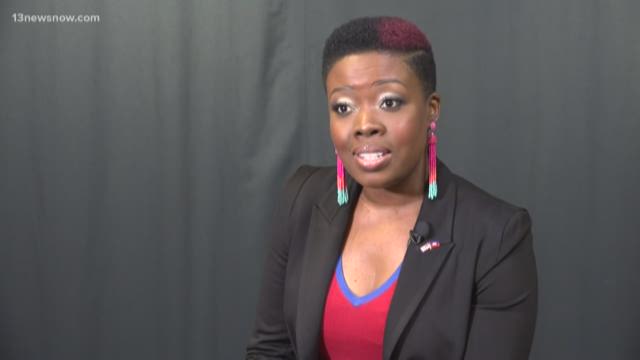 NORFOLK, Va. — It's an amazing tale of misfortune, perseverance, and eventually, victory.

In the summer of 2016 Yasmine Charles, a former Navy E-5/cook for future Chief of Naval Operations Admiral Gary Roughead, was living in the back of her GMC Jimmy after having fallen behind on her rent.

"I was desperate, homeless, and just on the verge of flunking college because the V.A. wouldn't help me," she said.

That's when -- for some reason she still can't explain -- she called 13News Now.

"I called the station, they connected me to you and you told me about the Vetshouse, and we're here today," she said back in 2016, as she moved into the non-profit transitional housing for veterans in Virginia Beach.

VetsHouse took her in, she went on to graduate from Norfolk State, and she now works for the Census Bureau.

She even goes back periodically to help raise money for VetsHouse and now, the Haitian native is raising awareness about homelessness.

"Out of that pain and frustration came this wonderful book," she said. "It's entitled 'Shut Up ad Look Cute! Diary of a Homeless Soul.'"

Her message: Never give up. And, be kind.

"That's what I really want people to get out of this book is, understand we are more alike than we are different," she said. "We are connected. And those stories of brokenness are what connects us as men and women."

Yasmine will be doing a book signing, Saturday, from 5 to 7 p.m., at the Barnes and Noble at MacArthur Mall.