In the summer of 2019, Annelisa Crabtree was almost completely unable to walk on her own. Two years later, she is gearing up for a big race. 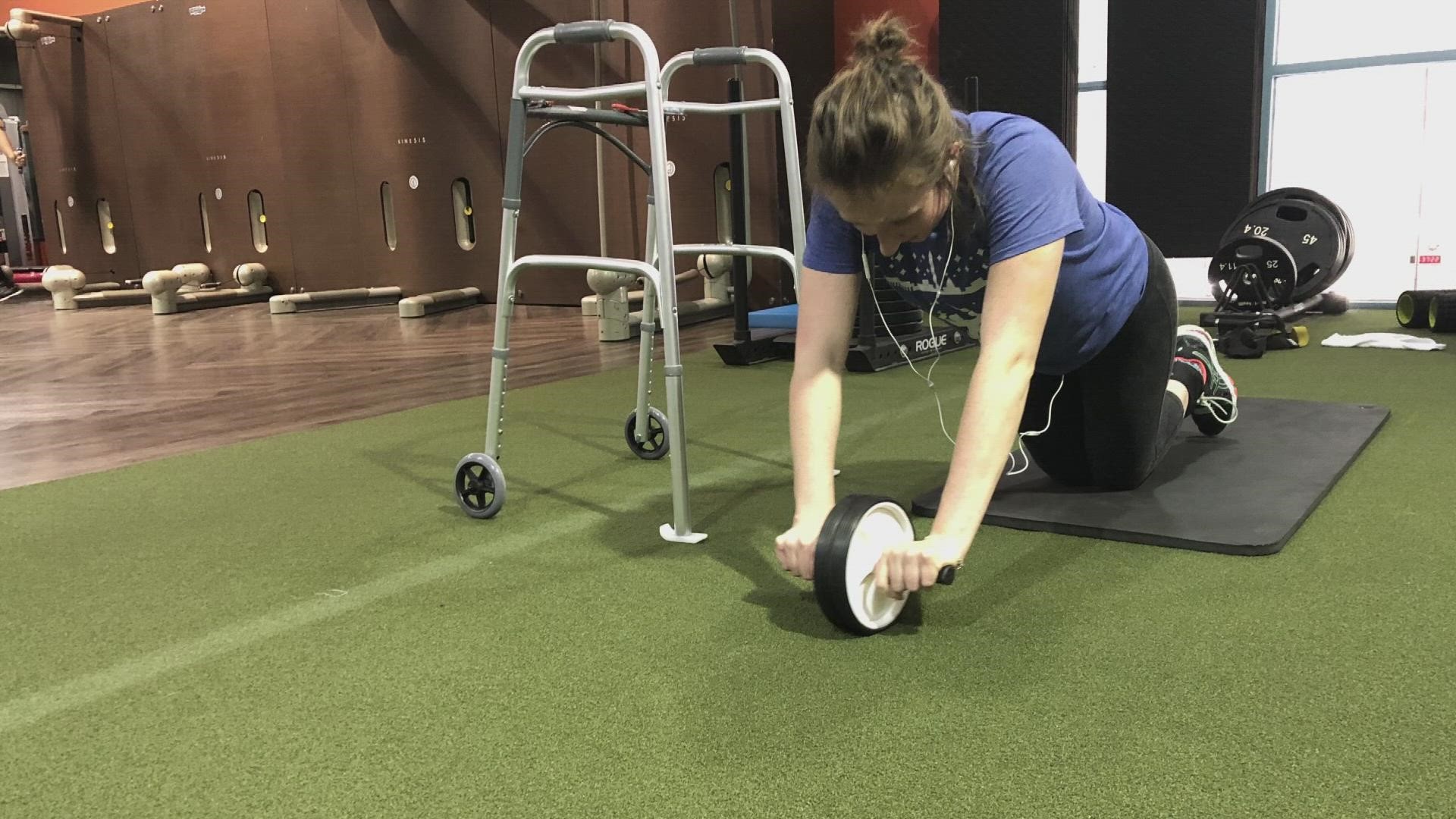 RESTON, Va. — Two years ago, a Virginia woman suddenly lost her ability to walk. Today, thanks to the determination and the help of a trainer-turned-friend, her recovery has come farther than she ever imagined.

Annelisa Crabtree went from being active to barely being able to walk.

"In the summer of 2019, I had some weird things going on with my legs. I felt like I tripped a lot," Crabtree said. "The physical sensation was kind of like wading through mud or concrete and it was just in my leg."

Her mystery illness had her in and out of doctors' offices. Without a clear answer, she wanted to take things into her own hands. Determined to regain her strength, she sought out a trainer.

"It didn't really feel like I had an option. It felt like if I wanted to be as strong as possible this was something I needed to do," Crabtree said.

She began working with Marvin Aronson at Sport & Health.

"She was walking with a cane and had braces on both legs to help her walk," Aronson recalled.

Eventually, doctors found what was causing Crabtree's condition: Hodgkin's Lymphoma. She began chemo and had surgery. Then the pandemic hit.

She continued to train at home in her own gym. She reunited with Aronson back at the gym at Sport & Health this year.

"She was walking. She was not using a cane. She had no leg braces, no balance issues. It was like night and day," Aronson said.

Crabtree said Aronson's training helped her not just walk again, but run 5K and 10K races since her diagnosis.

"It just feels like a really important moment because there was a time when I was like, 'OK, I think I might have run for the last time,'" said Crabtree.

Her recovery is one she credits to her trainer and her doctors.

"The oncologist said 'go live your life,' so I'm living it," she said.

Aronson credits her recovery to her outlook on life.

"No matter what may happen to you, no matter what you're dealing with, that positive attitude will just break barriers for you," he said.

Crabtree is preparing to run a 10-mile race in September. Even better news, she just had her one-year cancer screen and is still cancer-free.

Be sure to subscribe to the Get Up DC newsletter, where we'll be sharing an uplifting story every morning as well.