Living with Scars: Victim of shooting spree in Virginia Beach opens up about struggles with PTSD

For nine days, teenagers terrorized the city with a deadly shooting spree. One survivor, who's left with a bullet inside her, talks about the scars, including PTSD. 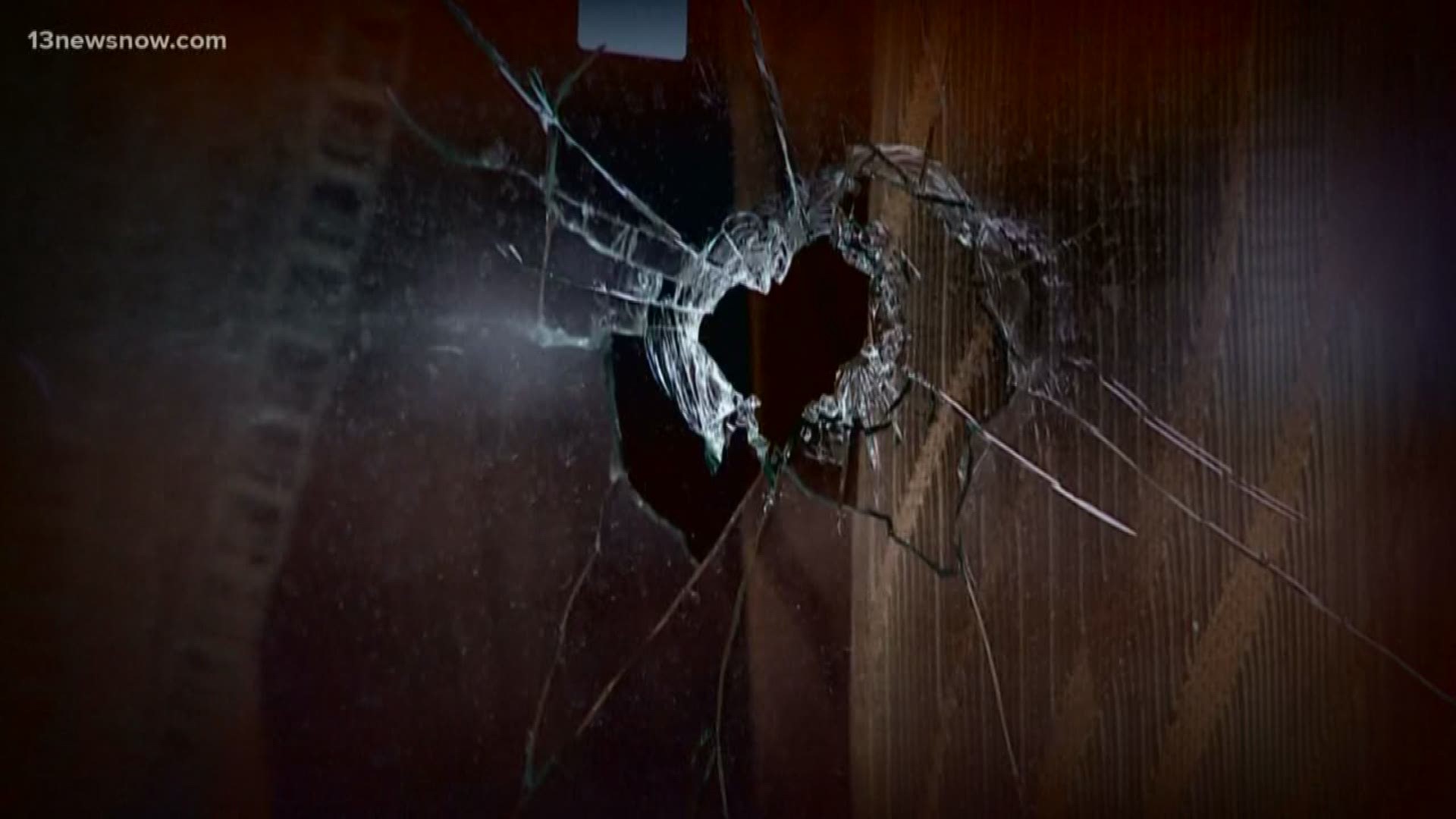 VIRGINIA BEACH, Va. — Cindie Szalkai navigates life with a bullet lodged in her body. She and her husband, Thomas, became victims of a random shooting spree in 2016.

They were inside their home in Virginia Beach at the time. The nine-day spree left two people dead. Several others were hurt by the gunman and his accomplices.

The Szalkais survived the attack, but the post-traumatic stress has been a daily battle for which they never could have prepared.

LIVING WITH THE SCARS

The night of December 7, 2016, was busier than normal for Cindie and Thomas Szalkai.

The couple was preparing to host family for the holidays and just returned home from buying Christmas presents. But while they were inside their home, gunshots erupted on their dead-end street.

“Never in your wildest dreams are you expecting that you’re going to get shot in the next two seconds,” Cindie said.

Cindie went to the front door to investigate the commotion. Her curiosity almost cost her her life.

“I saw them. They saw me. They started to run towards the house,” Cindie said. “That’s when they shot through the door.”

It was after a gunman shot their neighbor that he fired four rounds into the Szalkais' home. Once the bullets pierced the front door, they hit the couple.

Cindie was hit in her shoulder and the back of her head. The bullet that hit her head traveled across the living room and hit Thomas.

And the gunman was on the run again.

A flood of emergency vehicles arrived on Dunnbrry Court. EMTs provided aid to the three victims on that street: Cindie and Thomas and their next-door neighbor.

Doctors told Cindie she was two millimeters away from being a quadriplegic, if not dead. They decided it would be too dangerous to remove the bullet stuck inside her body.

To this day, she and the others live with scars, both seen and unseen.

Crime victims may be eligible for state compensation if they meet certain criteria.

After meeting that criteria, Cindie and Thomas initially were covered by the Virginia Beach Victim-Witness Program, but they soon were on their own when it came to paying their bills.

“Somebody in a car accident, they go to court and get money from the insurance company for a settlement,” Thomas said. “We don’t get no settlement. Who do we sue? The kid was 17 years old.”

“I want people to understand that not just us, but other people are victims of tragedy," Cindie said.

Cindie is on a mission to spread awareness and advocate for more victim resources.

“There’s a lot of people in this community that have been injured in shootings or violent crimes through no fault of their own and can’t go back to work,” Cindie. “For most of us, we’re left still hanging, still trying to heal, to fix the wounds, to fix the scars."

The Virginia Department of Criminal Justice Services (DCJS) and the Virginia Victims Fund (VVF) are the lead coordinating agencies for crime victims.

The VVF is one state program available to help victims of violent crime with out-of-pocket expenses, but claims are capped at $35,000.

The VVF is not funded by tax dollars. Instead, it relies on other means including court fines, restitution, and private donations.

There are more than 100 victim-witness programs throughout Virginia. The majority fall under the Commonwealth’s Attorneys' offices.

But Cindie Szalkai thinks more resources could be dedicated to helping victims throughout their lifelong journey of survival.

“You’ve gone through all these traumas and then, okay, well, I’ve got to fight to get reimbursed," Cindie said. "I have piles of medical bills that I still need to pay because they result basically from the injury."

Cindie Szalkai’s testimony helped lock up the people responsible for the shooting spree for decades.

A judge sentenced Angelo Worlds to 75 years in prison, Nicholas Cates to 50 years, and Maurice Boney, Jr. to 40 years.

“There were two people behind our car that night, and no one has admitted to being that second person,” Cindie said. “We don’t know if it was Maurice Boney or if it was Nicholas Cates, or if there was a fourth person. We don’t know, and that’s a question we’ll probably never have answered.”

There also was never a clear motive in any of the shootings.

The first murder happened December 2, when Worlds and Cates went on a joyride during Cates' lunch break. Worlds grabbed Cates' gun and shot and killed Zacarias Aguilar-Ayala. The pair found him sitting in his truck in the Cardinal Estates neighborhood.

Prosecutors say Cates and Boney, Jr. went for a drive in the middle of the night, looking to “take a life.” They settled upon an easy target, 60-year-old Christine Bender, as she stood in front of her Campion Court home.

After asking the woman to borrow her lighter, Cates shot Bender several times, murdering her in cold blood.

Three days later, Szalkai, her husband, and their neighbor were hit and hurt, but they all survived.

“None of us asked for this. No one knew this person. We were just victims in our own home," Cindie said.