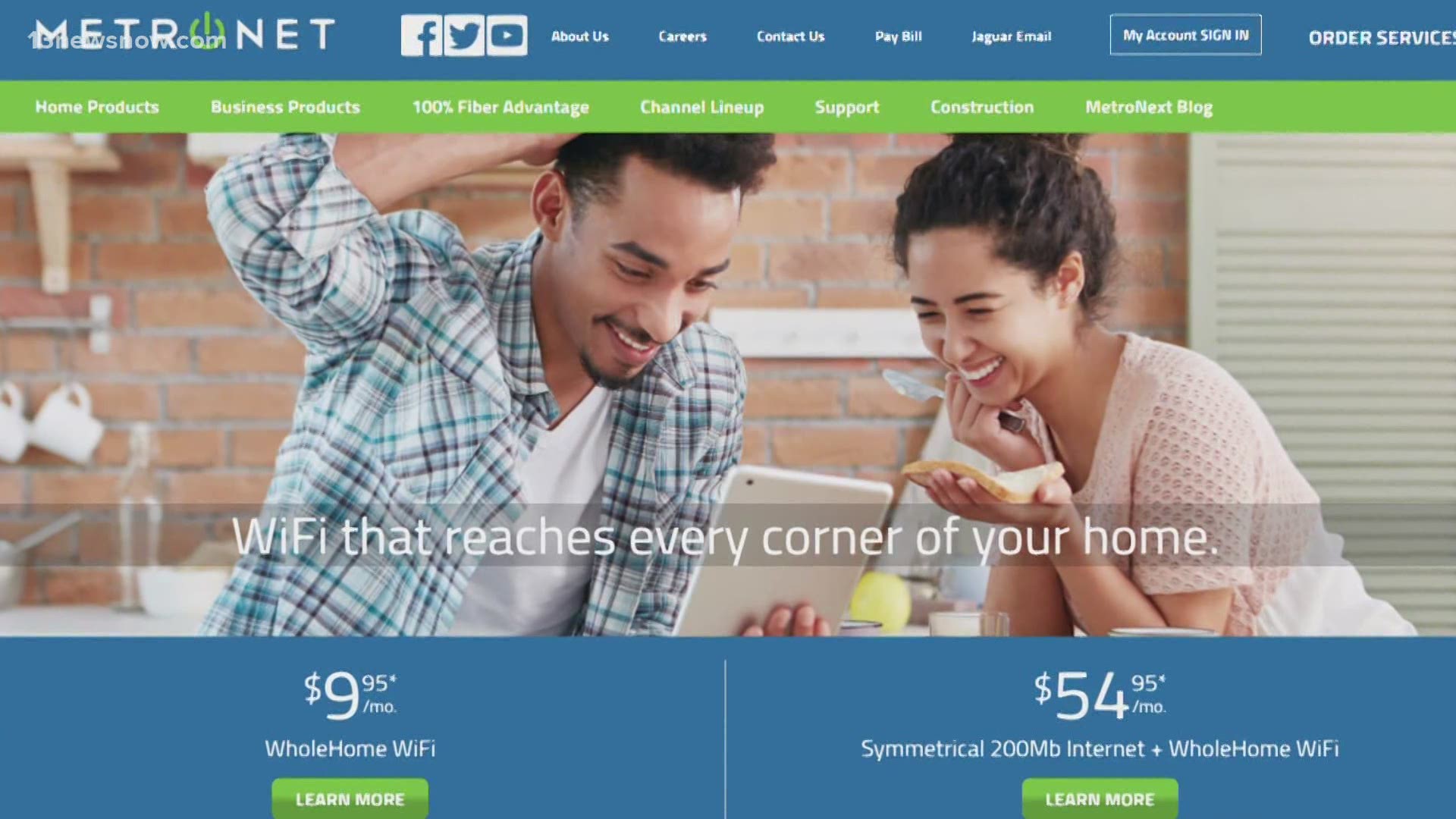 NORFOLK, Va. — People in the City of Norfolk are about to have a new internet option provided by MetroNet.

For years, Norfolk residents only had limited options for high speed internet - a "must" for students learning at home and employees working from home during the pandemic.

“We estimate starting construction there in the fall of 2021. Not very far away at all," said MetroNet's director of business development and government relations, Kathy Scheller.

Scheller said the company will become the second high-speed internet, television, and phone provider for the city of Norfolk. MetroNet will compete with Cox Communications.

“Typically when we come into a community we are the competition that is coming in, and we come in with excitement to make that impact," Scheller said. "Typically when competition comes in, our competition gets stronger - it’s a better marketplace for the residents businesses alike that live there."

Podcaster and insurance agent Victor Benlice needs the internet for his businesses to function.

“Technology is one of the most competitive industries out there," said Benlice.

He just found out about MetroNet internet service coming to the city of Norfolk.

“I definitely hope that eco-friendliness is a part of their competitive analysis and what they are bringing to the community," Benlice said.

Right now, he works in an office located in the networking space called Gather Norfolk.

“The workforce is shifting to people work from home some days, and coming to the office on other days," he said. "This is going it be a big help for them. Our main focus is to make sure they are more productive, whether it’s in our space or they work from home - it’s great."

On Thursday, in the mayor's State of the City address, the city of Norfolk announced that MetroNet will be coming later this year.

Scheller said MetroNet will notify homeowners and businesses before they start construction.

“But we just don’t build a whole city and then light it up. What we do is, we’ll light up neighborhood by neighborhood as we come through the cities. So we’re excited about that.”

MetroNet explained this is a $90 million infrastructure investment they are bringing into the city.

The company is in several states, and Norfolk will be the first city in Virginia to have their services.

Cox Communications has been in the Hampton Roads of this new competition.

Their full statement is below:

Cox is no stranger to competition; in Norfolk alone, there are competitors who like Cox, offer up to 1 gigabit of speed to residential customers. Over the past 10 years we’ve invested more than $2 billion in our infrastructure in Virginia, and all homes in our service area will have access to 10gig speeds in the near future.

With nearly 1500 employees who live and work in Hampton Roads, Cox has proudly connected this region for more than 40 years. Our nationwide network includes thousands of miles of fiber in Hampton Roads and more than 200 in Norfolk alone, while providing critical access to the transatlantic fiber lines.

Whether it’s access to ultra-highspeed internet or our low-cost broadband program, Connect2Compete at $9.95 per month, we’re ensuring everyone has the connection they need today.

We look forward to providing the best value for our business and residential customers and remain committed to ongoing investments in our communities, including Norfolk through organizations such as Boys & Girls Clubs and 757 Collab, to ensure the region remains a great place to live, work and play.