Dr. Denise Charbonnet knows how dangerous hurricanes can be. She survived Hurricane Katrina in 2005. Now, she's worried for her family and friends in the Gulf Coast. 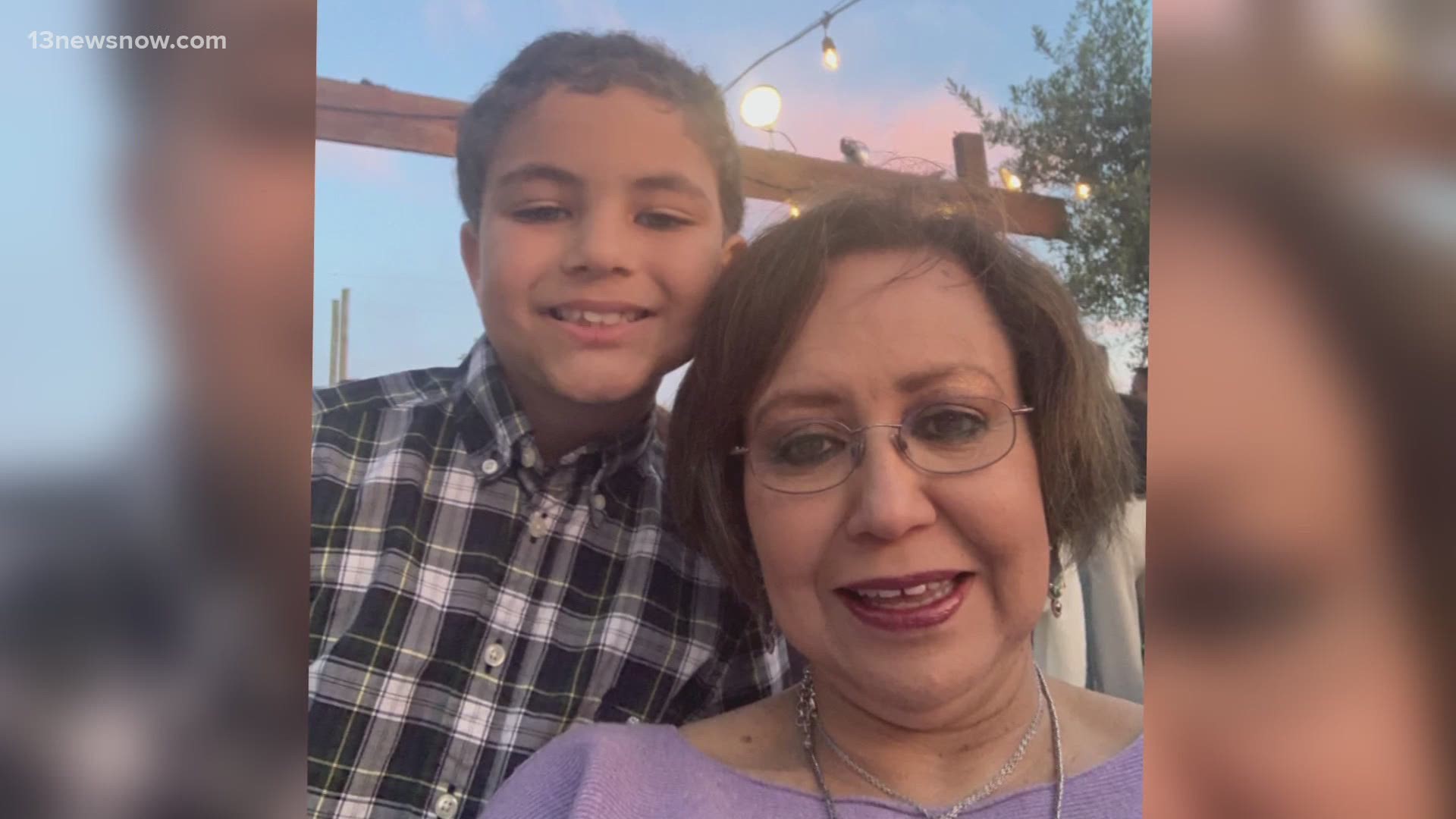 NORFOLK, Va. — The anticipation ahead of Hurricane Laura kept Dr. Denise Charbonnet up at night.

“We were concerned and watched the news. It was difficult for me to sleep last night,” said Charbonnet. “It’s difficult to sleep because a storm could be a wild card.”

Her family in New Orleans made the decision not to evacuate. Charbonnet said the threat of COVID-19 was a concern for them and they were worried about the health and safety of her father’s condition. He’s a 95-year-old World War II veteran.

Thankfully, on Thursday they're all OK.

“It was a relief to know that everything was OK... as OK as it could be,” said Charbonnet.

Aside from her immediate family, she spent Thursday checking on other relatives and close friends in Texas.

“We have a lot of close friends from New Orleans who fled to Houston, Texas after Katrina, so we’re concerned about how they’re doing in the aftermath of this storm. They didn’t evacuate,” said Charbonnet.

Charbonnet knows the damage hurricanes can cause. She survived Hurricane Katrina 15 years ago when she lived in New Orleans.

Charbonnet said she was stuck on the second floor of her flooded home for six days. Her house was so flooded, she had to swim downstairs to find canned goods in her pantry.

Charbonnet lived off of canned food and water bottles until the Coast Guard rescued her.

“I had six feet of flooding in my house. Within moments, I lost everything material that I owned,” said Charbonnet. “If I had lived in a one-story home, I probably wouldn’t be talking to you right now.”

On Thursday, she felt a sense of relief knowing her loved ones were OK in the aftermath of Hurricane Laura.

Even then, Charbonnet said she’s worried about what the rest of the hurricane season holds amid an ongoing pandemic.