Restaurant owners, museums react to the changes Phase 3 will bring

When Phase Three begins, restaurants and non-essential businesses will no longer have to limit their capacity. 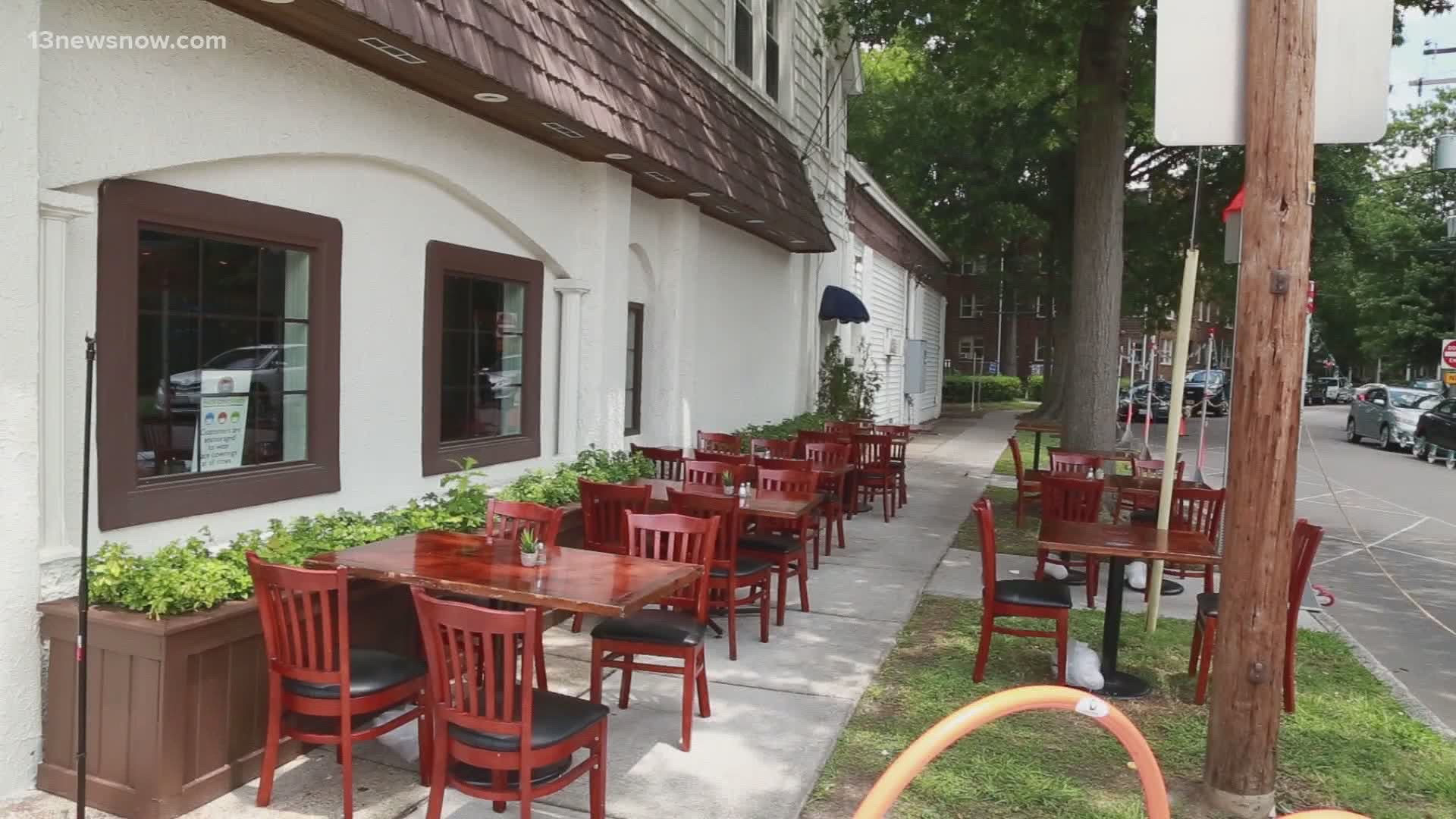 During a press conference Thursday, Gov. Ralph Northam said it’s still too early to set a date for the beginning of Phase Three, but the earliest it will be is June 26.

RELATED: Here's what 'Phase 3' will look like in Virginia

At the Orapax in Norfolk, owner Nick Seretis said the changes won’t make much of a difference for his restaurant.

“Because you still have that social distancing, so it’s probably still gonna be 50 percent occupancy inside, and not much will change for our restaurant as far as our space is concerned,” said Seretis.

Seretis said his family-owned restaurant suffered tremendously when they were forced to shut down. Takeout orders helped ease some of the financial losses they faced during the early stages of the pandemic. Seretis said his restaurant made a comeback during Phase Two.

With the help of the City of Norfolk, Orapax reopened and created an outdoor dining space.

“The outdoor option has helped tremendously,” said Seretis. “I didn’t have outdoor dining, which gave additional seating, so truthfully we are almost at full capacity if the sun is out like today, it’s a good day for us.”

Over at the Chrysler Museum, Director Erik Neil and his staff have decided that as Phase Three begins, the museum will stick to the rules under Phase Two.

“We can accommodate quite a few people, but we felt like, let’s get this right,” Neil remarked. “Let’s make sure that people feel good about coming to the museum.”

Currently, the museum is only open to members, but it’ll reopen to the public this Saturday.

Neil said they’re increasing cleaning protocols, limiting the number of people inside of the building, and checking people for symptoms of COVID-19 when they enter the building.

While Neil and Seretis manage two completely different facilities, they can both agree: as things get better, it’s nice to see the beginning of a return to normal.

“We’ve been really trying to adapt to this quarantine situation that we’ve all been living through, but I’m gonna be happier when we’re able to have people in the building experiencing the art directly,” Neil said.

Orapax is continuing on its path to recovery after facing many challenges over the last several months.

“We’ve been around for 50 years, in our 50 years you can imagine many things have happened in our restaurant,” said Seretis. “Never in our lives have we experienced a situation like this.”

He knows his grandparents would be proud to see that the next generation has made sure the family is alive and recovering from these turbulent times.