Dave Belote was a contestant on Jeopardy! starting in 2009. He said the Alex everyone saw on television was the Alex you'd meet in real life: kind and thoughtful. 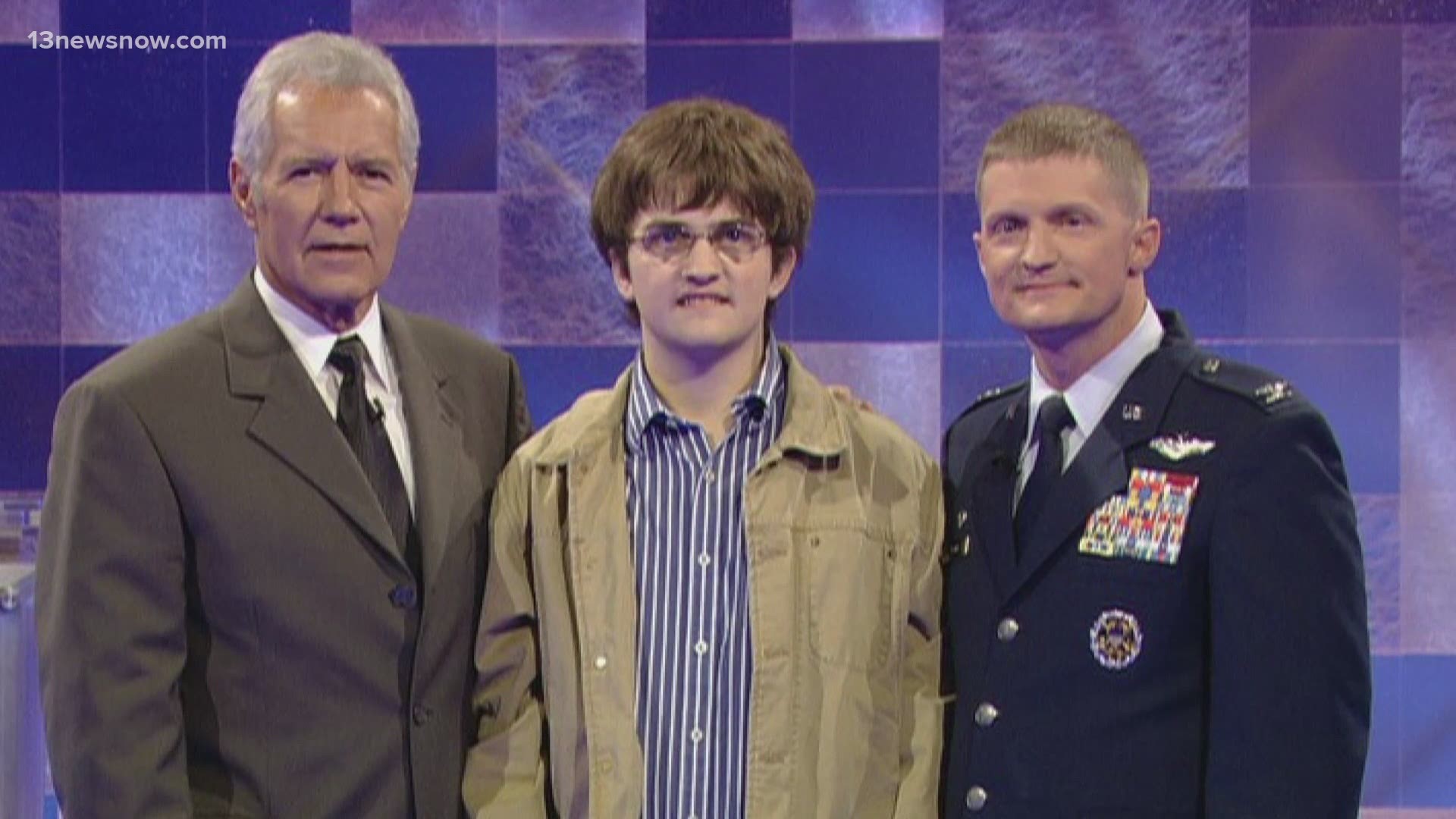 VIRGINIA BEACH, Va. — It’s a show millions watched on TV over the years: Jeopardy!. Over the weekend, beloved, longtime host Alex Trebek died at the age of 80.

Those who were lucky enough to make it on the game show say the Alex Trebek we all saw on TV was the Alex you'd meet in real life.

“He was kind and thoughtful and engaging,” Dave Belote explained.

Jeopardy was adored by generations. Trebek brought people together to watch his show six days a week.

Former Air Force colonel and fighter pilot Dave Belote from Virginia Beach said he got to know Trebek while on Jeopardy!. He won more than $140,000.

Last year, Trebek announced he had pancreatic cancer, but promised the show would go on. He died on Sunday, Nov. 8, surrounded by his family. Belote is among the millions of admirers mourning the iconic game show host.

“He shared his difficult days, how he shared his triumphs and was always open about everything,” Belote explained.

Belote said he will always remember Trebek as the most down-to-earth celebrity.

"I retired as the commander of Nellis Air Force Base. At the tail end of my retirement ceremony, the general officer who was retiring me said, 'Wait we have one final farewell for you,' and it was a taped message of thanks and congratulations from Alex Trebek," Belote explained.

It’s the memories he won’t forget. Belote said Alex Trebek will be missed by those who knew him and who watched him on the big screen.

“Thirty-six years of grace and humor. Every one of us who ever met him will remember him fondly,” Belote explained.

Jeopardy! said that no new host has been named yet.