The Faith Works Coalition promised the couple they'd restore their home, then the homeowner passed away. The group still kept its promise. 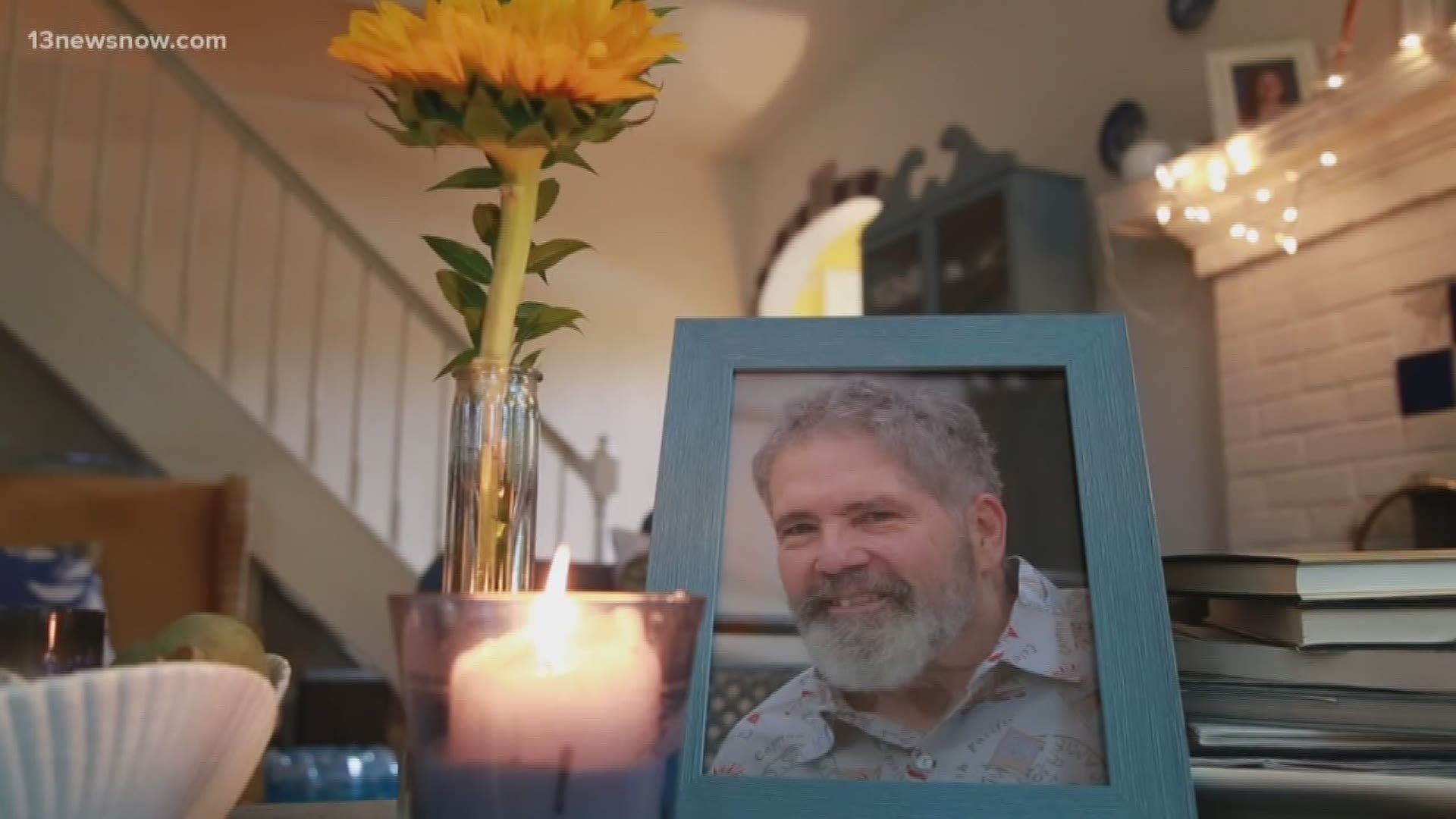 VIRGINIA BEACH, Va. — It was a labor of love.

On Thursday, a group of retirees volunteering with the Faith Works Coalition completed a major milestone. The group of handymen restored its 1,000th home. As they improved the safety of a Virginia Beach home, their focus was to give back to the couple who has given so much to others in the community.

The project has been planned for months. Its goal was to help the owner, Dan Shain, who battled Alzheimer’s and Parkinson’s disease.

Volunteers improved the front steps leading up to the home in order to make them safer. They replaced the uneven pavement outside of the home.

Unfortunately, Dan passed away a few weeks ago. He never had the chance to see the changes to the home.

Glen Sweitzer, President of the Faith Works Coalition, said the group was determined to help him and his family.

“He is such a humble guy that he never wanted to take credit for the things he was doing, so I think it’s important to give back to him and their family and give honor where honor is due,” said Sweitzer.

“They built a legacy in the community for helping the homeless. Since that’s part of our mission, we really wanted to come and be a part of something that we can give back to them.”

Although Dan passed away, the group kept its promise to him and his widow Deborah Maloney-Shane.

“To just receive this generosity is just so heartwarming at a time when my heart is grieving,” said Maloney-Shain.

Inside the home, she was in tears as she mourned the recent loss of her husband. Maloney-Shane was emotional as she looked back at old pictures of him. She said she’s struggling to get used to the fact that he is no longer in the home.

But the loud machinery from the handymen outside helped drown out the quiet in the home.

For many years, she and her late husband helped the homeless and the people in their community.

Now, the help has returned back to her front steps.

“That kind of love and care in the community means everything,” said Maloney-Shain.