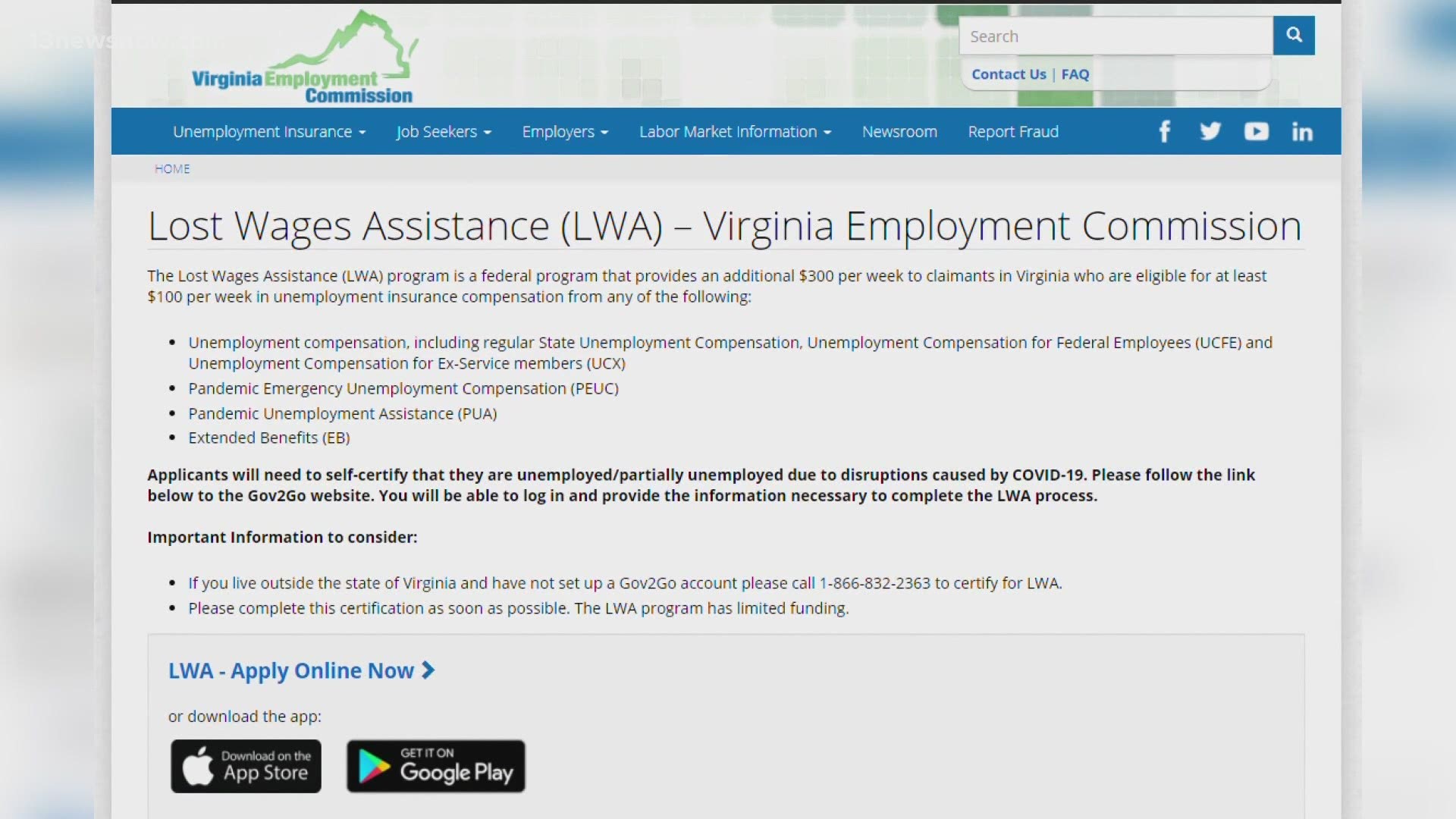 NORFOLK, Va. — Virginia is one of the last states to pay out federal Lost Wages Assistance benefits, but close to 400,000 jobless workers are now receiving a total of $481 million in supplemental unemployment benefits.

After multiple delays - due to federal guidance, programming errors, and a cut power line - Virginians are receiving up to $1,800 in retroactive benefits.

The LWA program is retroactive to benefit weeks between July 25 and September 5, providing eligible workers a federal supplement of $300/week.

The previous federal supplement of $600/week expired on July 25.

“I’m just very thankful that the money did come and I do have that to work off of," Otey said.

Otey said the wait for the LWA program was difficult.

“It’s been grueling because it took them four weeks to get the system implemented and then we find out there’s further delays, and there’s a fiber optic cable cut, and a bank holiday.”

Otey said she's also waiting on retroactive payments from April. She said she filed weekly claims for PUA benefits and received money starting in May, but VEC didn’t pay her retroactive benefits for the six weeks prior. Otey said no one has been able to resolve her case.

“Virginia definitely needs to do a better job of taking care of its people," she said.

A VEC spokesperson said the commission is four months behind on adjudications and case reviews of contested claims, working on June reports now. VEC reports it’s doubled the number of reviews the staff can process in a week from 6,000 to 12,000.