The statue is being relocated to another spot in the city. 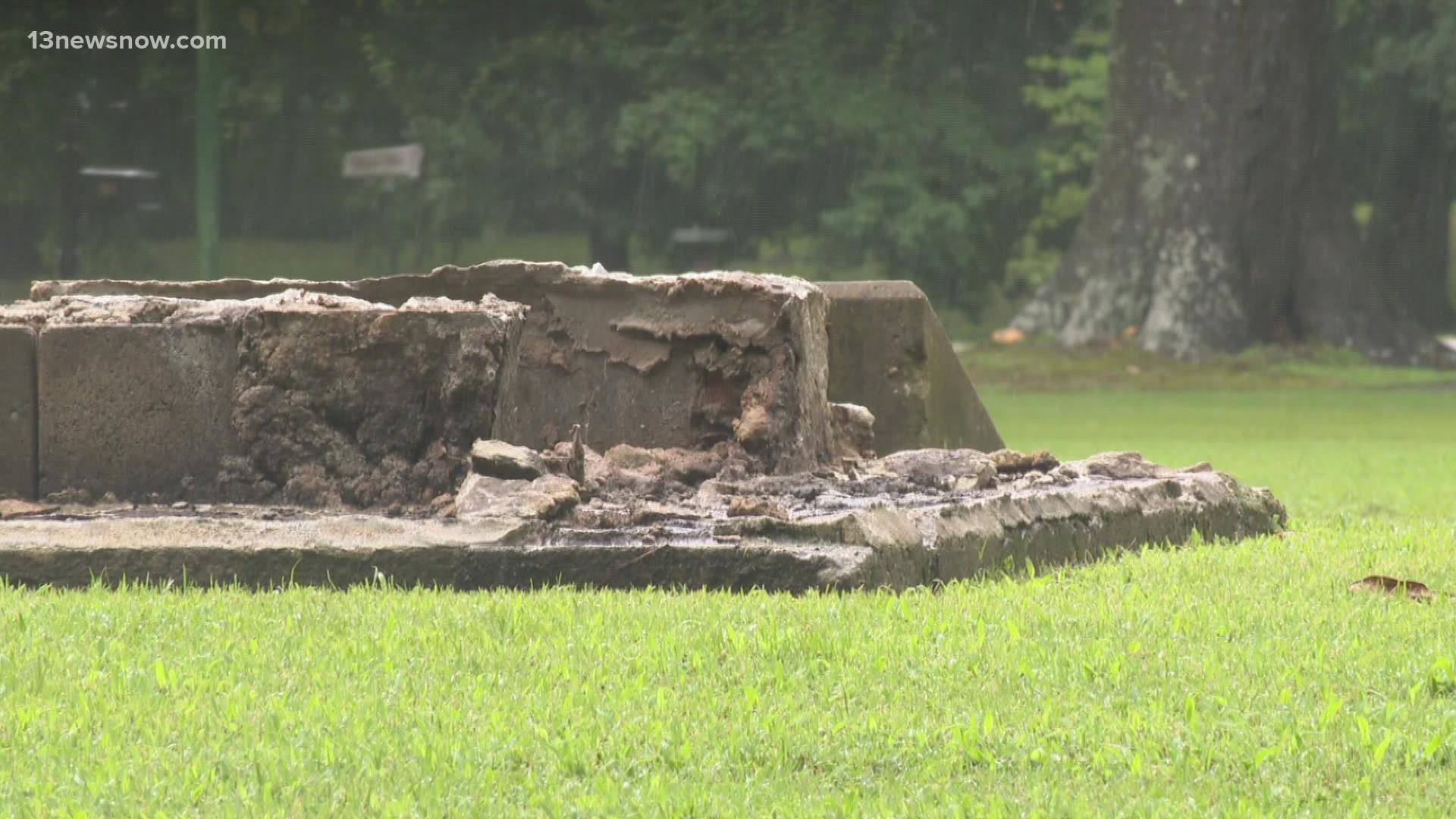 The statue stood in Franklin for 110 years before crews took it down, Saturday.

Franklin is the latest city in Virginia to remove and relocate a confederate monument. It joins other cities like Portsmouth, Norfolk, Charlottesville, and Richmond.

According to the Historic Markers Database, it was erected in 1911 by the Agnes Lee Chapter of the United Daughters of the Confederacy. Their sources said it was originally erected at the center of town at the intersection of 2nd and High Streets and has been relocated a couple of times since then.

As had previously been reported in Tidewater News, the Franklin City Council voted 6-1 in September 2020, to relocate the monument from its spot between Clay Street and Meadow Lane to nearby Poplar Spring Cemetery. They allocated $60,000 to pay for the relocation and put the work out for bid.

People in Franklin fall on both sides of the monument debate, but most people agreed the confederacy is a part of history that shouldn't be forgotten.

"It's good to remember the good and the bad," Dean Pitters said. "Because if you know what happened then you won't let it happen again. If you sweep it under the rug then people tend to think it's clean, but you've got a dirty house."

Another man, Ian North added: "Well honestly I really don't think it matters... It doesn't really affect me in my daily life."

Whether or not there should monuments paying tribute to confederate soldiers, has become a major issue. Those against it say the statues stand for racism, while others say it's about preserving their heritage.

Franklin city leaders plan to relocate the statue to a cemetery.

"I think it should be left where it is," Jamie Entwistle said. "I think that putting it in a cemetery is going along with the history of people that passed but everything should be left the same the way it is."