In a continuing week of events at O'Connor Brewing Company, Virginia NORML and the brewery hosted residents to continue talking about cannabis policy reform. 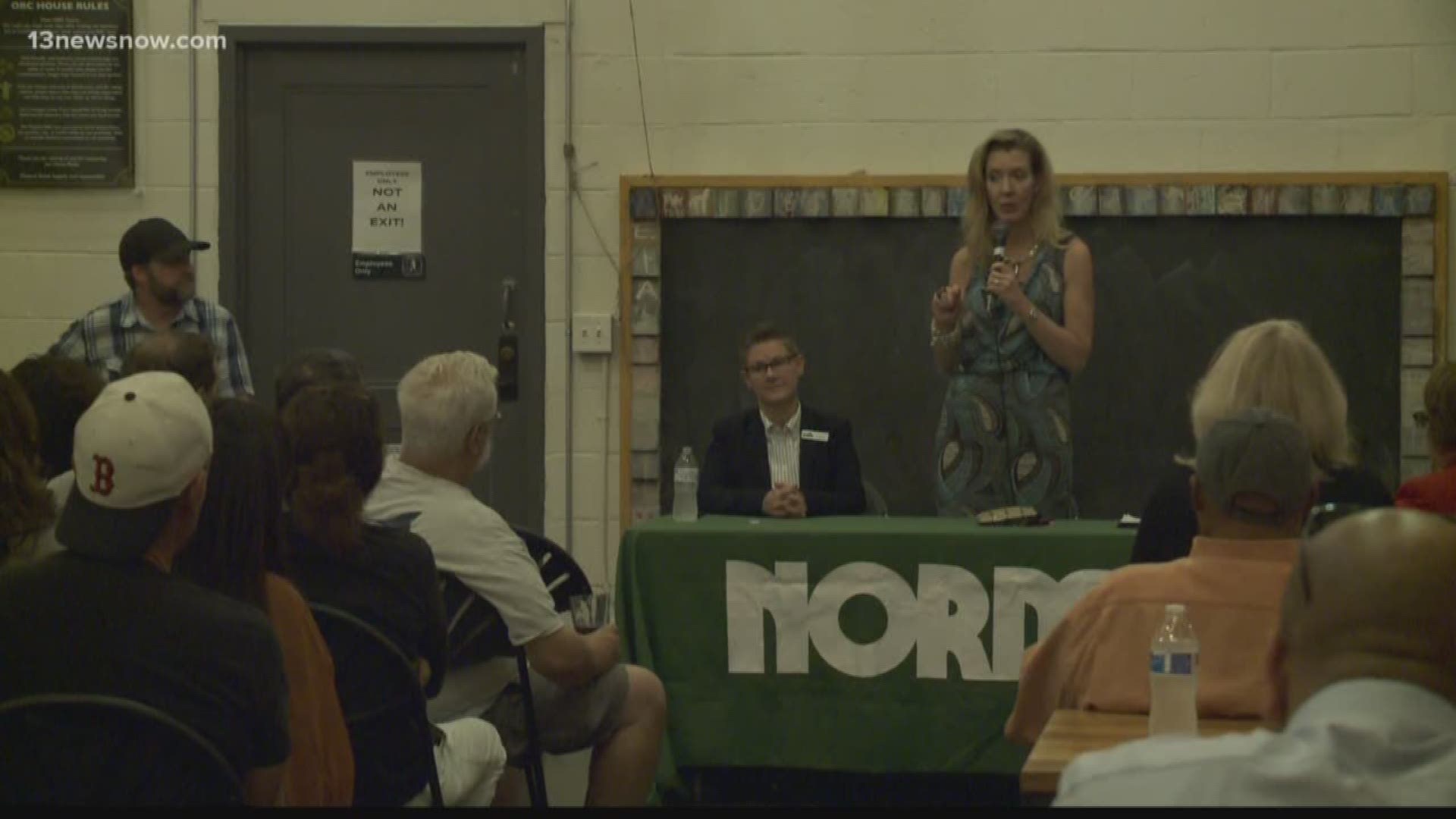 On Thursday night, they were joined by Norfolk city leaders, like Norfolk Commonwealth's Attorney Greg Underwood.

"I think we're behind the times. I think marijuana reform should've happened a long time ago but Virginia is, as in most cases when it comes to criminal justice reform, we're not the cutting edge," said Underwood.

The big question Thursday night was "Can Norfolk legalize marijuana?" The answer is no. Virginia is a Dillon Rule state, so a city can't legalize it but there are ways residents and leaders can push for it.

"The bottom line is marijuana policy reform is favored among all demographics in Virginia," said Pedini.

The event answered the big question and also other questions from people in the crowd, making the event a safe space for all people no matter who took which side of the discussion.