Members of the Salt Church congregation filled shoeboxes with gifts as part of a global effort called Operation Christmas Child. 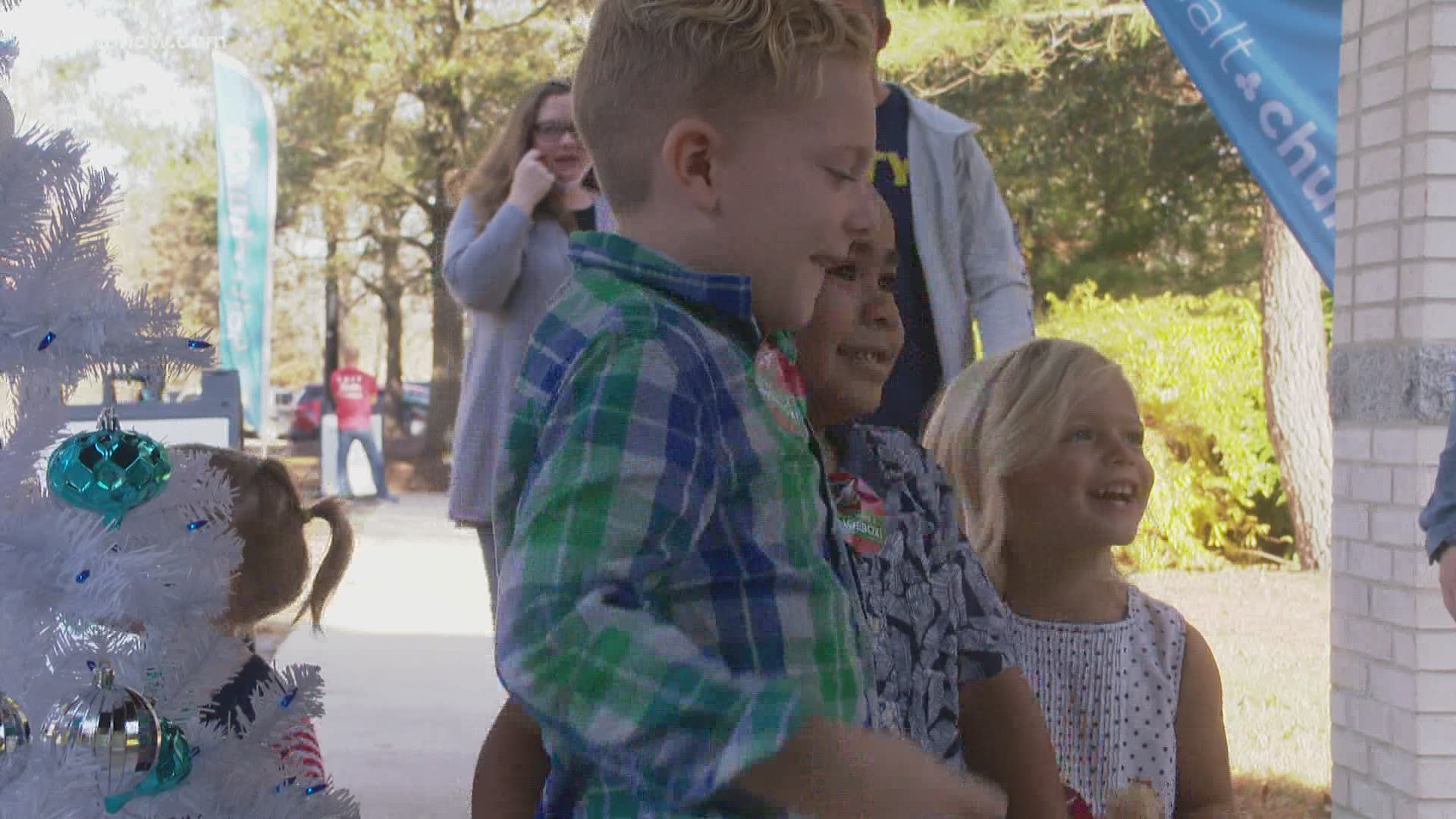 VIRGINIA BEACH, Va. — A Virginia Beach church is kicking off the holiday week by giving back.

It's called Operation Christmas Child. It's a massive project by nonprofit group Samaritan's Purse, and Salt Church in Virginia Beach is lending a hand.

It's simple: You get a shoebox and fill it with gifts: toys, school supplies, and toiletries. Samaritan's Purse collects the boxes and ships them to children around the world.

Salt Church Lead Pastor Leon Dunning said he's been helping out for about four years and the entire congregation gets involved.

"These are like the only gifts a lot of these kids get every year," Dunning said. "Each year we have a few more boxes. I think last year we have 80 something boxes and we're hoping to break 100 this year."

It's a big project that involves churches across Hampton Roads and the nation.

Dunning said he wanted to encourage families in his church to do what they can to help and considering this year has been a difficult one for so many families around the world, Dunning said it gives him a little peace of mind to know this donation drive is a small part of a much bigger effort to help those in need.

"There's something special about generosity. It's almost like... when we give, it's a joy for us to give," he said. "And in a time like this, the best response is generosity."