Since winning the seat in November, Monday's town hall meeting is the first one the freshman Congresswoman held. 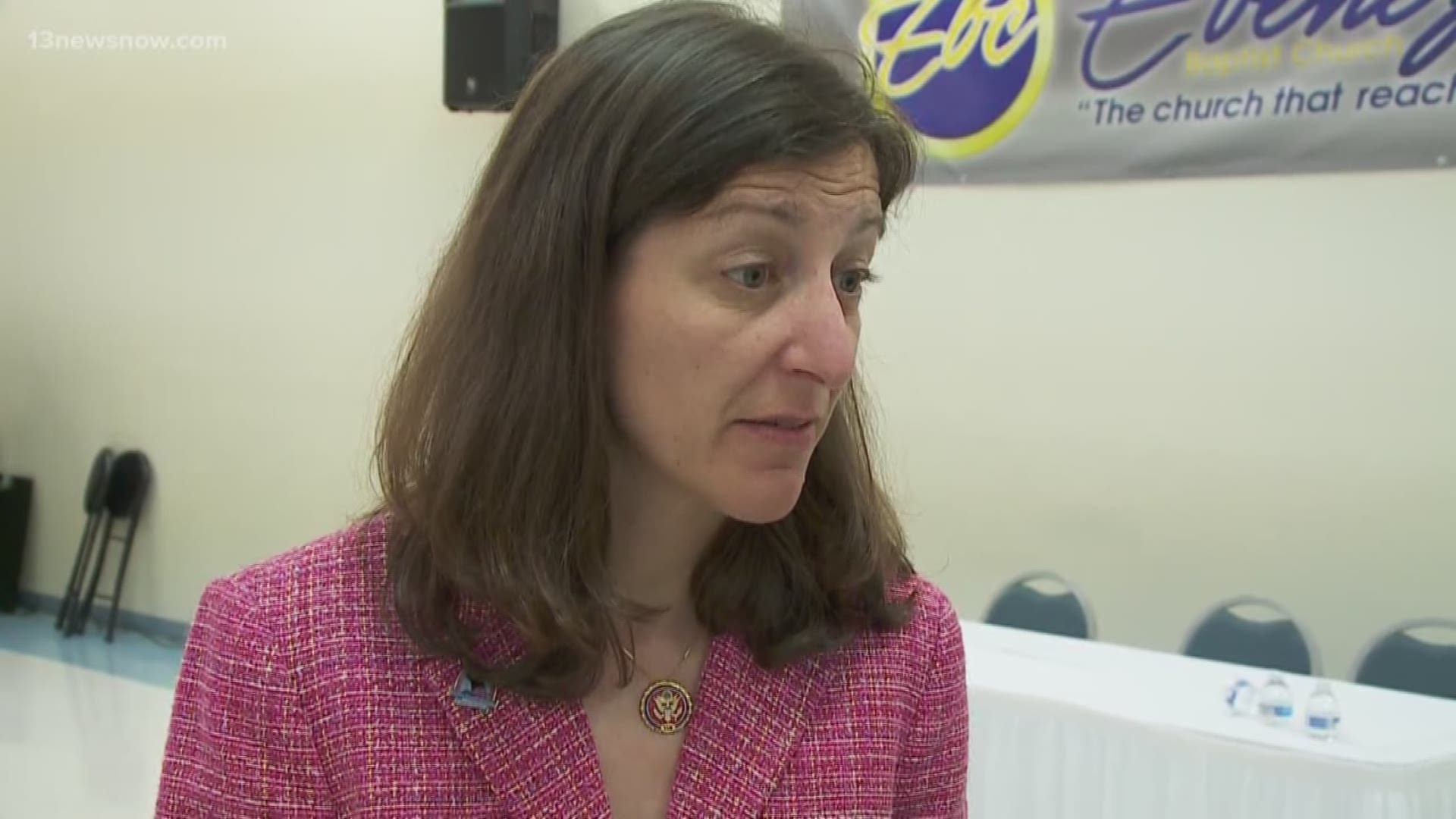 VIRGINIA BEACH, Va. — It was a packed house at Ebenezer Baptist Church to hear from Congresswoman Elaine Luria Monday night.

She held her first town hall in Virginia Beach since winning the seat in November.

Months ago, Congresswoman Elaine Luria promised Pastor Perez Gatling at Ebenezer Baptist Church that she'd host her first town hall there and she followed through on that promise.

"I thought it was a great opportunity to have a conversation with the community," Congresswoman Luria said to 13News Now.

Right off the bat, the Congresswoman updated everyone on her time in Washington so far and on legislation she's been working on, such as reauthorizing funds for the Chesapeake Bay.

"That hasn't been done since 2005. In a bipartisan way, four members of the House and two members of the Senate are introducing a companion bill to reauthorize funding for the Chesapeake Bay," she said.

It was the question-and-answer portion that really brought out the citizen participation and voices.

The topics ranged from voting rights to school safety to police-community relations. She got help from different experts in the city, such as Police Chief Jim Cervera.

"I wanted you to know that the Virginia Beach Police Department is 100 percent committed to community-oriented policing. We do everything we can to connect with every member of our community," said Chief Cervera to the crowd.

Pastor Perez Gatling from Ebenezer Baptist Church said he was glad to host the town hall because it was important to him that the community is active with their representatives and they're heard.

"The people in the community care and they care about legislative issues. It's not just going to the polls to vote, but it's 'what are my elected officials doing for our communities and our children' and 'what are they doing once we elect them?'" said Pastor Gatling.

That's why citizens brought forth questions about affordable housing as well, a topic Pastor Gatling said was important to many who were in the crowd. Especially to those who feel there is division within the city.

"I think having these community conversations and hearing from people with a lot of different perspectives is how you bridge that gap," he said.

Pastor Gatling said he hopes they can continue having these conversations with elected officials.

Congresswoman Luria didn't get to answer every single question submitted, but said if anyone does have questions, to feel free reaching out to her office.