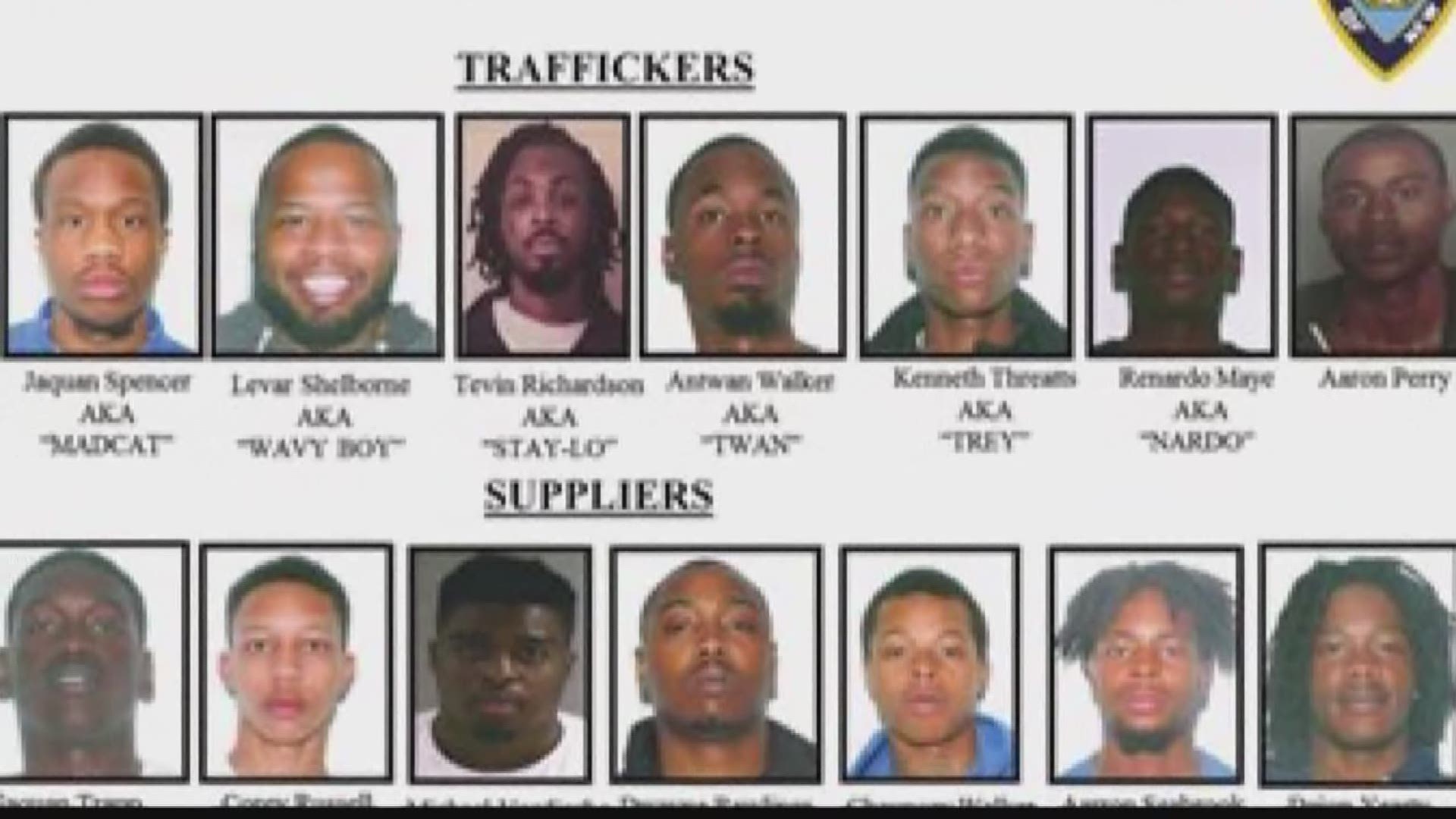 There are 627 counts in the indictment in what police call "Operation Tidal Wave." Investigators say some of the guns were purchased legally in Virginia, including in Hampton Roads. The weapons were then brought to Brooklyn, New York two to 12 at a time. The suspects sometimes even traveled on the bus with the weapons.

“There’s no limit to how many guns I can go buy from the store,” suspect Antwan Walker is heard saying on a police wiretap. “I can go get 20 guns from the store tomorrow. I can do that Monday through Friday. … They might start looking at me, but in Virginia, our laws are so little, I can give guns away.”

Of the 24 people arrested, three are from Newport News and Hampton. One suspect was from Brooklyn, and another from the District of Columbia.

They used code words like "chopper" and "joint" to peddle the weapons. Ammunition was "food."

Most illegal guns in New York come from southern states with lax laws. Gonzalez said that must be changed.

Virginia Attorney General Mark Herring agreed. "This is ridiculous. Virginia’s gun laws are so lax we now have gun runners on police tapes bragging about how many guns they can buy," Herring said in a statement. "It’s way past time for universal background checks and a reinstatement of Virginia’s 'one handgun per month' law."

"A person with criminal intent is not going to be deterred by a law,” said Marcus.

Virginia Governor Terry McAuliffe weighed in on the arrest on his Twitter account, saying "gun runners love VA's lax gun laws. Let's pass background checks & one handgun a month and put them out of business."

Brian Coy, the spokesperson for the Governor issued the following statement to 13News Now.

The Governor absolutely believes Virginia's gun laws are too weak. He has spent his entire term trying to pass common sense reforms like universal background checks and the reinstatement of Virginia's one hand gun a month law.

Both of those proposals would reduce Virginia's role as a source of trafficked guns that are used in crimes in other states - but both have been consistently rejected by Republicans in the General Assembly.

The Governor hopes your reporting on suspected criminals mocking the weakness of Virginia law on these issues will spur General Assembly Republicans to action, but Virginians who favor common sense reforms to prevent gun violence probably shouldn’t hold their breath.