Arrest made in deadly Norfolk shooting

32-year-old Diandre Wesley Moss was arrested hours after a man was shot on 19th Bay Street. The victim died from his injuries. 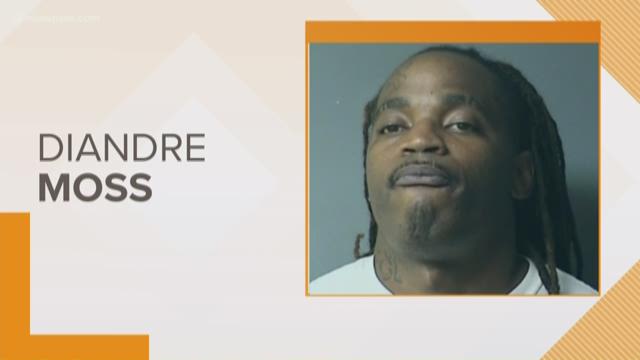 NORFOLK, Va. — A man is charged with murder following a deadly shooting in Norfolk on Thursday afternoon.

Arriving first responders found 40-year-old William Eric Brant suffering from a gunshot wound. He was taken to Sentara Norfolk General Hospital, where he died from his injuries.

Investigators quickly identified the suspect as 32-year-old Diandre Wesley Moss of Chesapeake. He was taken into custody without incident in Williamsburg on Thursday night.

Moss is charged with second-degree murder and the use of a firearm in the commission of a felony.

Moss is currently being held without bond at the Norfolk City Jail.

Police are still investigating the shooting and ask that if you know anything about the circumstances behind it, to call the Crime Line at 1-888-LOCK-U-UP.