What criminal charges could prosecutors chase in U.S. Capitol breach?

Federal prosecutors will have many options to charge people involved with the recent attack on the U.S. Capitol building, legal experts say. 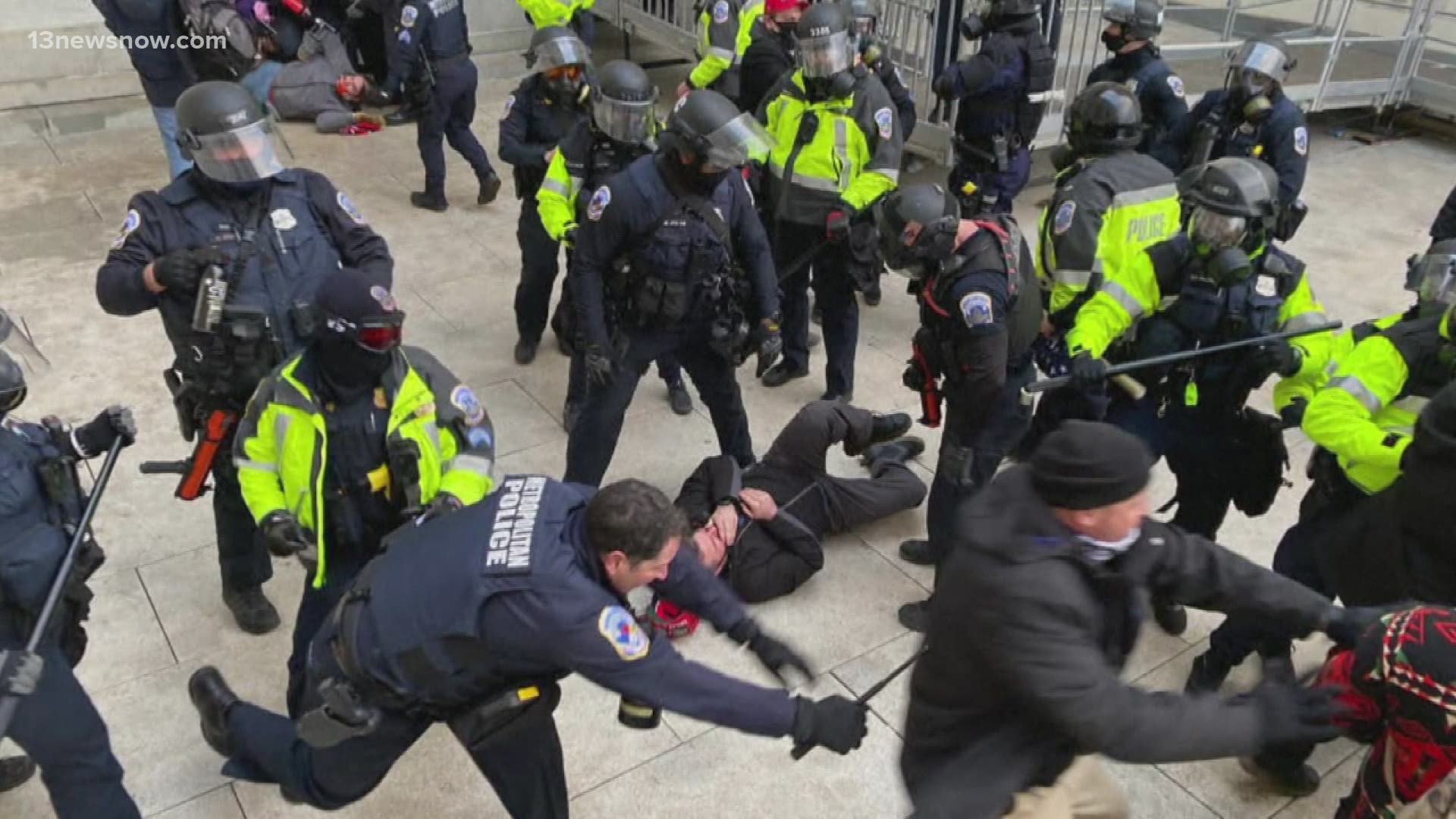 WASHINGTON — Investigators are seeking help from the public to identify people who stormed the U.S. Capitol building on Wednesday.

The Metropolitan Police Department recorded 69 arrests connected to the Capitol breach and earlier protests, according to the department’s website.

“This is far from done. That’s the first thing to understand,” said Adam Gershowitz, criminal law professor at William & Mary Law School. “I know many people are upset more arrests have not been made, but that will likely come.”

Authorities released photos of persons of interest and is offering a reward up to $1,000 for tips leading to an arrest and indictment.

RELATED: FBI seeks information on those who 'instigated violence' at US Capitol

“Any time you talk about having an explosive device or crimes related to trying to overthrow the government, those are the crimes the prosecutors are looking at,” said Booth.

But there are also talks of rare charges.

In a spirited speech to colleagues, Senator Mitt Romney (R-Utah) called the events an “insurrection.” An insurrection is a violent revolt against political authority or an established government. Booth said federal prosecutors would have to prove intent, but it is possible, though unlikely, an argument could be made.

“What were the people there to do? What were the lawmakers doing?” Booth asked. “Context always matters, and location matters as well. So, these are all things to think about.”

Gershowitz mentioned the federal crime for seditious conspiracy, as the protests that sparked the attack formed out of calls to overturn the Presidential election.

Gershowitz says though there are many charges people could face, it will take a lot of time and resources to track offenders down.

“There’s only so many prosecutors and so you can probably expect they are going to focus on the more straightforward cases,” he said.