Police said a man and teenager were shot during an altercation that took place near an apartment building on Mintwood Place. 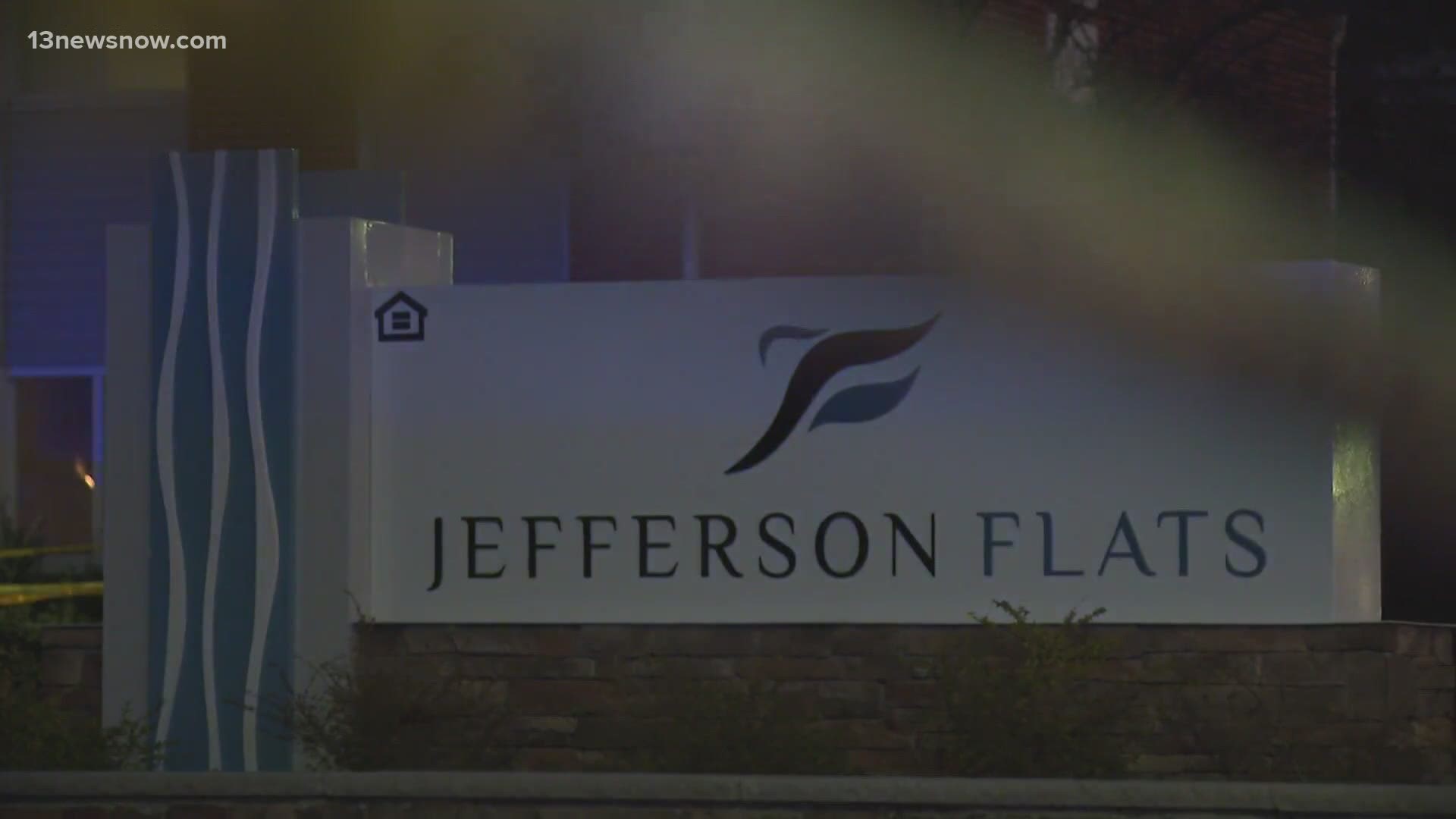 NEWPORT NEWS, Va. — A man and a teenager were shot after being involved in an altercation near an apartment complex on Mintwood Place.

On Monday, police said the man died from his injuries. He was identified as 25-year-old Jordan Artis-Square. The other victim, a 15-year-old boy, wasn't seriously hurt.

Newport News police were called to a shooting on Sunday, Dec. 27, in the 11100 block of Jefferson Avenue.

When officers got to the scene, they said they found two male victims hurt from gunshot wounds.

After the initial investigation was conducted, police said the victims were shot at some point during a fight with other people. One of them walked to a nearby service station where he was able to make contact with the police.

Both individuals were transported to a nearby hospital for treatment, but Artis-Square died. The victims did know each other, but police aren't able to release more on their relationship at this time.

They're investigating this case as a homicide.

There is no further information available at this time and the incident is under an ongoing investigation.