Court Documents said the search history included "Salem middle school hoax shooting," "school bombings," and "how much is bail for a felon." 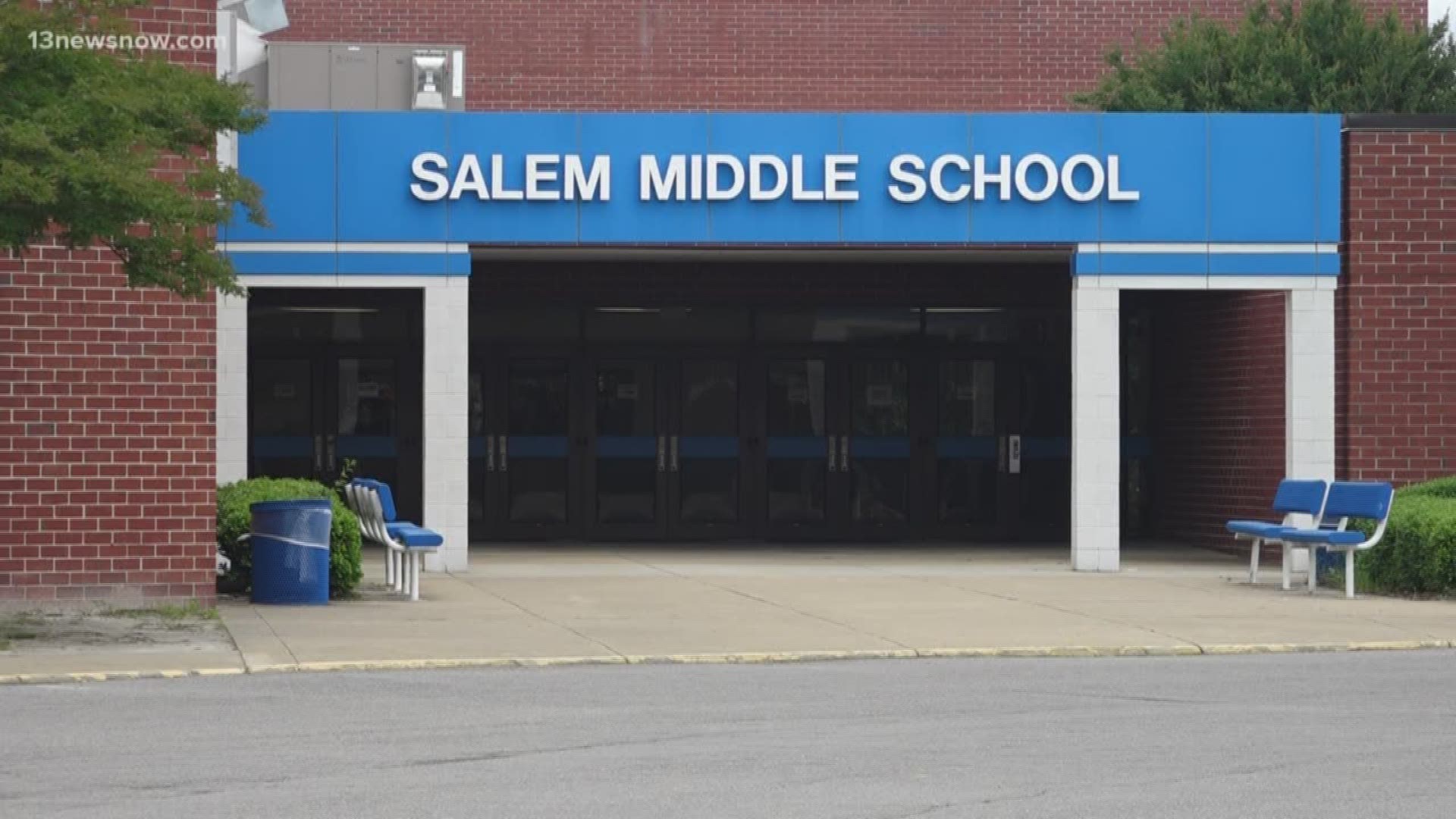 VIRGINIA BEACH, Va. — A student arrested for a bomb threat at his school is also accused of using his school issued laptop for much more than class-related education.

A search warrant filed in Virginia Beach Circuit Court said the investigation started after a parent alerted Salem Middle staff to the threat on May 22.

Police were alerted, but it also prompted the Assistant Principal to look at the student’s search history on his school issued Chromebook.

Documents state that it revealed “numerous disturbing searches” including:

The student admitted to searching some of the terms, according to the search warrant. The Assistant Principal stated that the student’s demeanor would go from “no affect or emotion at all to pure anger” while being questioned.

It also said he admitted to writing a letter that asked fellow students, “Do you want to help me make a bomb and blow up the school?”

One student, the suspect's girlfriend, answered “YES”, documents said. She was suspended for the remainder of the school year.

The Commonwealth’s Attorney office said the suspect is currently in custody and faces numerous charges.

Officials also searched the suspect’s home for bomb-related materials, but did not find anything. His personal phone and laptop were taken as evidence.