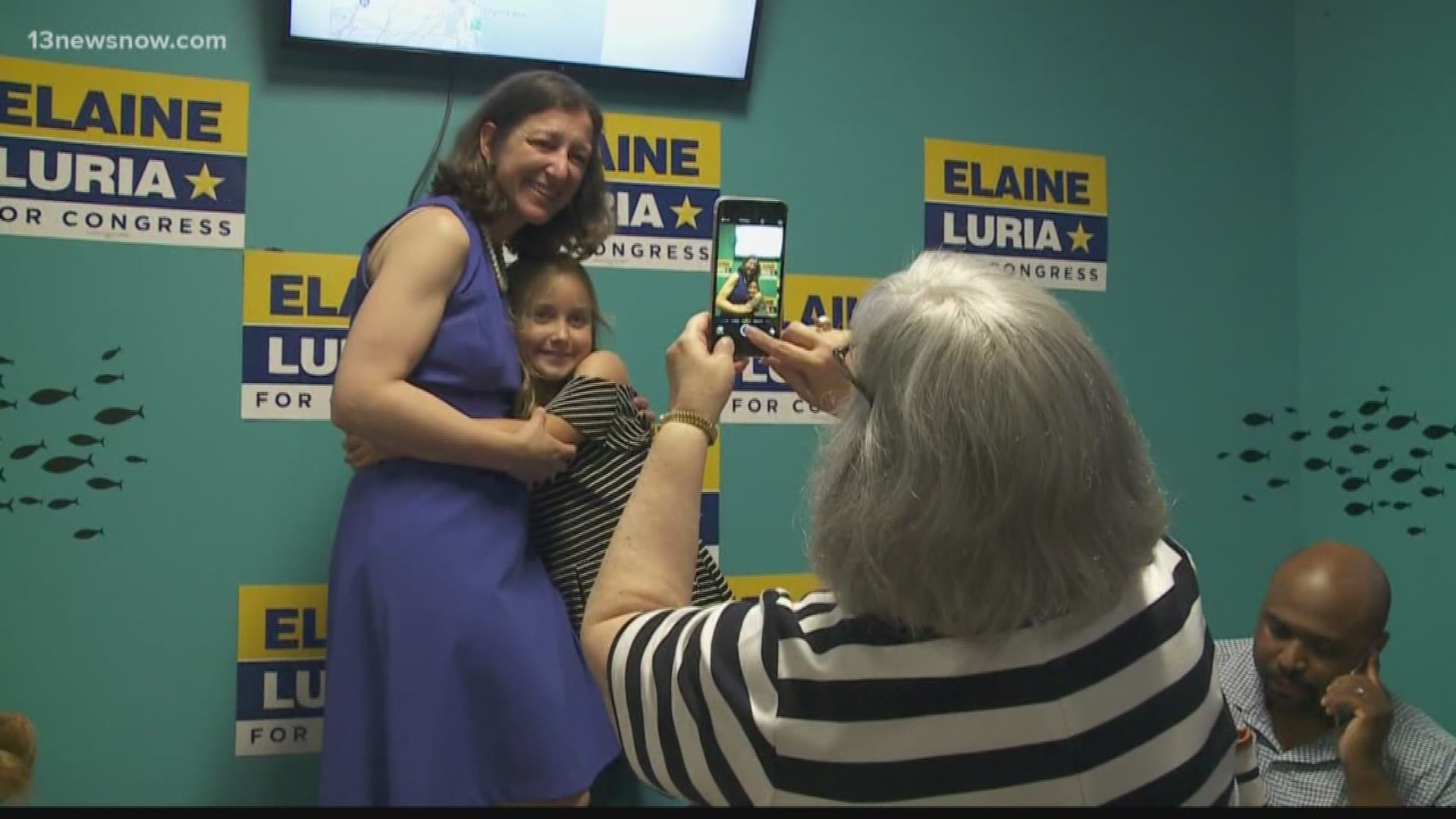 National Democrats are backing Luria in their quest to flip the district and recapture the U.S. House. The 2nd District is considered competitive, although political observers say it leans Republican.

The district includes the Eastern Shore, Williamsburg and Virginia Beach, the state's largest city. It's also home to the world's largest Navy base in Norfolk and has one of the highest concentrations of veterans.

Both candidates are uniquely positioned to represent a district where the military is the backbone of the region.

With a fresh agreement with North Korea on potential denuclearization of the Korean Peninsula and concessions by President Trump to end 'War Games' in South Korea, 13NewsNow pressed both candidates on whether that's a risk to military readiness.

Taylor said he supports concessions that lead to peace and stability.

“If it means pausing the war games to show a good-faith gesture, which of course north Koreans have as well when you have hostages back when you have a site shut down for nuclear testing… when missile tests have stopped,” said Scott. “They’ve also done concessions as well, so I think that’s not necessarily a bad thing.”

Leading into November, both candidates said they feel their backgrounds and determination to represent the voters will lead them to victory.

Luria owns a small business with her Navy veteran husband, the Mermaid Factory.

Hampton businesswoman Shaun Brown is also running as an independent.