CBD Oil: What it is and isn't

CBD oil is legal in Virginia and has become increasingly popular. Experts say people use it for several different reasons. 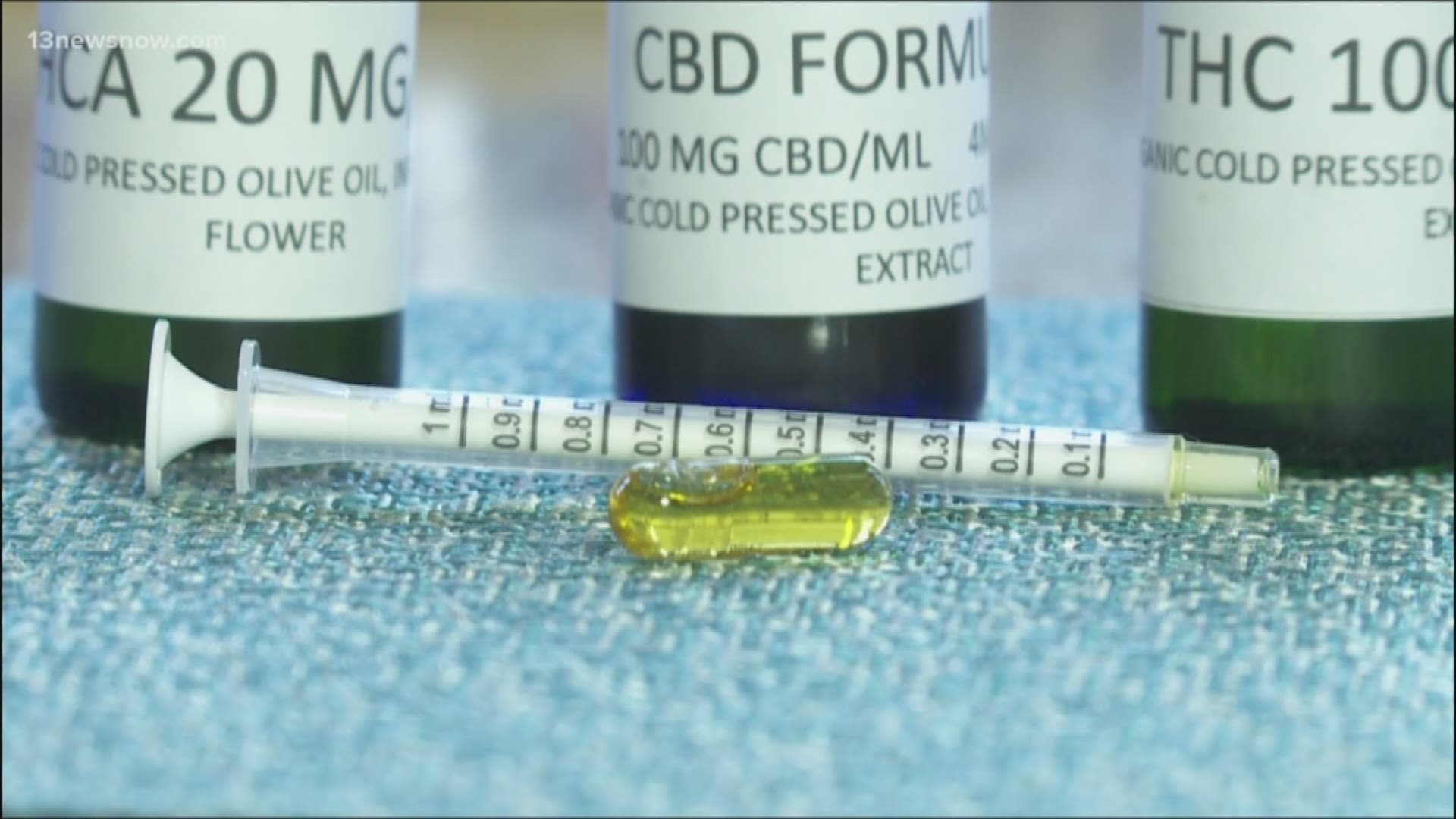 VIRGINIA BEACH, Va. — Doctors and nurse practitioners in Virginia can now prescribe cannabis-based products and as the conversation around that expands, CBD oils are becoming increasingly popular.

Many people use it for different reasons.

For Madison Davis in Hampton, it’s one of many different cannabis products she uses that, at 10 years old, helps her do activities and live life like most kids her age.

“She runs. She jumps. She plays," said her mother, Melanie Davis. "She has the life that a child should have and the only difference between her and all of those kids who have a similar course is that she's on cannabis. That's it."

Madison's battle with cancer started at a young age, and the last five years for their family has been anything but simple.

“I'm going to have to count them. She's had one, two, three, four, five, six, seven, eight... at least nine brain tumors and at least two spinal tumors,” said Melanie.

That's why Madison is using medical cannabis and cannabidiol (CBD) to help treat her symptoms from the rare cancer she has.

“At that point, recurring, metastatic ependymoma. There's three different basic types. The type that she has, has a 20 percent, 10-year survival rate so when you're looking at those odds, you do anything you can,” said Melanie.

Melanie is a nurse, and she did her research to find out how to safely use the medication and how it will help.

Madison's case is more extreme than most who have turned to CBD oil as a way of treating different health issues.

“CBD is sort of a cure-all,” said Abbey Garbarino, owner of Riptide CBD in Virginia Beach.

She's seen a host of customers who use the oils for several reasons.

“The baby boomers are strictly, basically for pain and that's from arthritis, injuries,” said Garbarino. “People my age, the millennials, I would say anxiety and insomnia are the biggest.”

But, her day-to-day operation isn't just around those who praise the benefits of CBD oils. She also sees a fair share of misconceptions as well.

“It will not be like smoking a joint or having four or five drinks,” she said. “There is still feelings of, 'I don't want to be pegged as a stoner, a pothead, or engaging in illegal activity.’”

In Virginia, doctors and nurse practitioners can prescribe cannabis-based products. In fact, the Board of Pharmacy gave approval to pharmaceutical companies to open five dispensaries in the state. One is coming to Portsmouth later this year.

Garbarino hopes this draws people to be more educated about CBD oil and to talk about it.

“We've all been told 'No, this is one of the gateway drugs' for so long. It's not only a mindset shift. It's a cultural one,” she said.

And with their mindset being about quality-of-life for Madison, cannabis and CBD products have made a major difference.

Madison, for the first time in her life, was able to see the Eiffel Tower like she's always wanted to... or, at least the closest thing to it in Las Vegas.

“She wouldn't have had the energy to go and walk the strip in Vegas. Before Vegas, we were in New York City for spring break and she walked around the city like nothing was wrong with her. She would be an entirely different child,” said Melanie.

That's the whole goal for Melanie. Despite what hills come and go, it's about making Madison feel like anything but different.

For now, they've found a way to help her do that.