Unemployment benefits for hundreds of thousands of Americans could extend into next year if President Trump signs the COVID relief package and spending bill. 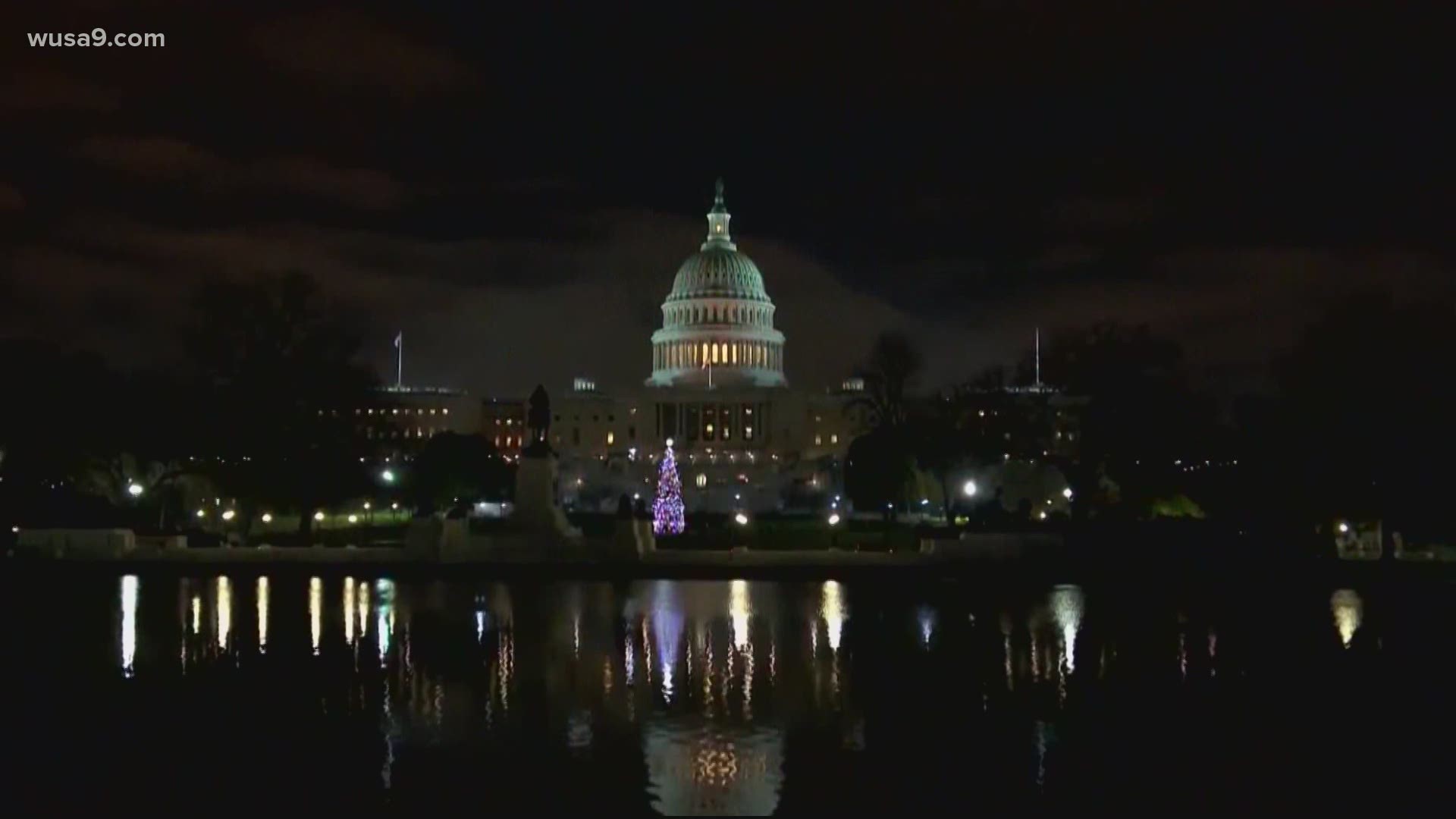 WASHINGTON — Unemployment benefits for hundreds of thousands of Americans are slated to cease Saturday if President Donald Trump does not sign lawmakers’ coronavirus relief package and spending bill.

The U.S. Department of Labor says both the Pandemic Unemployment Assistance program and Pandemic Unemployment Emergency Compensation program will end Dec. 31. However, D.C., Maryland, and Virginia labor and unemployment officials say none of the benefits associated with those programs can be paid out later than Dec. 26.

Lawmakers recently agreed to a COVID-19 relief package and spending bill that would extend those unemployment programs. Leaders on both sides of the aisle expected the president to sign their proposal. But, on Tuesday, Trump said he was disappointed the spending bill would only give qualifying Americans $600. The president would later recommend citizens receive $2,000 instead.

CBS News reported Friday night the bill was flown to Trump’s private Mar-a-Lago club in Florida to await his signature. If the president does not sign the bill, the federal government could also shut down Tuesday.

CBS News has learned that legislation for the coronavirus relief and government spending package has been flown to Florida for Pres. Trump to sign or veto.

If @POTUS refuses to sign-off on the bipartisan deal, the federal government could face a shutdown. https://t.co/y3Edwc1wWS

Virginia resident Angela Moore said she believes the president and lawmakers should have handled COVID relief months ago.

“I didn't imagine that we would still be here, five, six months later, talking about the same issue,” she said.

Moore used to work as a comedian, actress, and comedy show producer before the pandemic started in early 2020. Since then, for much of the year, she has been unemployed. Moore said she even once had to battle the coronavirus.

Currently, she said she is trying to get back into Virginia’s unemployment system after a stint in a temp job.

“The unemployment system is really broke,” she said. “And it’s impossible. I still have not been able to get through.”

Moore said she doesn’t understand why so many Americans have been forced to deal with some of the challenges they have experienced this year.

“It is an insult of what [politicians] are doing to the American people,” she said. “They're treating us like, we're just going on an auction block. And, we are human beings, we live, breathe, we work just like they do.”