Pfizer seeking emergency use of its COVID-19 vaccine in US

Over the next few weeks, the FDA and its scientific advisers will have to decide if there's really enough evidence to allow emergency vaccinations. 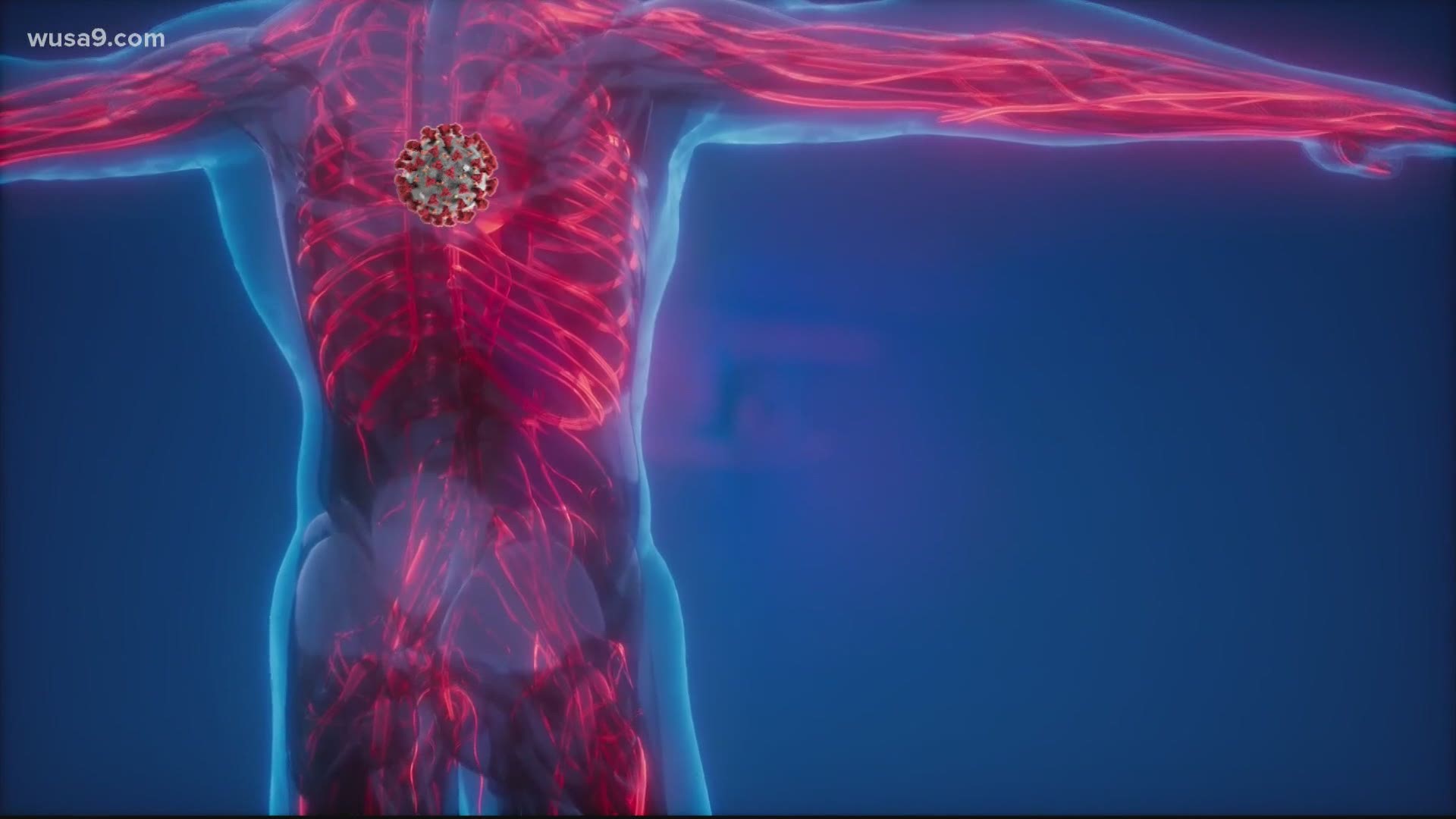 WASHINGTON — Pfizer said Friday it is asking U.S. regulators to allow emergency use of its COVID-19 vaccine, starting the clock on a process that could bring limited first shots as early as next month and eventually an end to the pandemic -- but not until after a long, hard winter.

The action comes days after Pfizer Inc. and its German partner BioNTech announced that its vaccine appears 95% effective at preventing mild to severe COVID-19 disease in a large, ongoing study.

The companies said that protection plus a good safety record means the vaccine should qualify for emergency use authorization, something the Food and Drug Administration can grant before the final testing is fully complete. In addition to Friday's FDA submission, they have already started “rolling” applications in Europe and the U.K. and intend to submit similar information soon.

“Our work to deliver a safe and effective vaccine has never been more urgent,” Pfizer CEO Albert Bourla said in a statement.

With the coronavirus surging around the U.S. and the world, the pressure is on for regulators to make a speedy decision.

“Help is on the way,” Dr. Anthony Fauci, the top U.S. infectious disease expert said on the eve of Pfizer's announcement, adding that it's too early to abandon masks and other protective measures. “We need to actually double down on the public health measures as we're waiting for that help to come.”

Friday’s filing would set off a chain of events as the FDA and its independent advisers debate if the shots are ready. If so, still another government group will have to decide how the initial limited supplies are rationed out to anxiously awaiting Americans.

RELATED: US passes 2,000 COVID-19 deaths in one day for first time since May

How much vaccine is available and when is a moving target, but initial supplies will be scarce and rationed. Globally, Pfizer has estimated it could have 50 million doses available by year's end.

About 25 million may become available for U.S. use in December, 30 million in January and 35 million more in February and March, according to information presented to the National Academy of Medicine this week. Recipients will need two doses, three weeks apart. The U.S. government has a contract to buy millions of Pfizer-BioNTech doses, as well as other candidates than pan out, and has promised shots will be free.

Not far behind is competitor Moderna Inc.’s COVID-19 vaccine. Its early data suggests the shots are as strong as Pfizer’s, and that company expects to also seek emergency authorization within weeks.

Here’s what happens next:

The public’s first chance to see how strong the evidence really is will come in early December at a public meeting of the FDA’s scientific advisers.

So far, what's known is based only on statements from Pfizer and BioNTech. Of 170 infections detected to date, only eight were among people who'd received the actual vaccine and the rest had gotten a dummy shot. On the safety side, the companies cite results from 38,000 study participants who've been tracked for two months after their second dose. That's a milestone FDA set because historically, vaccine side effects don't crop up later than that.

“We’ll drill down on these data,” said FDA adviser Dr. Paul Offit of the Children’s Hospital of Philadelphia.

Think of it like science on trial. A few days before the meeting, the FDA will release its own internal analysis. That sets the stage for the advisers’ daylong debate about any signs of safety concerns and how the new vaccine technology works before rendering a verdict.

They’ll recommend not just whether FDA should allow broader use of the vaccine generally but if so, for whom. For example, is there enough proof the vaccine works as well for older, sicker adults as for younger, healthier people?

There’s still no guarantee. “We don’t know what that vote’s going to be,” said former FDA vaccine chief Norman Baylor.

EMERGENCY USE ISN’T THE SAME AS FULL APPROVAL

If there's an emergency green light, “that vaccine is still deemed investigational. It’s not approved yet,” Dr. Marion Gruber, chief of FDA’s vaccine office, told the National Academy of Medicine this week.

That means anyone offered an emergency vaccination must get a “fact sheet” describing potential benefits and risks before going through with the shot, she said.

There will be a lot of unknowns. For example, the 95% protection rate is based on people who developed symptoms and then were tested for the virus. Can the vaccinated get infected but have no symptoms, able to spread the virus? How long does protection last?

That’s why the 44,000-person study needs to keep running -- something difficult considering ethically, participants given dummy shots at some point must be offered real vaccine, complicating the search for answers.

But he's not in a great hurry to find out which group he's in. “You need to hang in there for a while to understand and answer a lot of the other questions that remain unknown.”

Additionally at least for now, pregnant women won't qualify because they weren't studied. Pfizer only recently began testing the vaccine in children as young as 12.

A decision on Pfizer-BioNTech's vaccine won't affect other COVID-19 vaccine candidates in the pipeline, which will be judged separately.

Brewing vaccine is more complex than typical drug manufacturing, yet the millionth dose to roll out of Pfizer’s Kalamazoo, Michigan, factory must be the same purity and potency as every dose before and after.

That means the FDA decision isn’t just based on study data, but on its determination that the vaccine is being made correctly.

The Pfizer-BioNTech vaccine -- and Moderna's shots -- are made with brand-new technology. They don’t contain the actual coronavirus. Instead, they’re made with a piece of genetic code for the “spike” protein that studs the virus.

That messenger RNA, or mRNA, instructs the body to make some harmless spike protein, training immune cells to recognize it if the real virus eventually comes along.

GETTING INTO PEOPLE’S ARMS

Another government group -- advisers to the Centers for Disease Control and Prevention -- decides who is first in line for scarce doses. Health and Human Services Secretary Alex Azar said he hopes that decision can be made at the same time as FDA’s.

The Trump administration’s Operation Warp Speed has worked with states to line up how many doses they’d need to cover the populations offered vaccine first.

Pfizer will ship those supplies as ordered by the states -- only after FDA gives the OK.

Company projections of how much it will ship each month are just predictions, Baylor warned.

“It’s not like a pizza,” he said. Manufacturing is so complex that “you don’t necessarily end up with what you thought.”