Virginia Department of Health leaders say the Commonwealth will receive about 431,000 COVID-19 vaccine doses for the first week of March. 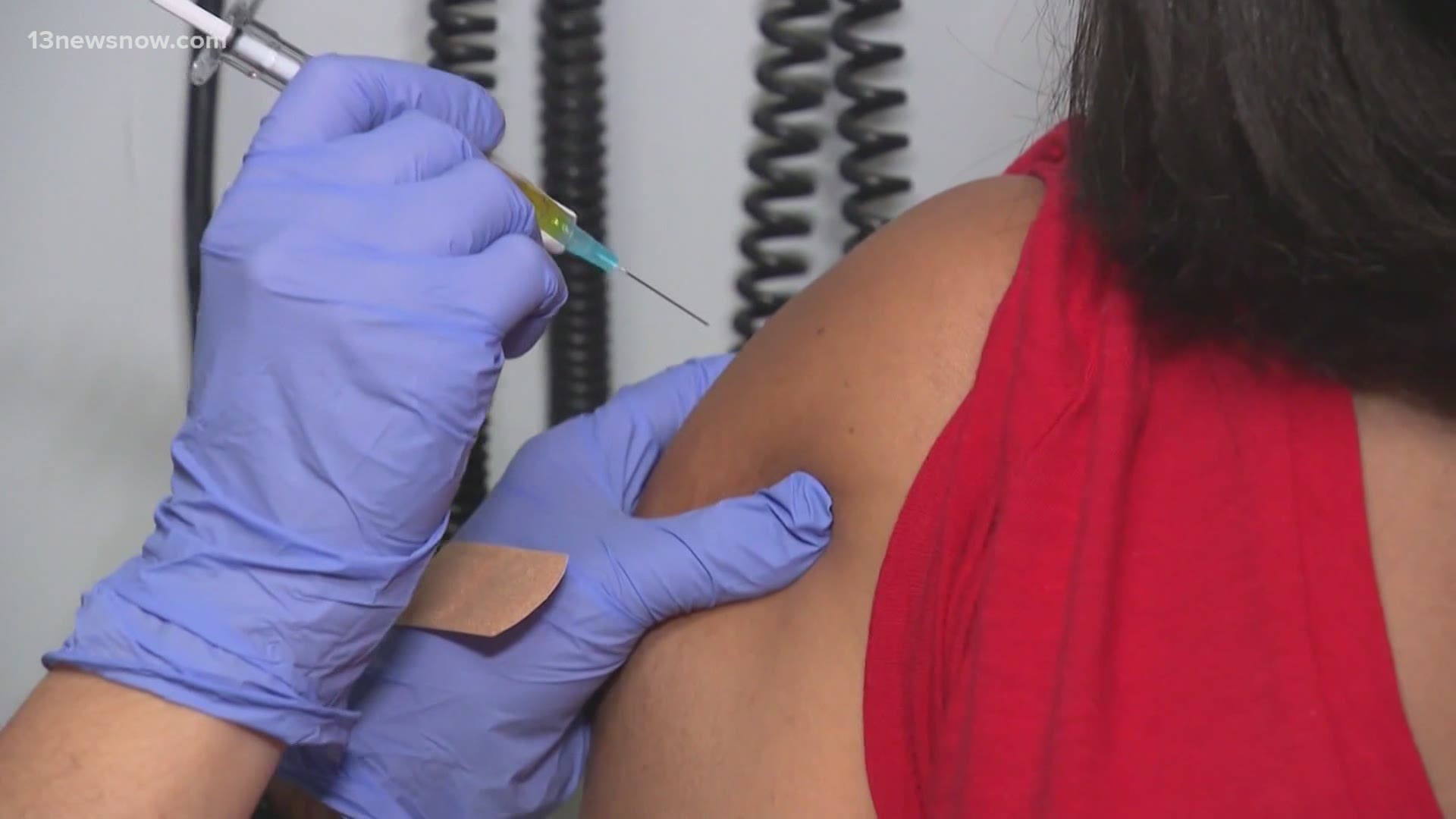 NORFOLK, Va. — The Virginia Department of Health says it will have more vaccine doses than ever to give out during the first week of March: about 431,000 doses.

That includes a first-dose increase of Pfizer and Moderna shots to 180,000 doses per week. VDH leaders said they will distribute 130,000 second doses and 52,000 doses through the federal pharmacy and retail partnership.

Plus, Virginia vaccine coordinator Dr. Danny Avula said VDH plans to receive 69,000 doses of a new Johnson & Johnson vaccine for use next week.

“So a really exciting increase in vaccine for Virginia," Avula said. "We've got a lot of vaccine on hand."

Due to the increasing supply, Virginia public health leaders are scheduling more vaccine appointments for the first week in March with the goal of reaching more people in Phase 1B.

“As long as we're really focused on the most important thing -- minimizing deaths and hospitalizations -- that’s appropriate and where we need to be right now," Avula said.

The Johnson & Johnson shipment won't be sustained week-to-week. Avula said he considers the 69,000 potential doses a "one-time bonus" and then distribution will drop off for a few weeks as Johnson & Johnson increases its production of the vaccine.

“From our perspective, the public health perspective, this is a phenomenal option," Avula said in a conference call Friday. "There's no freezing, refrigeration only, there's only one dose and not two, and the data that matters most is it's [been shown to be] 100 percent effective against hospitalization and death.”

Avula said if someone in Virginia prefers to get a Moderna and Pfizer shot and they’re slotted for a Johnson & Johnson clinic, they can choose to wait for a future clinic.

Pharmacies and retail partners, other than CVS, will use Virginia’s vaccine pre-registration list to schedule appointments starting next week.

Avula said any Virginian in Phase 1B who wants the vaccine should be able to get a shot by April, based on the increasing supply.