'Demand is starting to slow down' | Virginia vaccinations began four months ago. How we got here, and what's to come

The state approaches 5 million doses, days ahead of its statewide move to Phase 2 of vaccination rollout. 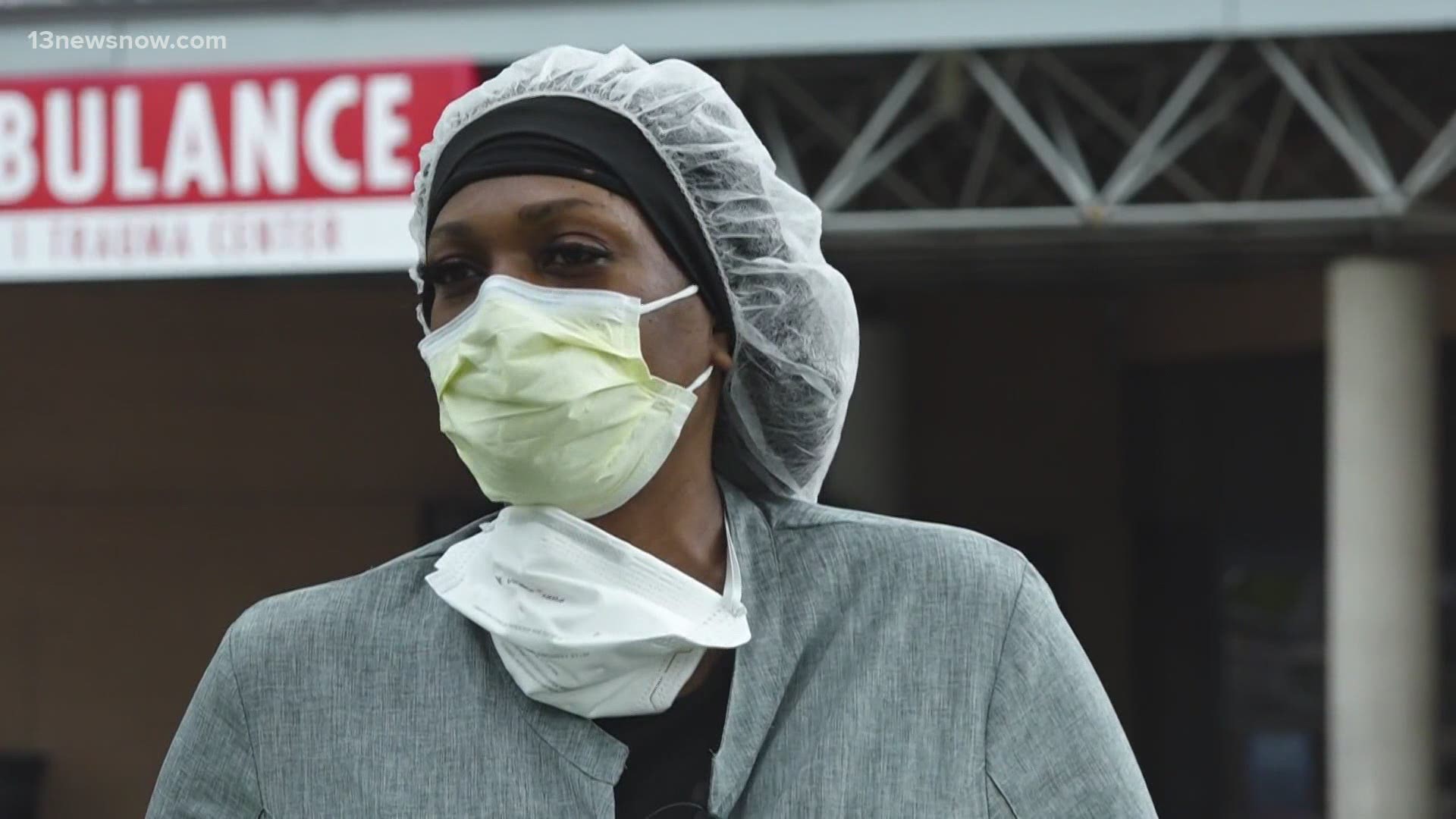 To date, the COVID-19 pandemic has claimed the lives of more than half a million Americans. The Commonwealth of Virginia saw its peak in early January, when daily cases topped more than 5,000. However, the timeline of vaccinations has only made up a small portion of the pandemic's entirety, and throughout that process changes and updates come seemingly every week.

Just four months ago to the date Yolanda Dumas, an environmental services technician at Sentara Norfolk General Hospital, became the first Hampton Roads recipient of the COVID-19 vaccine: a dose of Pfizer, which at the time was the only FDA approved vaccine. The Moderna and Johnson & Johnson vaccines would follow soon after.

In an interview with 13News Now on the four-month mark from her first dose, Dumas said she hasn't had any problems. "No fevers, no sickness, no nothing.”

Now, it’s most of her family who is vaccinated.

In the four months since Dumas' first shot, Virginia has gone on to administer nearly 5 million doses of the vaccine (exactly 4,974,166 as of Thursday, April 15). The state collectively moves into Phase 2 of vaccine distribution on April 18, which will open up eligibility for every Virginian over the age of 16.

In terms of first dose vaccination, that equates to roughly 38 percent of the state's population, and nearly 75,000 doses are administered daily according to Virginia's vaccine coordinator Dr. Danny Avula.

Vaccines, which were once available via appointment only through the initial phases of vaccine distribution, are now available through walk-up availabilities as more clinics across the state open up access, like the FEMA-led mass clinic at Military Circle Mall in Norfolk.

“Within the next couple of months, probably have the ability to vaccinate adolescents down to the age of 12," Dr. Avula told 13News Now in a one-on-one interview.

But as the vaccine is more readily available than ever before, Avula says that the state has seen a decline in people seeking out their doses.

“Demand in much of the state is starting to slow down. We are trying a lot of things to see, is that lack of demand actually people that don't want to get vaccinated? Or, is it that we need to use different strategies to get to them?" Dr. Avula said.

While the state is moving into Phase 2 as expected, vaccine hesitancy remains a concern particularly following drastic reductions to the Johnson & Johnson allotments across the country. Virginia's allotment of the one-dose shot dropped by nearly 100,000 doses between the weeks of April 5 and April 12.

Dr. Avula says that while it will not prevent the state's move into the next phase, it will slow down vaccinations as a whole after that date.

To reach herd immunity, Dr. Avula says roughly 75 to 80 percent of the population would need to be vaccinated, and as the state strives toward that goal, he believes more localized and mobile vaccination efforts will be commonplace within the coming weeks and months.