Millennials get Botox to smooth out fine lines, wrinkles

More millennials are turning to Botox to look and feel younger. According to statistics, Botox injections in people from age 20-29 have seen a 28 percent increase since 2010. 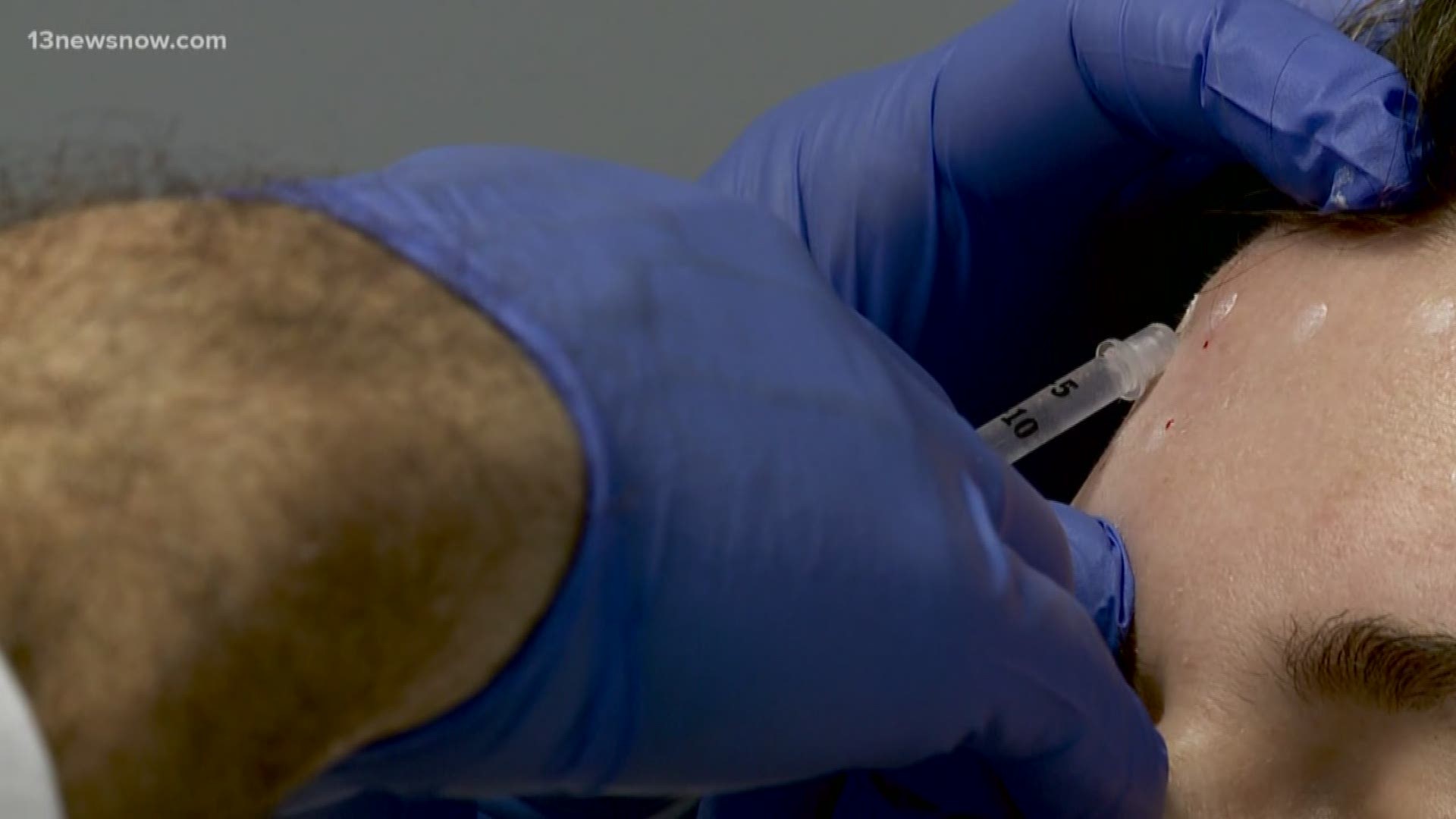 Annual statistics from the American Society of Plastic Surgeons said Botox injections have seen a 28 percent increase since 2010 in people from age 20 to 29.

In Virginia Beach, Dr. Jeff Arbuckle said he’s seeing more woman in their 20s and 30s come in for Botox injections at Fountain of You.

“I think it’s a good idea for most people. If they address their muscular contractions early on in life, they may never develop a wrinkle later in life,” Arbuckle said.

13News Now spoke with a 24-year-old Meghan Dean who has gotten Botox before, and she loves the way it makes her feel.

She noticed her older sister had wrinkles in her forehead, and she didn't want that to happen to her.

“Why not start now, like why wouldn’t I prevent myself from ever having those wrinkles,” explained Dean.

Dr. Arbuckle said the injections take minutes, and the pain is minimal.

“The muscles as they contract through the fat layers of the skin which is repetitive contractions, they hammer through those fat layers and then those lines become permeant. If you paralyze those muscles with botulism toxin, you can prevent that from happening,” Dr. Jeff Arbuckle said.

The cost of Botox varies from person to person, depending on how many units of Botox is needed. Dr. Arbuckle said the average price is between $200-300. He said it will remove the wrinkles for about three to six months. After that, customers will need to come back for more injections.

“Compared to the cost of a facelift that does have significant risks, a part of the reason Botox and fillers are becoming more popular, they don’ have that longevity, but they are so much safer, and they are so much more affordable,” he said.

Every procedure comes with benefits and risks. Dr. Arbuckle said some risks include headaches, nausea, and a possible skin reaction.

“If it’s placed in the wrong spot, it could cause an eyelid droop or a drop of the eyebrow. The dose of Botox that most people require is about 1/80 it would take to become toxic to their system, so you never say never, but I don’t think you have much of a chance of having permanent or serious risks,” Dr. Arbuckle said.

Meghan said it is affordable for her and she works as a younger instructor and waitress. She said she understands the risks and doesn’t plan to stop getting Botox anytime soon.

“Botox makes me feel young and it makes me happy that I know that I am taking control of my skin,” Dean said.

Dr. Arbuckle said Botox is not for everyone and works differently on certain people. He said if anyone is interested in getting injections, consult a doctor or plastic surgeon before getting the procedure.