No mention of health care access was mentioned since the General Assembly convened. North Carolina remains among several states that haven't agree to expand Medicaid 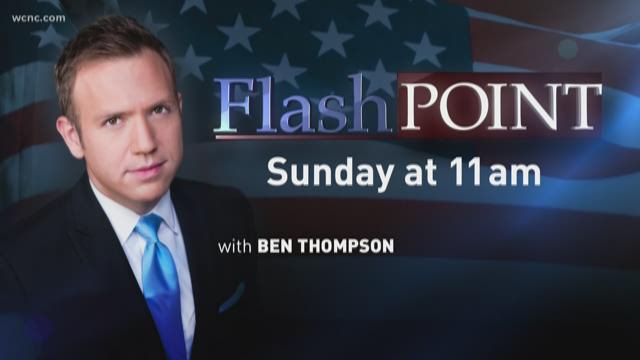 RALEIGH, N.C. — North Carolina remains among the dozen or so states that haven't agreed to expand Medicaid to more of the working poor amid a lingering budget stalemate and continued skepticism among top Senate Republicans about the idea.

The General Assembly met Tuesday for a session in which legislation related to health care access was among potential topics that lawmakers previously decided could be acted upon. But lawmakers went home within three hours after passing just one bill and GOP senators falling short of overriding Democratic Gov. Roy Cooper's vetoes on the budget and teacher pay.

With lawmakers not scheduled back to Raleigh until late April, a bipartisan group pressing for expansion expressed frustration Wednesday with GOP legislative leaders for failing to act this week. A House proposal to cover 300,000 additional people through the 2010 federal health care law has been idling since September, when a committee approved it overwhelmingly.

“We are not giving up on this issue,” said Peg O'Connell, chair of the Care4Carolina coalition. “It is not time to be discouraged. It is time to get mad and continue our work.” Other news conference speakers said a growing number of local businesses and government leaders support the idea, and that hundreds of thousands of uninsured people desperately need the coverage option.

Expansion is “not one that we should make a political issue,” said Dale Wiggins, a Republican and the commissioners' chairman in far-western Graham County. “It should be simply what it is a human issue of trying to care for the people of our state that don't have health insurance.”

The inaction emphasizes how expansion became the chief sticking point over the two-year state budget Cooper vetoed in June. He cited the absence of expansion in the budget bill among his top reasons for the veto. Republicans grabbed on to his insistence for expansion and accused him of failing to negotiate on the broader budget unless expansion was on the table. Cooper said that wasn't true and offered to negotiate on educator pay without expansion talk. Differences on expansion also delayed the long-planned shift of North Carolina Medicaid to managed-care benefits.

Still, Cooper keeps talking up expansion at made-for-media events, including one earlier this week in Greenville with the CEO of Vidant Health. “Saying yes to expansion should be one of the easiest decisions a policymaker can make, and it’s time to stand up for our rural communities,” Cooper said in a news release after Monday's event.

Senate leader Phil Berger, a strong expansion opponent, said again Tuesday that there aren't enough votes to pass Medicaid expansion in his chamber, where — like the House — the Republicans hold a narrow majority. Berger said that includes the House measure, which would place work and premium requirements upon the low-income adults who qualify.

GOP Rep. Donny Lambeth of Forsyth County, who is shepherding the House expansion measure, and a spokesman for House Speaker Tim Moore didn't respond to messages Wednesday seeking explanations as to why the bill has stalled. Moore affirmed in September he would let expansion advance because the House had overridden Cooper's budget veto. O'Connell said she has heard several reasons for the delay, a lot of which she called “just political palaver.”

Care4Carolina news conference speakers were encouraged by news last week from Kansas, where the Democratic governor and a leading Senate Republican announced the framework that would make it the 37th state to adopt the expansion. Most of the outlying states are in the South. But Berger said Kansas' decision doesn't add pressure to accept expansion, which he considers the wrong path toward improving health care access.

“The only people that have asked me about Kansas have been members of the press,” Berger said.