Part of a Cold War-era experimental flying saucer known as the Avrocar will be on display at the U.S. Army Transportation Museum 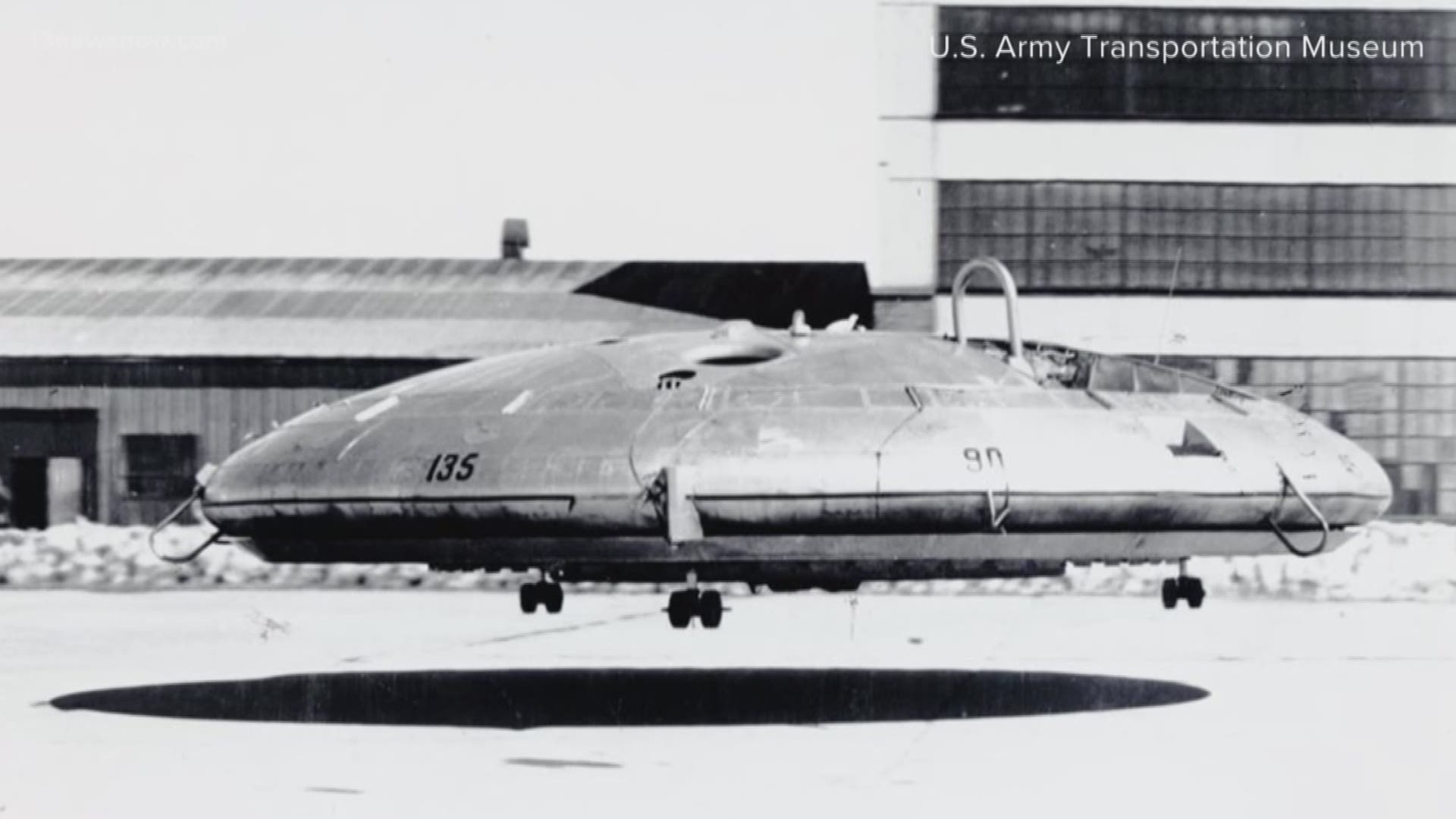 NEWPORT NEWS, Va. — A flying saucer is coming to Fort Eustis, but it's not alien in origin.

It's part of a new exhibit at the U.S. Army Transportation Museum, and is a Cold War-era experimental aircraft known as the Avrocar.

Developed in the 1950s by the Canadian firm AVRO Aircraft Limited, the Avrocar was meant to take-off and land vertically, cruise at low altitudes on a cushion of air and accelerate to high speeds at higher altitudes.

Two prototypes were built and resembled flying saucer UFOs. The Avrocar could reach 35 mph in test flights, but the aircraft became increasingly unstable at heights greater than three feet. The military scrapped the program in 1961.

The first prototype, which never flew, is on display at the National Museum of the U.S. Air Force in Dayton, Ohio. The second prototype did undergo test flights and is stored in pieces at the U.S. Army Transportation Museum. Unfortunately, the cost to restore the vehicle would be extremely expensive.

Beginning on December 4, a piece of this Avrocar will go on display at the museum, along with a mural of the flying saucer. More information on how to visit the museum is on its website.