A full-scale hurricane disaster exercise was practiced Monday in the resort city and across the state of Virginia. 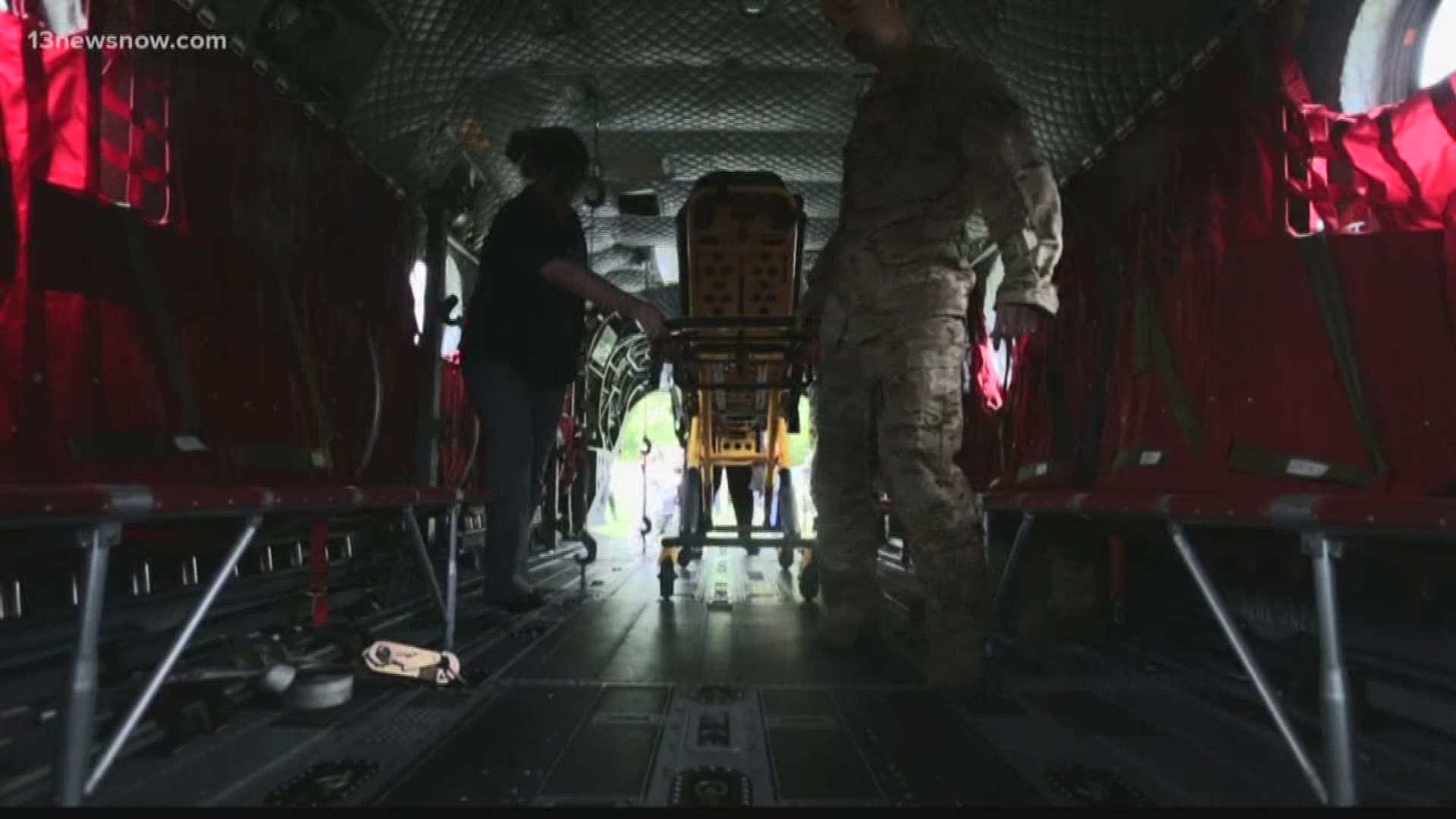 VIRGINIA BEACH, Va. (WVEC) -- A full-scale hurricane disaster exercise was practiced Monday in the resort city and across the state of Virginia.

Under the fictitious scenario called "Vigilant Guard," Hurricane Cora has devastated the area, buildings are destroyed, airports flooded, and roads blocked, with patients in wheelchairs and on backboards awaiting an emergency helicopter airlift.

An Army Reserve CH-47 Chinook from Fort Eustis swooped into the Atlantic Shores Retirement Community in Virginia Beach to perform the emergency rescue of 30 residents.

"In almost every event, the number one problem, is communication," said Glenn McBride, Regional Health Care Coordinator for the Eastern Virginia Health Care Coalition. "So, we want to identify that we've had good communication with one another, both locally and regionally and at the state levels, and also to validate that the emergency plan works. They've developed plans. We're just making sure it will do what it's supposed to do."

Major Kelly Niedzwiecki of the Virginia Air National Guard is convinced exercises like this have great value.

"It'll absolutely pay dividends because we'll know how the communications work, and what areas need to be focused on and improved upon," she said.

Atlantic Shores resident Annie Alberi, remembers well the 1962 Ash Wednesday storm... Using her own real-life experience, she got to play one of the victims Monday.

"I think it's exciting because we're learning something to do that can save lives," she said.

FEMA-backed preparedness events like this one will continue throughout the Mid-Atlantic through May 11th.