Joe Malia found the perfect house to build a treetop to watch this year's Indy 500, so he knocked on the front door, and the rest is history. 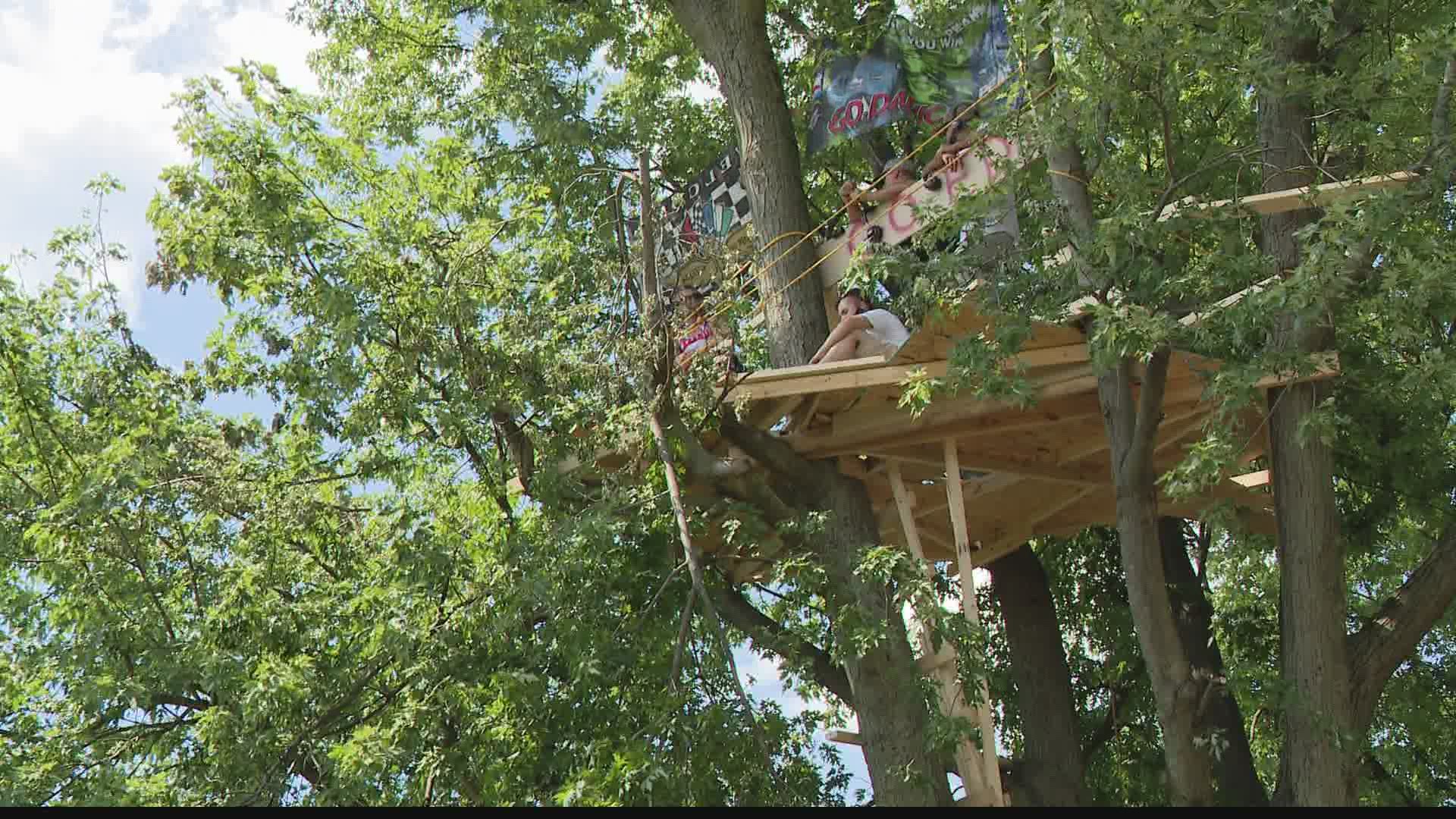 SPEEDWAY, Ind. — When Joe Malia got word that the Indy 500 would not be allowing fans in the stands, he had to get creative.

“I knew in the back of my mind that somehow, I was going to be here and see this race,” Malia said, who has been to the Indy 500 for nearly 40 years in a row.

Malia said he watched the qualifiers on TV last Sunday and noticed an onboard camera.

“Every time it went down the backstretch, I would see this tree, and I’m like ‘Man, where is that tree?’"

Malia left his Chicago home and drove to Speedway on Monday to take a bus tour.

Malia found the house and knocked on the door.

“I’m trying to convince this guy that I want to get up in his tree. His daughter finally came out and interpreted,” Malia said.

That’s when a deal was made, and the homeowner agreed to build a treetop so Malia and his sons and a couple of friends could watch the race.

Glorea Robles said her husband built the structure all by himself but was surprised at the request.

“He was excited to build a treehouse to see the race cars,” said her daughter, Dulce Fernandez, as she helped translate.

RELATED: A look inside the 104th running of Indy 500 without fans

An hour before the race started, Malia hopped on the ladder attached to the tree and climbed about 40 feet to reach the platform.

“Welcome race fans,” he said as he got to the top to welcome his three sons, one player on the Beecher Muskies baseball team that he coaches, and another new friend.

“I met this guy today. He's been here since 1963. His dad used to sneak him in on the backstretch there, and I could tell he was getting emotional, and I'm like, 'Today is your lucky day man. Come on up,'” Malia said.

They all enjoyed perhaps the best seat at the Indy 500.

“I’m just grateful to be able to keep my streak alive,” Malia said.