Heaven Watkins died at her home in Ocean View in May. Police charged her mother and mother's boyfriend with her murder. 13News Now traveled to Minnesota to talk to Heaven's relatives. They want to ensure that failures in the system meant to protect her don't lead to the deaths of other children. 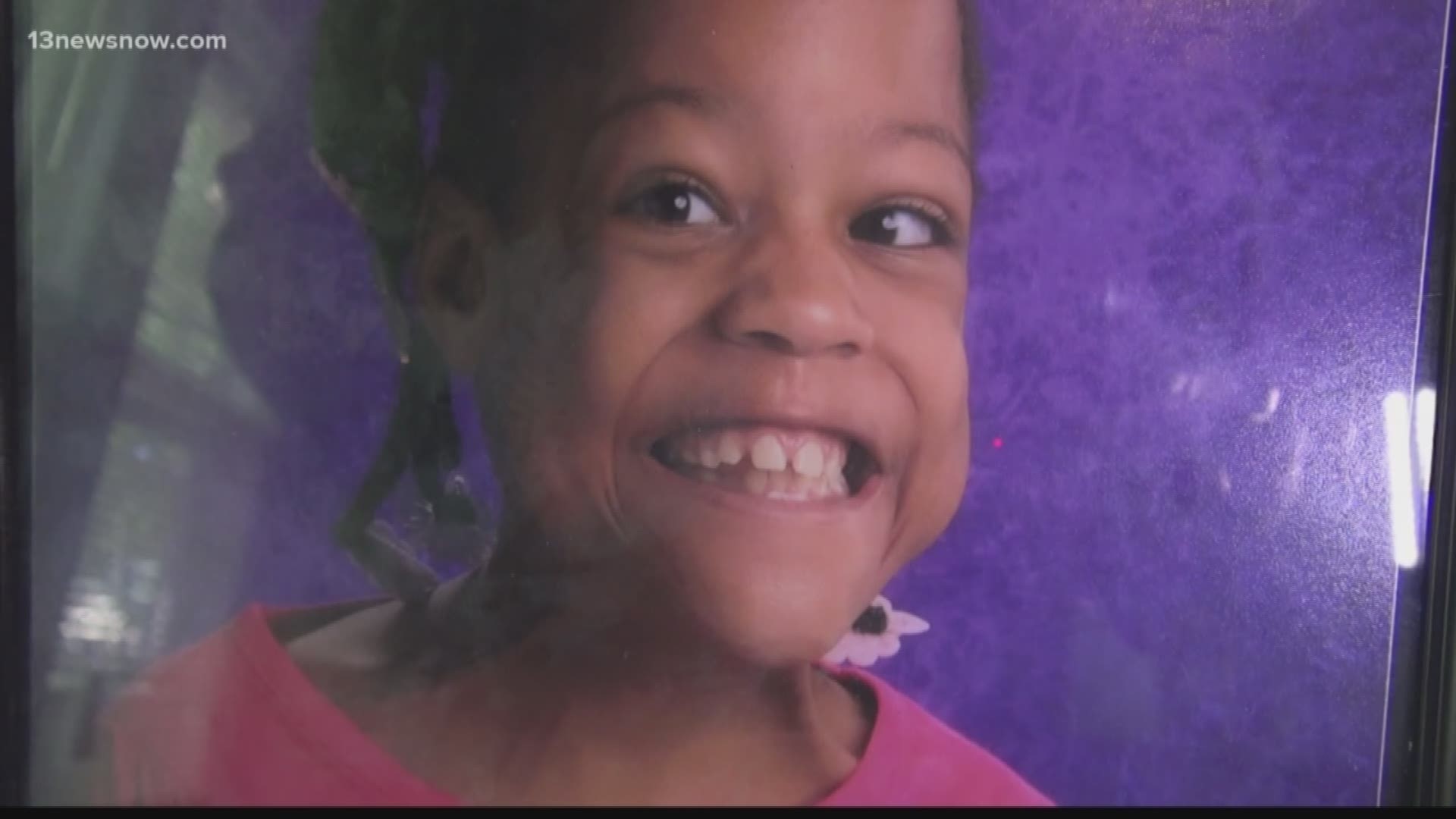 NORFOLK, Va. (WVEC) — An 11-year-old is found dead, brutally beaten in her Norfolk home. Her mother and mother's boyfriend sit in jail, charged with her murder. Now that child's family is speaking out, saying there's more to her story.

Heaven Watkins was just 11 years old. She had a bright smile, was chatty and loved to sing.

“She was so sweet, just the sweetest,” her aunt, Sheronda Orridge, described.

Heaven was also an innocent victim. Orridge thinks her niece’s death was preventable.

Death was something this little girl feared. Her grandmother said Heaven wasn't scared of "monsters under her bed," but real-world danger.

But on May 18, 2018, Heaven was killed at her home on Balview Avenue in Norfolk. Her mother, Latoya Smith, and her boyfriend, Demont Harris, are charged with Heaven's murder.

“When she did get killed, I felt like I did not fulfill my promise to her,” Watkins lamented.

Prosecutors say Harris beat Heaven so badly that her small intestine burst. She had more than a dozen old and new fractures. They allege Smith did nothing to stop the abuse and for days, the couple fed Heaven only bread and water.

Relatives maintain there were warnings years ago.

To figure out what happened, we traveled to Minnesota, where Heaven had her first contact with Child Protective Services.

“This is a system that's called 'Child Protection,' but who are you protecting?” Sheronda Orridge asked.

According to Orridge, Heaven had been neglected and abused for years. A social services report details how authorities in Saint Paul got the first report of abuse back in 2014. Court documents show Heaven said her father hit her; there were also concerns about possible sexual abuse.

CPS stepped in to take charge of Heaven and her three siblings.

Report of Social Worker by 13News Now on Scribd

When CPS removed the girls, they came up the street to live with Orridge. Just six houses separate the two, but it was a world of difference for Heaven.

Heaven lived with her aunt for more than a year. During that time she gained weight, caught up on her doctor's appointments and made progress in school.

Orridge feared what would happen if Heaven went back to her mother's home too soon. She wrote dozens of emails to caseworkers and supervisors.

“Is it going to take one of the children getting hurt before something is truly done?” she asked a case management supervisor in one.

“They are pushing for reunification because that is the goal,” she wrote the judge in the case in another letter. “I thought the best interest of the child was the goal.”

Before long, the family would move to Virginia.

Orridge thinks Commonwealth authorities should have known about Heaven's history in Minnesota, when they got their first tip she was being abused here.

A spokesman for Ramsey County, Minnesota explained social services are required "to work toward family reunification" and if a parent complies with orders, "a child must be returned."

“Following reunification with their child, a parent is no longer legally compelled to work with Ramsey County Social Services,” Public Communications Director John Siqveland responded to us.

Meanwhile, those who loved Heaven wish they could have convinced child protection to do more to protect her.

“To me, Latoya and Demont is not just the ones that killed Heaven,” Sheronda added. “Child Protection had a big part in that.”

Both Latoya Smith and Dermont Harris have declined our interview requests.