Data collected due to national lawsuits shows how drug distribution spiked in local cities and which pharmacies were tasked with filling the most prescriptions. 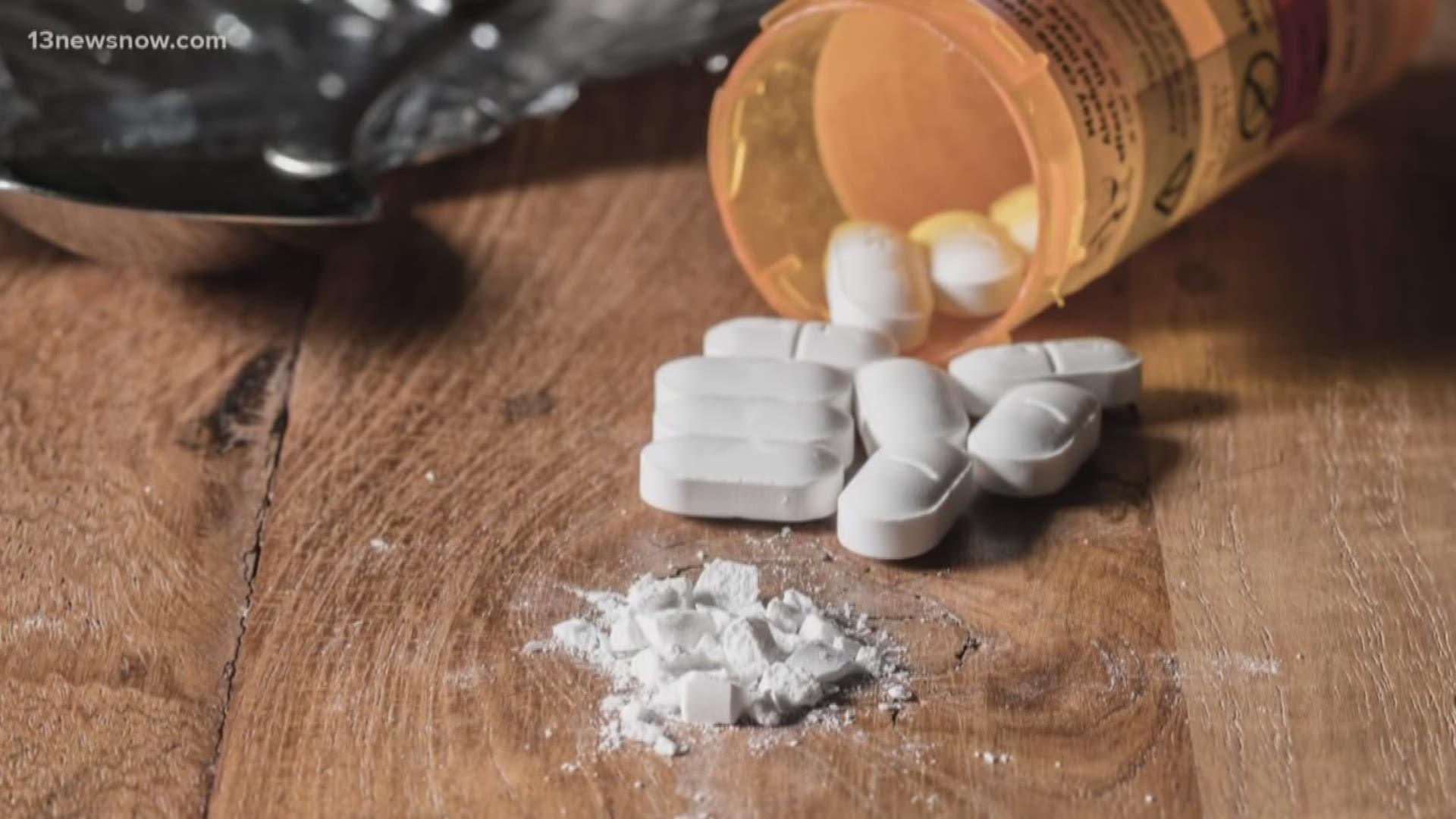 NEWPORT NEWS, Va. — New information revealed as part of multiple national lawsuits against drug manufacturers and distributors shows how the number of prescriptions of opioids like Oxycodone boomed between 2006 and 2012 in all Hampton Roads cities.

The cities of Chesapeake, Norfolk, Portsmouth and Virginia Beach have filed lawsuits against pharmaceutical manufacturers and distributors for their role in creating what the CDC calls an Opioid Overdose Epidemic.

The cities are seeking money for damages caused by the opioid explosion and subsequent addictions and overdoses.

The full dataset also shows which local pharmacies filled the most prescriptions of opioids.

Vanover is a longtime customer at Denbigh Pharmacy – a local shop that filled more potent opioid prescriptions than any other drugstore in Newport News between 2006 and 2012.

Specifically, the number of oxycodone prescriptions sent to Denbigh Pharmacy doubled in those 6 years, illustrating the birth of the national opioid crisis.

“Yeah I’m a little bit surprised because of all the opioids and fentanyl that people have been taking, it’s scary," she said

The local numbers are staggering in their consistency, showing how dosage units of opioids steadily climbed for every city, with oxycodone the biggest riser.

In Portsmouth, a CVS-owned company named Omnicare, which supplies opioids to nursing homes throughout Hampton Roads, filled the strongest prescriptions.

And in Chesapeake, Lawrence Pharmacy filled twice as many doses than any other drugstore in the city.

“I never realized until the last couple of years that it was really that bad and I never would dream that it would be right here local with us," Vanover said.

Drugstores like Denbigh Pharmacy and Lawrence Pharmacy are not responsible for the supply of opioid shipments. They simply filled prescriptions written by doctors, who responded to a push for opioid treatments from drug manufacturers, distributors, patients and other sources.

Lawrence owner Chris Mercer said his pharmacy has a loyal customer base and his store fills more prescriptions for all types of drugs.

Chesapeake’s opioid lawsuit alleges the “influx of opioids caused an unprecedented spike in crime, strains on law enforcement and courts, and an uptick in the need for foster and child-placement services.”

It adds the city spent substantial amounts of taxpayer money on the treatment and response to the opioid overdose epidemic – money the city wants to recover.

Here's a breakdown of the growth of opioid distribution for some Virginia and North Carolina cities and counties between 2006 and 2012: