The federal Ashanti Alert is now closer to becoming law. The bill is named after Ashanti Billie, who was abducted from a local Navy base and murdered. The law only exists on a state level right now. 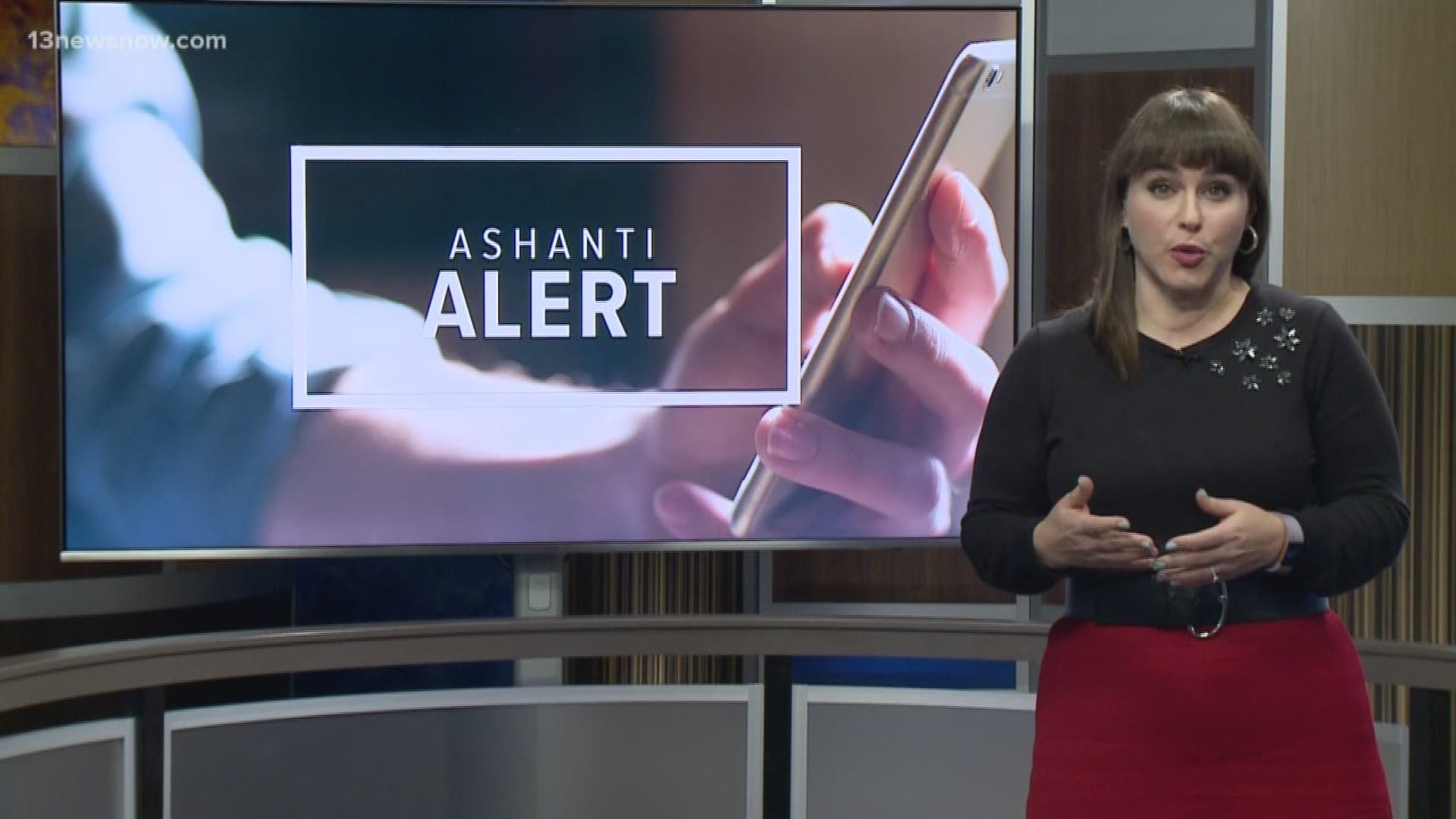 VIRGINIA BEACH, Va. (WVEC) — The federal Ashanti Alert is now closer to becoming law. The bill is named after Ashanti Billie, who was abducted from a local Navy base and murdered. Tuesday, Congressman Scott Taylor told 13News Now his office has identified the budget dollars to fund the legislation.

Rep. Taylor has been working with Ashanti's parents to create an alert like an Amber Alert, but for missing and endangered adults. The challenge is it comes with a price tag of $50 million.

They needed to find that money somewhere else in the budget before the bill could have a better chance of passing.

On Tuesday, 13News Now exclusively learned Taylor's office found dollars that were already appropriated for programs he said are underutilized in the Justice Department. He told us the plan is to move the extra funds from those programs to offset the cost of the federal Ashanti Alert.

Congressman Taylor met with Ashanti’s parents Tuesday morning at his Virginia Beach office. He said they were ecstatic this legislation can now move forward.

“The Billie family, they let me know that they've been contacted from folks around the country, as well, about this specific alert and people were excited to be able to have it there,” Taylor relayed.

We've also learned Congressman Taylor hopes this tragedy will come full circle with this bill. He plans to bring it to the floor on September 25th, which is the one-year anniversary of the day Ashanti's parents came to Taylor's office asking for help in the search for their daughter.

“I think families around the country and certainly potential families who may, unfortunately, have to go through this type of thing, they'll be hopeful and more hopeful because this is available to them,” Taylor added. “Out of this tragedy, hopefully, something wonderful will come along to be able to save lives and create a legacy for Ashanti.”

A statewide Ashanti Alert is already in effect in Virginia. Del. Jay Jones sponsored the Virginia Ashanti Alert legislation, which has been used multiple times since it was created.