Hampton Roads cities currently track scooter accidents in a generic 'other' category, a system that can lead to incomplete or uncertain crash report data 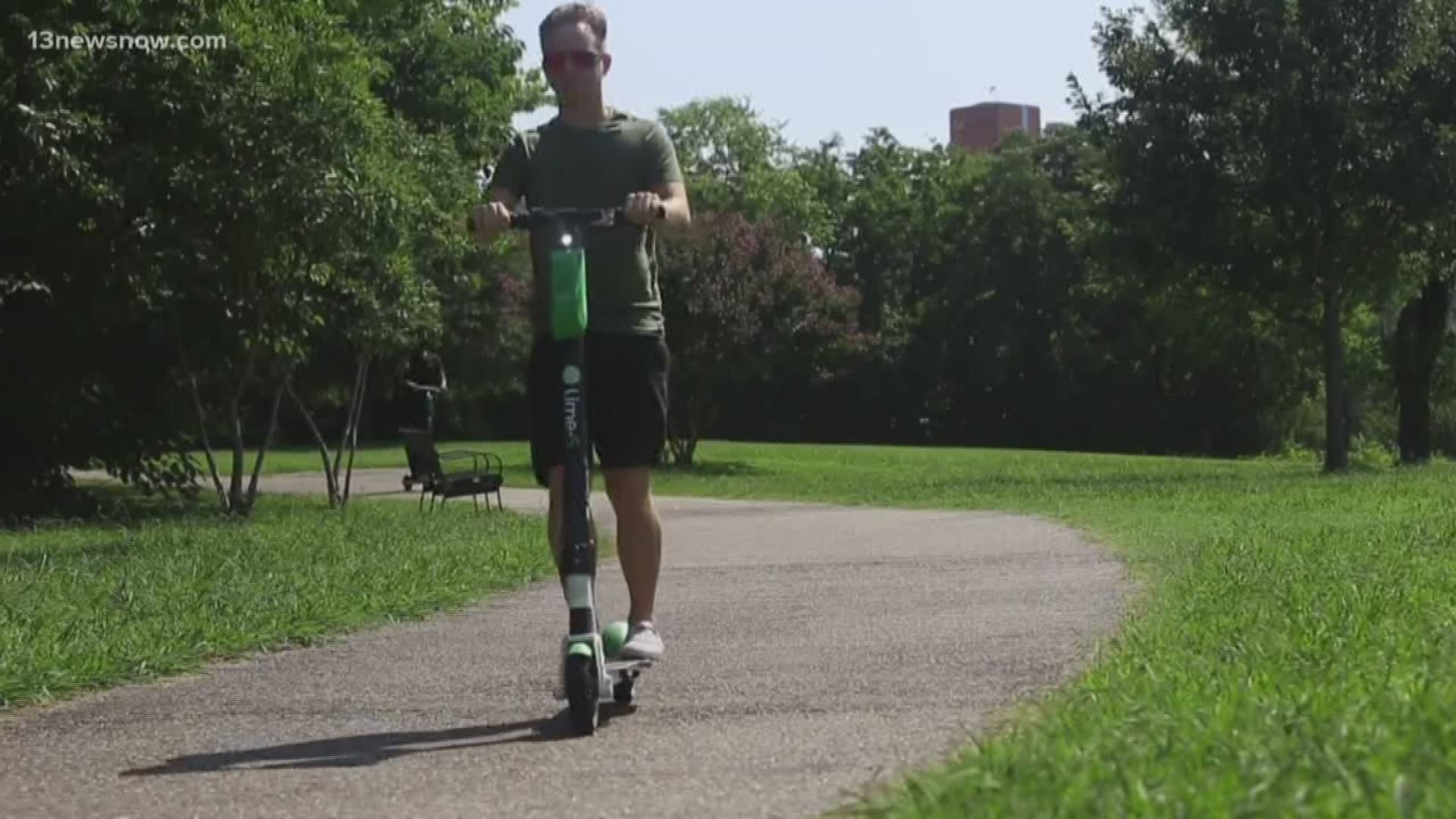 NORFOLK, Va. — Virginia Beach has Bird. Norfolk has Lime. With new contracts between electric scooter companies and local municipalities, the number of electric scooters in Hampton Roads is rising.

"I've been seeing them more and more and now you can't even drive somewhere without seeing at least a few people on scooters," said Zackary Wilcox, a Norfolk resident.

Since partnering with Lime in June, Norfolk Police report two electric scooter accidents with injuries involving a scooter rider and a vehicle.

Virginia Beach Police report seven scooter or 'scooter-like' vehicle crashes in 2017 and six in 2018 - all with injuries or at least $1,500 of property damage. The City of Virginia Beach is still processing the number of crashes so far in 2019.

"As long as you're cautious it's pretty safe but don't do anything reckless because it's easy to make a quick mistake and get hurt," Day said.

Norfolk and Virginia Beach are two examples of Virginia cities which consider electric scooters to be miscellaneous types of vehicles. There's no category for scooters on the state's crash report form, so police officers lump scooters into a generic 'other' category that includes go-carts, dirt bikes, and hearses.

"It's no longer just an 'other' type of transportation," Wilcox said. "It's a specific thing and not that broad."

Due to this distinction, Norfolk police officers consider all scooter riders to be "pedestrians." Scooter-related accidents aren't actively tracked in a subgroup, and any data relies on officers using the words "scooter" or "electric scooter" in the crash summary.

This can lead to incomplete or uncertain crash data. Through multiple FOIA requests, 13 News Now found that any reported statistics on electric scooter crashes must meet all of the following criteria:

Virginia DMV reports seven crashes involving injuries, electric scooters and a motor vehicle in 2018 and five so far in 2019. DMV spokeswoman Brandy Brubaker wrote that these numbers "are much lower than electric scooter-related injuries that a police department or hospital might be reporting that include the sorts of incidents" the department doesn't track. This contributes to the overall uncertainty of the total number of electric scooter accidents across Virginia.

The addition of a category for scooters would streamline the recording of scooter crashes, creating a cleaner data set for state agencies, local police departments and government bodies to review.

"I think it's important to be able to learn the statistics about these crashes, particularly for safety improvements," Wilcox said.

Brubaker said there's no timetable for DMV to change the crash report, but it would only take an internal decision to add an 'electric scooter' category to better track future accidents and crashes.

Norfolk Police spokesman Daniel Hudson said NPD would respond to any change at the state level.