A local college basketball player's injuries caused arthritis. Synthetic cartilage was able to get him back in the game. 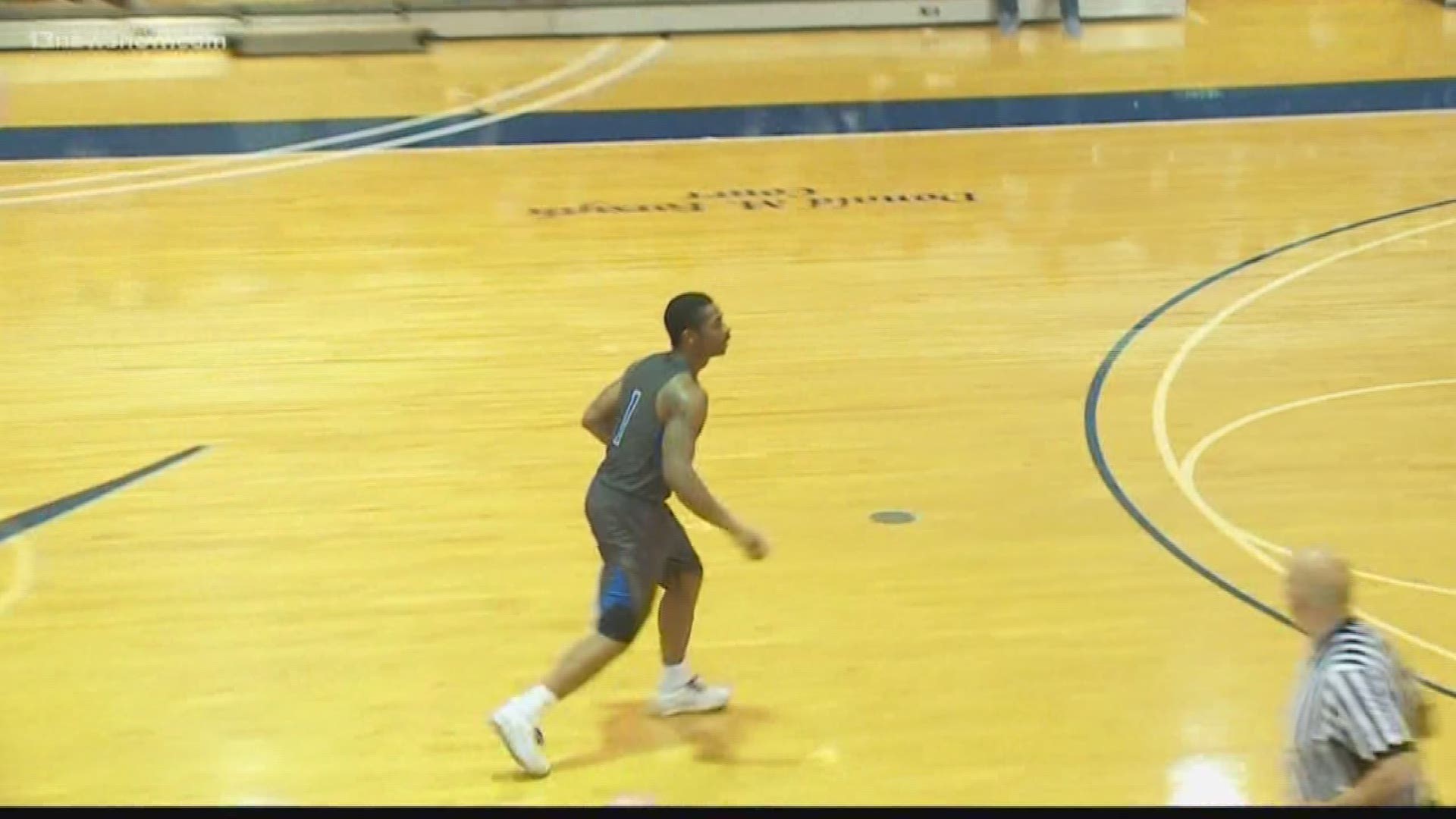 Most people assume arthritis happens to older people, but it's common in athletic people, too.

Aaron McFarland played basketball for Christopher Newport University. He was jersey number 1. His life was changed after one game last year.

His big toe got arthritis, so he went to Atlantic Orthopaedic Specialists, in Virginia Beach, for help.

“It’s not that big a problem until it’s your toe, and every single step you take hurts,” said Orthopedic foot and ankle surgeon Michael Campbell.

Campbell said he knew McFarland needed to get back on the court, and a 'fusion' is the typical surgery to get rid of the pain, but it limits mobility.

“This was sort of an unsolvable problem in orthopedics,” said Campbell. “Especially someone how liked to run and stuff. There weren’t any reliable treatment options we had that would maintain motion, and allow them to do the activities they wanted without pain.”

So, he implanted Cartiva, a synthetic cartilage in the basketball player’s toe. It’s an FDA approved implant made of contact lens material.

“To my knowledge, what it seems like the first high-level athlete that had this done on them,” said Cambell.

The same day of the fifteen-minute surgery, McFarland was walking again. After a whole year playing with the hurt toe, McFarland got back up to speed in two months.

“I felt like I had a whole new foot and I was just ready to go,” Mcfarland said.

During his senior year, McFarland not only healed, but he became an All-American basketball player.

Studies show the synthetic cartilage lasts more than 10 years. So far, McFarland's shows no sign of wearing down.

Campbell said the Cartiva implant costs about $2,500, but most insurance companies cover the cost.