The spirituals were vital during times of slavery serving as a way to heal, gain spiritual connection, and a tool for communication. 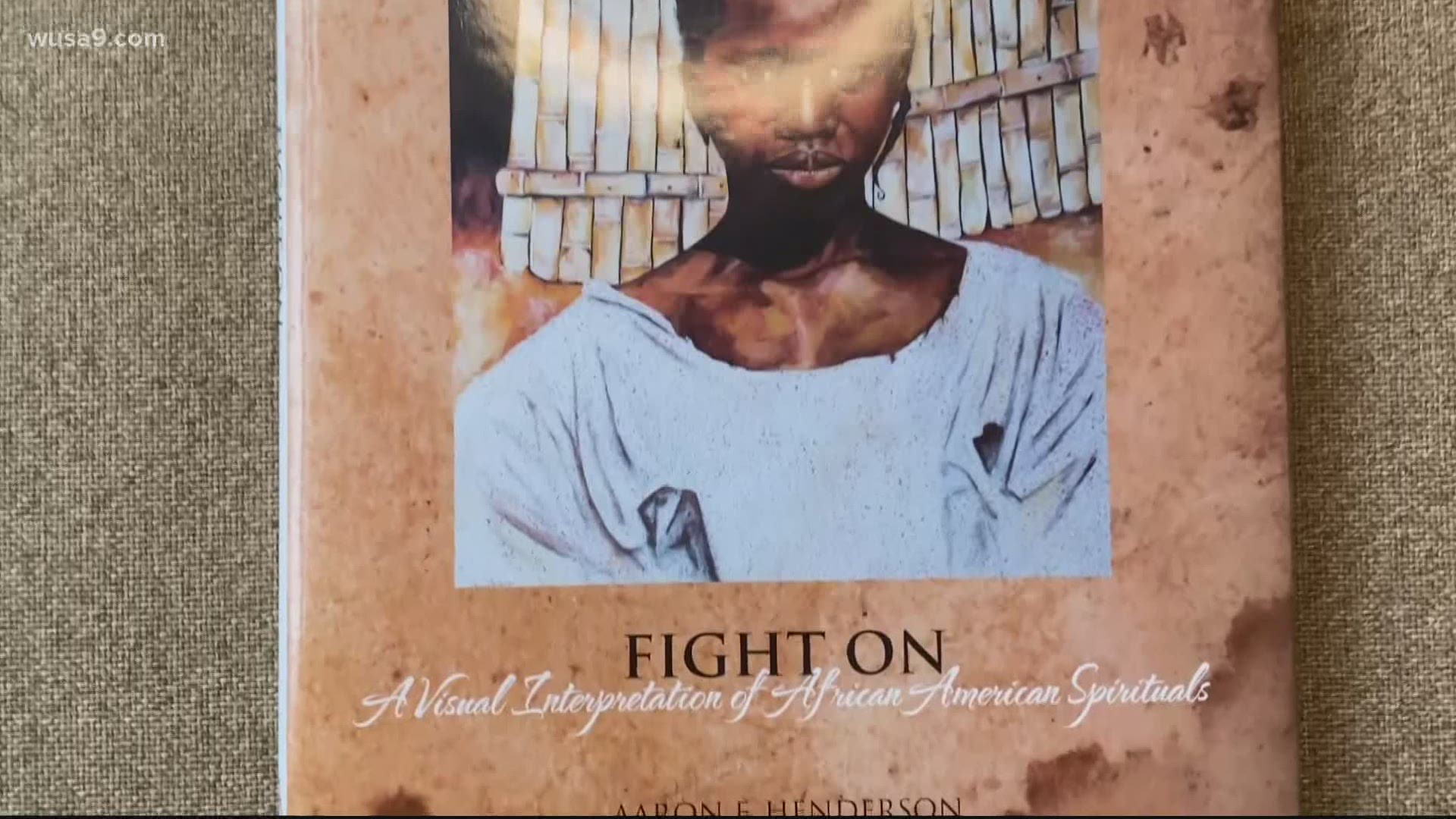 Spirituals were vital during times of slavery serving as a way to heal, gain spiritual connection, and a tool for communication.

Along with his sons, artist Aaron Henderson decided to use his painting skills to visually tell the stories of enslaved Africans and bring the spirituals to life in a book containing nearly 60 paintings.

“The book is about the African-American spirituals, and it’s titled Fight On because that’s what we were doing,” Aaron Henderson said. “We’re still fighting.”

Aaron Henderson created the art, and his sons Omari and Onaje assisted in producing the book where the pieces are bound together.

“If there were three words that I would think of to really describe the people that we’re talking about, our ancestors here, it would be hope, resiliency, and strength,” Omari Henderson said.

Aaron Henderson said one of the paintings he spent a lot of time researching and creating was one connected to the spiritual song called "Sometimes I Feel Like a Motherless Child."

“What could be going on in your life that you feel you have no mother?" Aaron Henderson asked. "What does that mean? I depicted that image as a woman that’s been stripped to the waist and put on the auction block."

In the painting, the artist wanted to show how enslaved women would have potential buyers looking in her mouth, holding her breasts to see if she’s going to be a good breeder, and licking her face to see what the salt content was.

“That was an indicator of how healthy somebody was,” Aaron Henderson said.

The family pointed out the significance spirituals played as a tool for communication.

“In some of the songs, it may talk about crossing the Jordan River and in code, that means crossing over the Ohio River," Onaje Henderson said. “They could sing these around their captors and not let on that they’re talking about we’re going to leave tonight, we’re going to take this creek because dogs can’t smell through the creek. We’re going to head to cross over.”

The book highlights how the songs point out some of the atrocities of slavery in America but also the African-American journey toward liberation.

“There’s this quiet strength of – you know what – ‘I’m not going to talk about how much I’m going to hate them, but I’m going to get away from them,'" Omari Henderson said. "We’re the descendants of all the people that got away."