61 years after their sit-in, members of the group are finally getting the recognition they deserve. 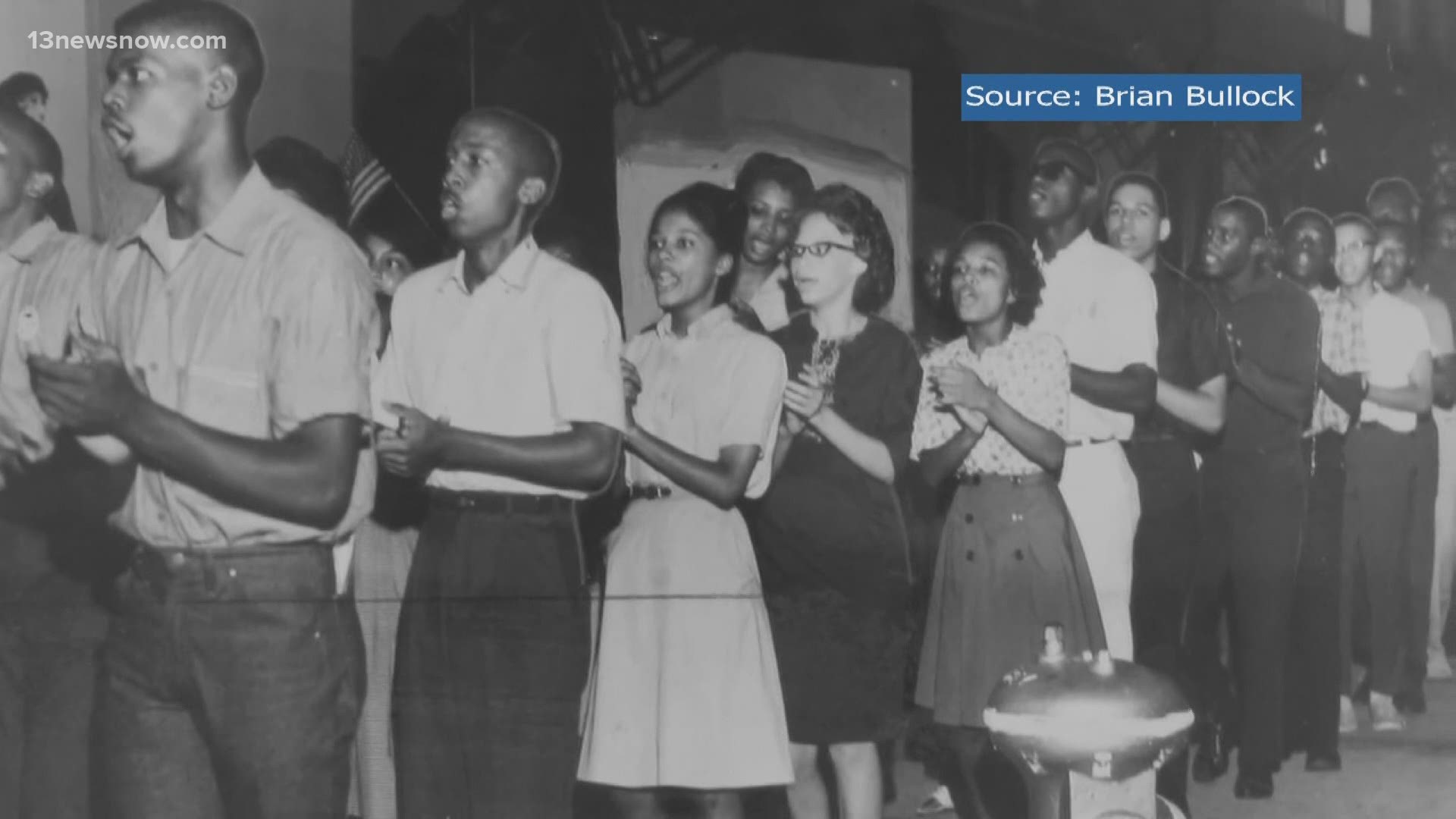 RICHMOND, Va. — On February 22, 1960, 34 Virginia Union University students staged a sit-in at a white-only department store in downtown Richmond. The students were arrested, charged with trespassing.

Their eventual conviction was ultimately repealed by the Supreme Court, a landmark decision in the Civil Rights movement. Elizabeth Rice is one of those 34 students.

The friendship between Rice and Elizabeth Thalhimer Smart was spontaneous.

"She came up to me and said, 'I appreciate what you've done and I'm sorry you haven't been recognized. I'm gonna do all I can to make sure the 50th anniversary is one to remember,'" Rice recalled, reflecting on their first meeting a decade ago.

The two became friends and planning partners, preparing a celebration of the Richmond 34, 50 years after Rice and 33 others staged their sit-in to protest segregation. Much like her newfound friendship now, Rice's courage then was spontaneous.

"I left home that morning planning to go to school. We got on campus and realized students were not in class. I looked down and I saw picket lines and thought, 'Ohhh boy this must be the day.' It was like an involuntary reaction, I don't know where I put my books but we picked up signs."

More than 200 Virginia Union students marched toward the segregated department store downtown. Once there, again Rice followed her impulse.

"We're marching around the store and at some point, they said, 'We're going in.' I call it the lucky draw, I happened to be near the door and we got in. We were the Richmond 34," remembered Rice.

The Richmond 34 stayed in the store until police arrived. Given the chance to leave, each of them instead chose to stay, each of them arrested.

"It wasn't anything foreplanned. It was in the moment." Rice's participation was spontaneous, but her convictions were not.

"People don't realize that there is a lot of pride to do the right thing in the midst of all this chaos and racism. You still had to hold your head up high and realize you had some worth," said Rice.

Those convictions may be why Elizabeth Thalhimer Smart thanked her, five decades later.

"Elizabeth and I coined the term 'Richmond 34,'" said Rice, a pair of Elizabeths from opposite ends of a historical event, together celebrating the impact of those who had the courage to create change.

Sometimes that change happens in spontaneous bursts, sometimes it happens over five decades.