A judge will hear the case about the questionable petition signatures. 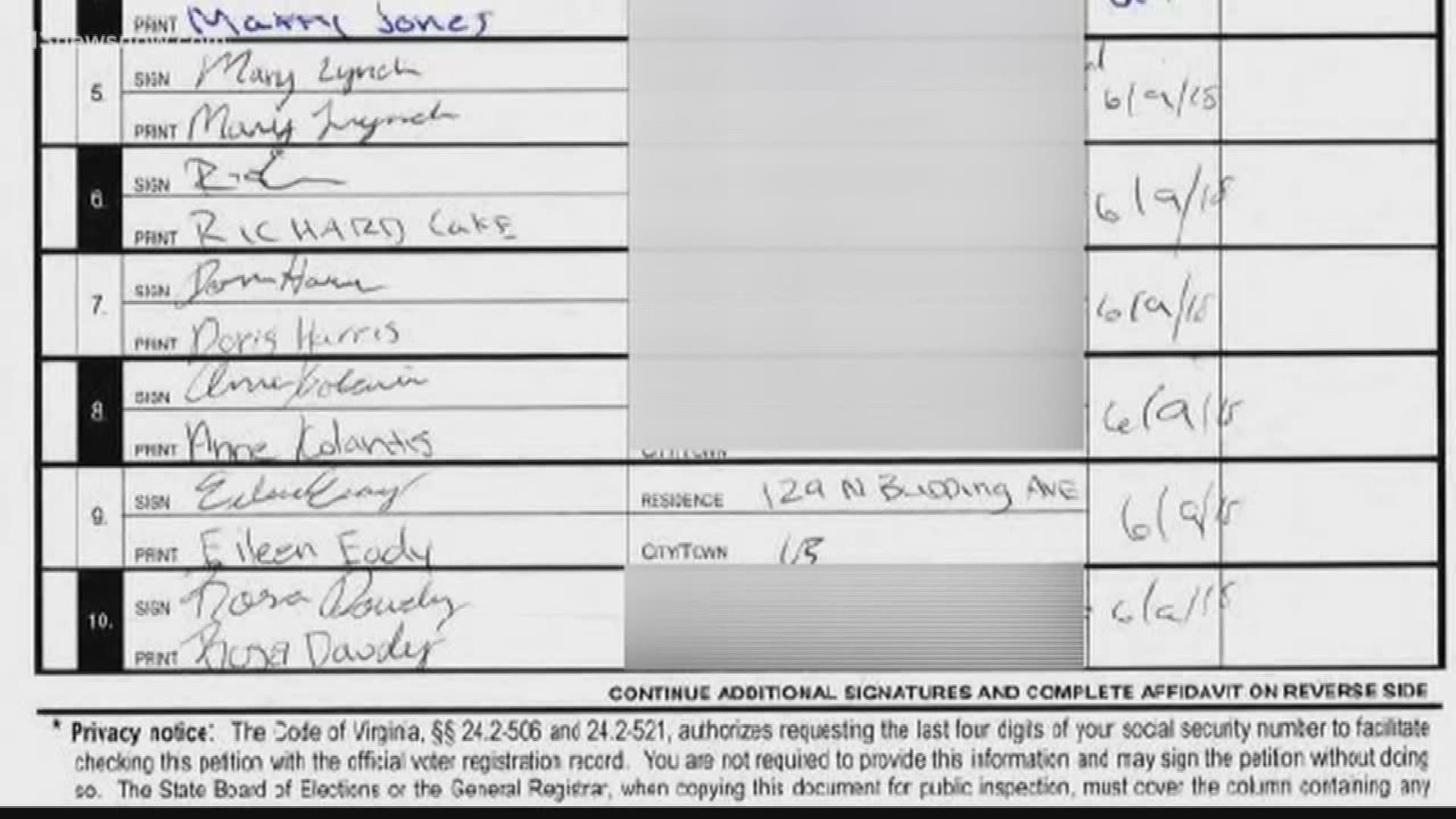 Virginia Beach, Va. (WVEC) — A judge will hear the case about questionable petition signatures in the Second Congressional District race.

On August 29th, Democrats will argue in court why they feel Independent Shaun Brown should not be allowed on the ballot. Most recently, a new person revealed different concerns about the Brown petitions.

At a weekend meeting, Dr. Amelia Ross-Hammond cleared up questions about the address listed as Shaun Brown's home. They've come up in a 13News Now investigation into the petitions submitted to get her on the ballot.

“I'm just explaining it all to you because I know many rumors are going around,” Dr. Ross-Hammond said.

Brown's attorney told 13News Now 5587 Campus Drive is the Independent's address, but Ross-Hammond owns that property. She said it is not Brown's home.

Ross-Hammond helps women, who are running as Democrats in the Second District. That's how she came to be involved with Brown. She explained Brown asked to use the townhome as a staging area for her campaign for a couple weeks, but that's all.

“There was something around about her living there,” Ross-Hammond responded. “No, she's never lived there.”

Why could that matter? State code said if "The petition does not have the name ... and address of the candidate on the front of the form," the petition "shall be rendered invalid."

Meanwhile, in new court filings, the Democrats said they now have forty affidavits from voters who swear their signatures, or their family members' signatures, were forged. According to their records, 32 of those signatures were, in fact, validated by the state to get Brown on the ballot. The Democrats argue Brown's certification was only achieved "through the counting of fraudulent signatures."

“I think that there should be more effort not for fighting against me, but fighting for the people,” Brown said.

Now, she hopes her team can go to court to argue why she should still be allowed to continue fighting for the second district seat.

Her attorney filed a motion in the case.

"Shaun Brown is the person who plaintiff is trying to ultimately remove from the ballot... her interests should be represented," he wrote.

The motion also asks the court to dismiss the lawsuit.

Some of the signatures under the microscope were collected by staffers of Republican Incumbent Scott Taylor. No word yet if his team will get involved in this suit, as well.