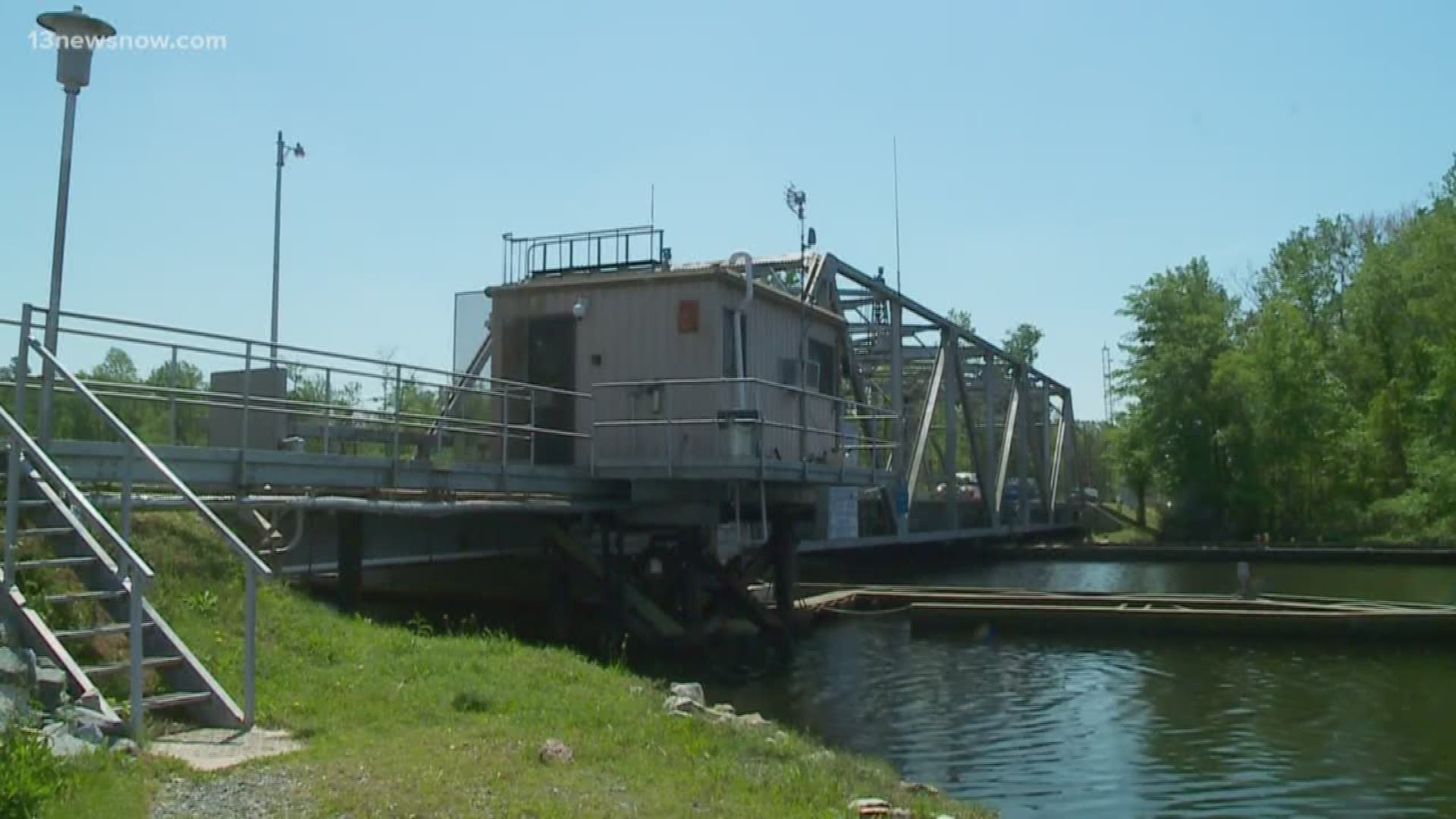 CHESAPEAKE, Va. — It's a passageway for nearly 16,000 vehicles every single day.

The Centerville Turnpike Bridge, which is 64 years old, is in desperate need of major structural repair.

Early this summer, a $10.5 million rehabilitation project will close the bridge for at least six months. Heath Covey, a spokesperson for the city of Chesapeake said the closure could last longer if weather and other factors delay the work.

Thousands of drivers will have to detour during the closure.

Ashley Pulasky is one of them.

“That’s insane because all the traffic is gonna back up to Mount Pleasant, and already, it’s crazy in the morning to get on the interstate,” said Pulasky.

While drivers said the repair will cause a traffic nightmare, Covey said a safer bridge is needed. Public works will hold off any routine work in the area until the bridge rehabilitation project is done, an effort to mitigate traffic congestion.

Covey said the city will release information on how to get around the area soon.

Until then, drivers know change looms ahead.

Just off of the bridge, businesses like Angie’s Family Restaurant rely on bridge traffic to bring in customers.

The closure ahead is a concern for Ashley Bryant, one of the restaurant’s servers.

“That’s huge to us, it’s not gonna be good,” said Bryant. "Every time they’ve closed the bridge in the past, its definitely killed our business."

Pulsaky said her summers are usually filled with carpooling her two children to and from daily activities. She’s one of many drivers who will have to plan ahead before they hit the road.

“[You'll need to leave] Probably an hour or two earlier to get to where you need to go,” said Pulsaky.

Bryant said regular customers usually won’t visit the restaurant when there’s a detour, but she hopes this time will be different.

“Hopefully our customers will drive the extra miles to get to us, and it won’t affect us too bad,” said Bryant.

For now, thousands of drivers continue along the busy two-lane bridge. The city has not officially released a bridge closure date, but it’ll happen sometime early this summer.

The work will continue until Spring 2020.