More than 100 people attended a vigil for Noah Tomlin Saturday night in Hampton. 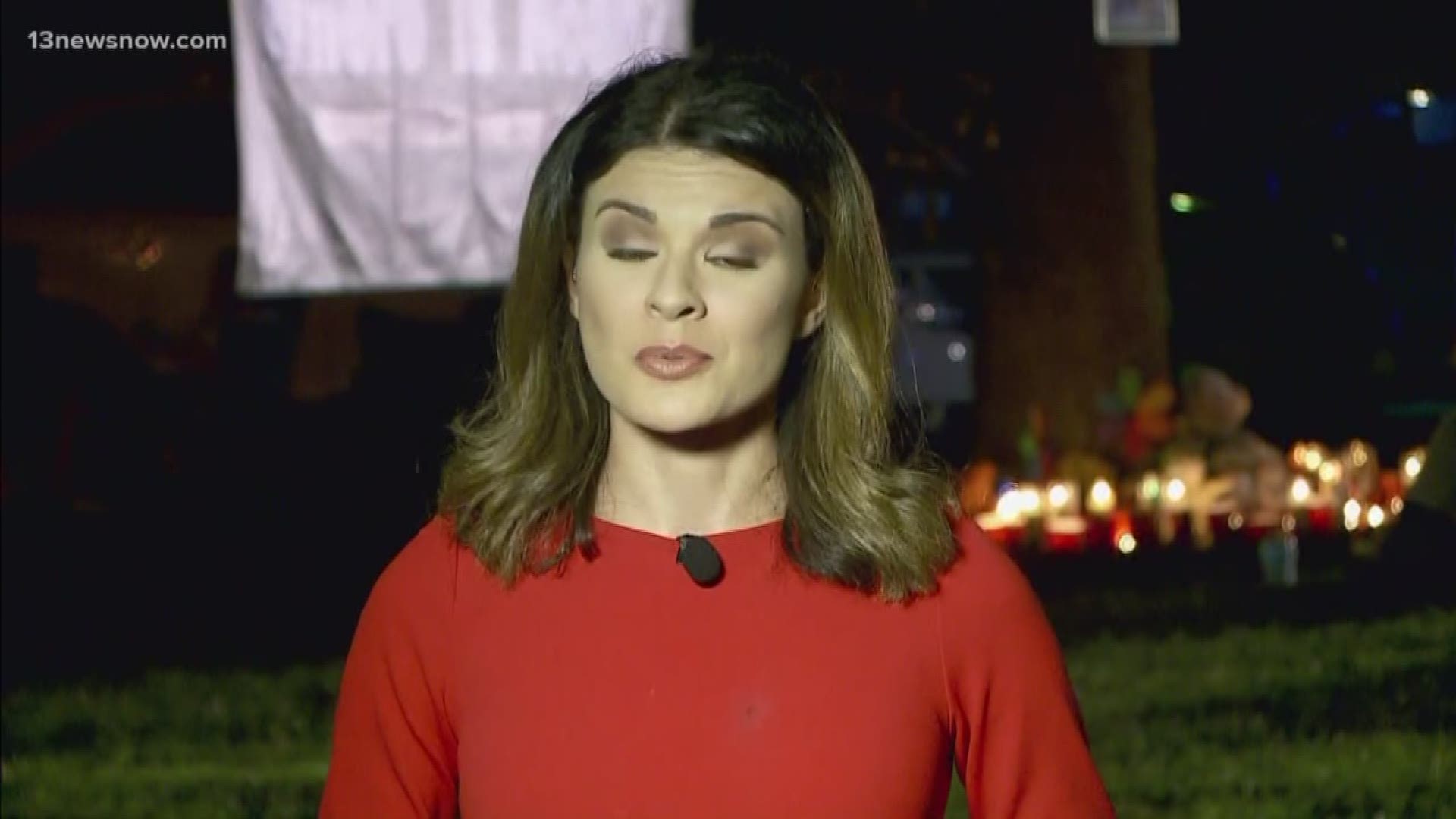 HAMPTON, Va. — As the sun began to set over Hampton, the candle lights flickered below.

More than 100 people in the community came together during a vigil for two-year-old Noah Tomlin, Saturday night.

For the first time, a woman who fostered Noah spoke out amongst the community.

She fostered the two-year-old before he was returned to his biological mother. During the vigil, she spoke about the first day she met Noah.

“Bless his little heart, those blue eyes. You couldn’t tell him no, although I called him ‘No-No.’ That’s all he said, was ‘no no.’ He got up on the couch and he held my hand as if to say ‘I’m safe,’” she said.

“It’s been awful. I just came out of the house yesterday, because I miss that baby.”

Lydia White, the vigil organizer, spent all afternoon putting up signs, setting up balloons and candles.

White does not know Noah personally, but said his disappearance leaves her heartbroken.

“I hope that for the first time since this has happened we can have something only for positivity and only Noah, nobody else,” said White.

Tears rolled down the faces of the people who went out in support of Noah.

Angela was one of them.

“[It’s] very emotional,” said Angela. “A little boy is lost we don’t know where he is.”

Noah has been missing since Monday.

Police are still searching for him. On Friday, Hampton Police Chief Terry Sult said Noah is believed to be dead.

They arrested his mother, Julia Tomlin, in connection with his disappearance. Police charged her with three counts of felony child neglect.

During the vigil, a preacher said the name Noah stands for comfort.

He said that’s what those who attended the vigil hoped to find in each other, along with hope for Noah Tomlin.