Could Virginia Beach be the future of cryptocurrency operations?

With the surging popularity of Bitcoin and other forms of cryptocurrency, the city of Virginia Beach wants to be at the forefront of what some are calling a new era of banking. 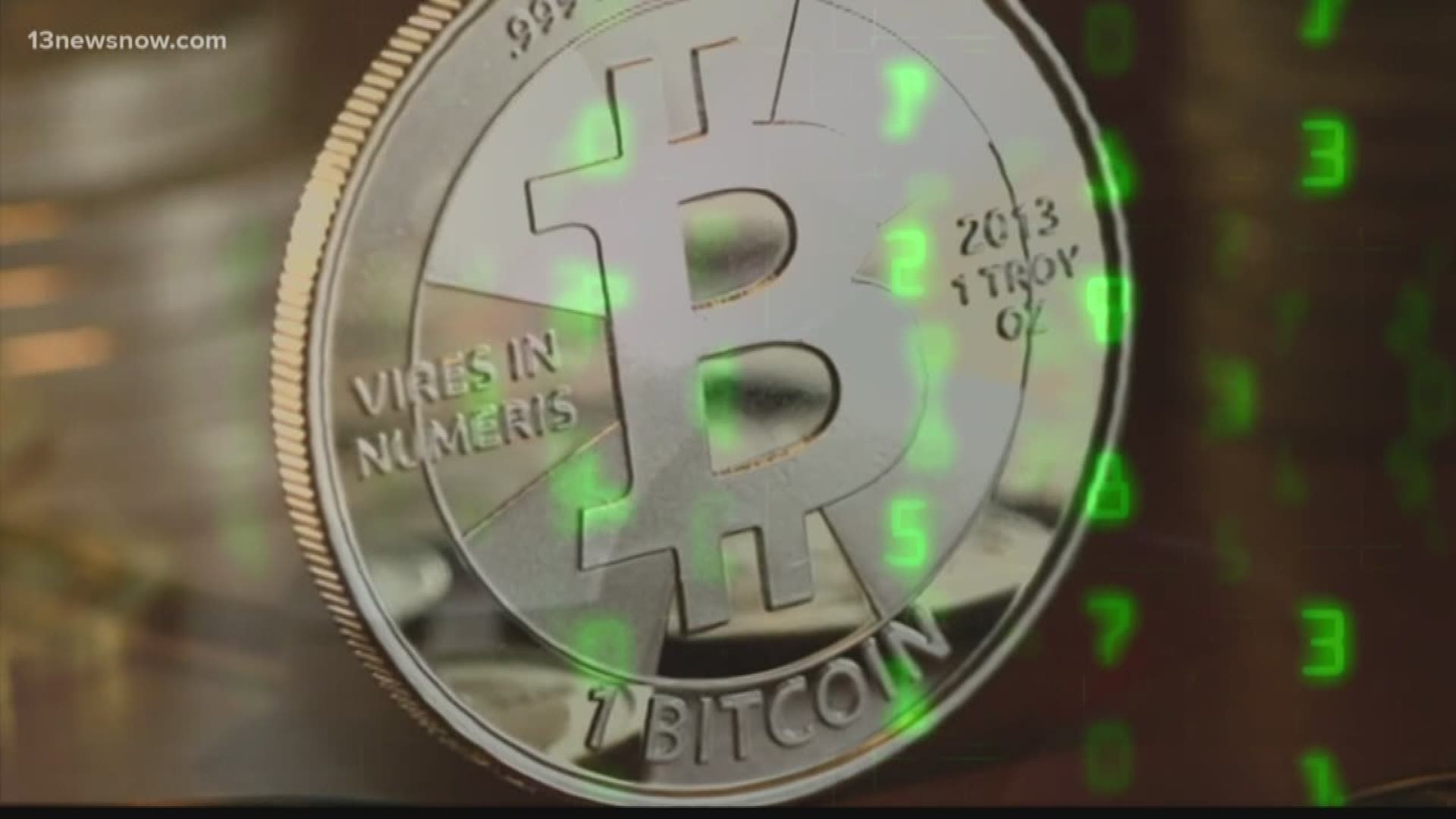 VIRGINIA BEACH, Va. (WVEC) -- With the surging popularity of Bitcoin and other forms of cryptocurrency, the city of Virginia Beach wants to be at the forefront of what some are calling a new era of banking.

Flake’s company leases or sells computers to customers that want to mine bitcoin. The computers document transactions on a digital leger, called a blockchain. The computer’s owner then receives a small payment in bitcoin.

“On average one of these machines should earn you about .7of a bitcoin each year,” said Flake.

Only 21 million bitcoins can exist and so far 80 percent are in circulation. To mine for the rest of the bitcoin, the computers basically have to solve extremely complicated puzzles.

However, Bitcon and cryptocurrency have raised red flags.

Without a central bank or even a government backing the cryptocurrency, it is managed by the people who record the transactions, the miners. While critics say Bitcoin and cryptocurrency is a bubble waiting to burst, the city of Virginia Beach gave Flake’s company a $500K grant to begin operations.

“The technology behind the cryptocurrency, that’s exciting,” said Scott Hall, Coordinator for Virginia Beach Department of Economic Development. “Because there are so many other companies around the world that are finding new applications for this blockchain technology beyond just traditional cryptocurrency.”

While crytocurrency’s future is certainly unclear, it’s making its mark on financial markets around the world and Flake thinks taking the risk is worth it.