More than 115 million babies have been born during the COVID-19 pandemic with very little interaction with the outside world — which is hard for moms as well. 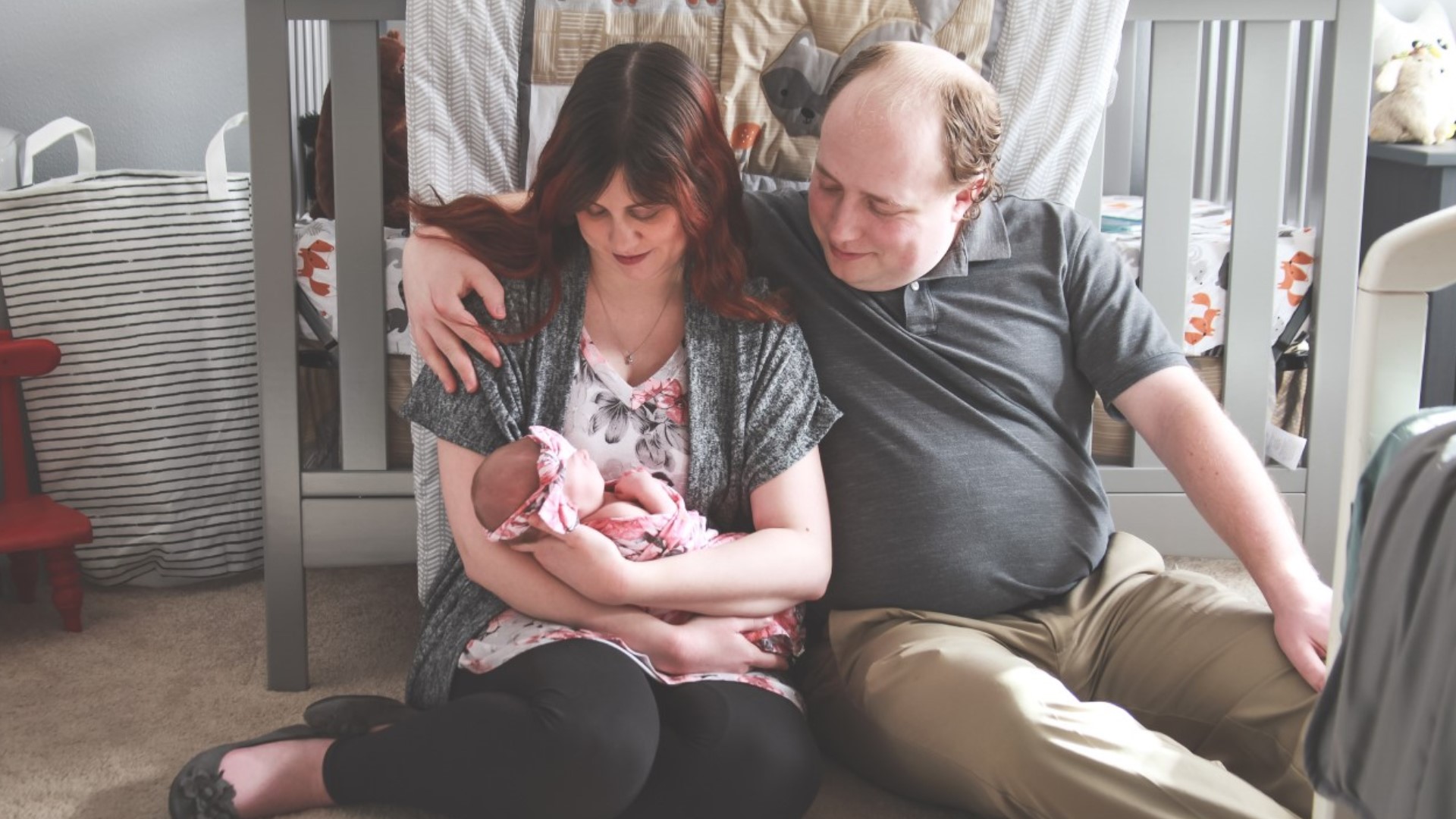 INDIANAPOLIS — According to UNICEF, more than 115 million babies have been born during the COVID-19 pandemic, and a majority of these newborns are being kept at home with very little interaction with the outside world. That means moms are living in isolation too, and it's taking a toll on their mental health.

Baby Charlotte came into this world about two weeks before the World Health Organization declared COVID-19 a pandemic.

"Two or three days before I was induced, we actually bought one of those big jugs of hand sanitizer because we were anticipating people coming over to visit," Courtney Ginder said. "That ended up being one of the last times you could buy hand sanitizer."

The only people who have really had a chance to hold Charlotte are her parents, Courtney and Mitchell, and her grandparents.

Even though restrictions are easing up in some parts of the country, doctors still recommend keeping newborns at home and maximizing social distancing.

Emily Scott, medical director of the wellborn unit at IU Health Methodist Hospital, said there's no science or research out right now that says a baby is going to be more susceptible to any other sicknesses or common colds if they're not being around as many people in their early stages compared to babies born before the coronavirus pandemic.

"At this point, I think the safest course of action is to still really try to isolate your newborns and young infants at home and to make sure that they're not being exposed to anything out in the wide world at this point," Scott said.

Scott said to keep practicing the common sense things, such as washing your hands, limiting contact with people who could potentially be sick, keeping babies out of large crowds and breastfeeding.

RELATED: Moms-to-be share experience of pregnancy during the COVID-19 pandemic

"We know those antibodies that mom produces while she's breastfeeding will pass into the newborn baby's body, and that will actually protect the baby from most things that mom and baby are exposed to together," Scott said.  "We do know that babies continue to have some antibodies from their moms for the first couple months of their lives. That’s why we really encourage moms to get that whooping cough vaccine and the flu shot during the last trimester of pregnancy to really try to amplify that protection for babies."

Scott said staying at home in isolation poses more of a problem for a mom than her baby.

"Moms are going to feel really isolated, and that's going to put them at an increased risk for a postpartum mood disorder or postpartum depression," Scott said.

Right now, Ginder is living that reality. She said the hardest thing about being a new mom during a pandemic is the isolation.

RELATED: Poll: Americans are the unhappiest they've been in 50 years

"That isolation is so difficult when you have a 3-week-old baby who screams every night, and you can't call anyone for help. You have to tough it out yourself," Ginder said. "While it's not what I expected it would be, my husband and I were talking a couple nights ago: This was one of the hardest things we've ever done, but we did it."

And you don't have to tough it out alone. IU Health says they've seen a huge uptick in virtual visits of moms experiencing postpartum symptoms.

Click here for resources to help with postpartum depression.