INSIDE ACCESS: Virginia Beach Alpaca farm a 'labor of love' for Navy veteran 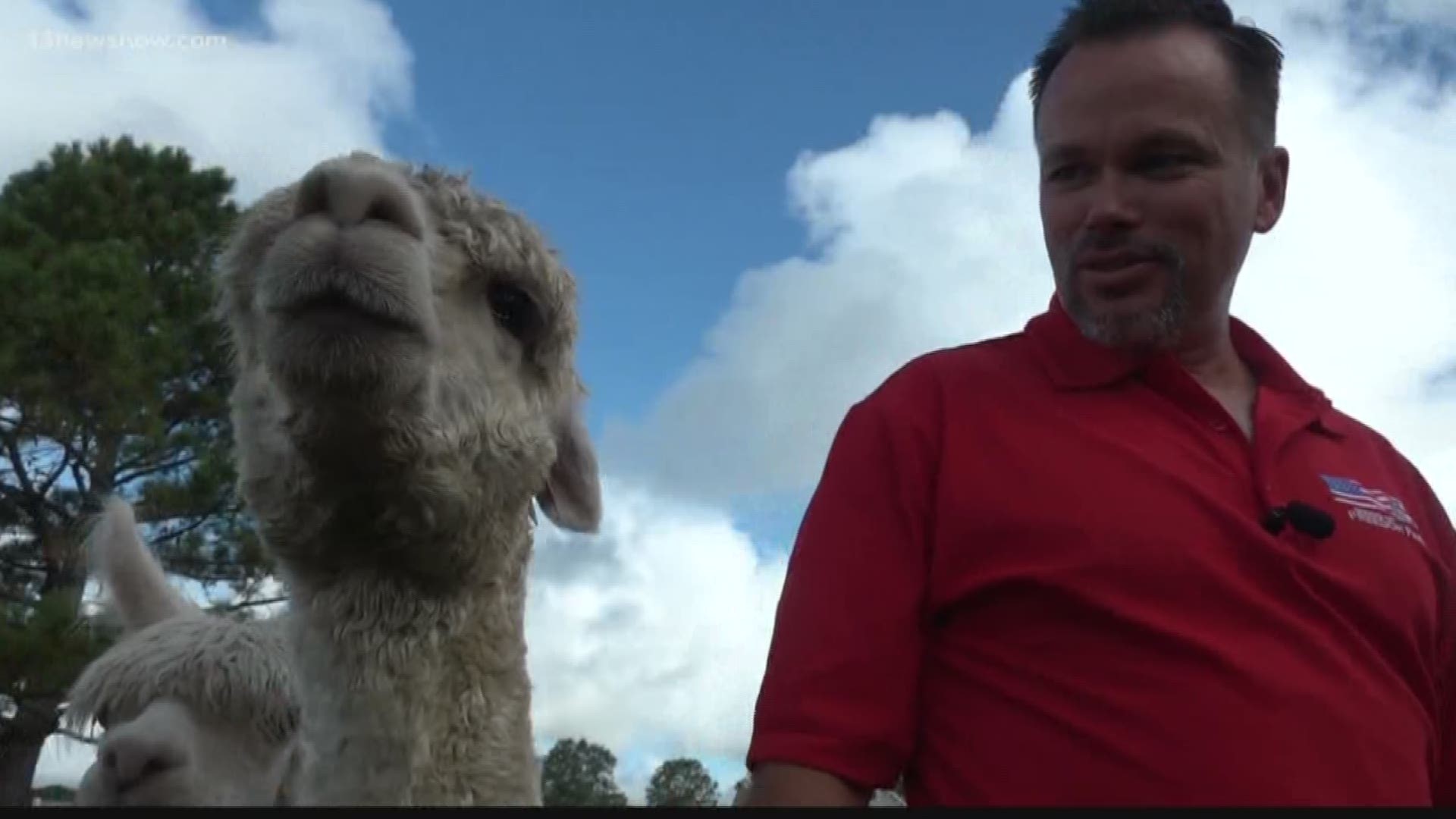 It’s Sound of Freedom Farm — with some unlikely friends.

The owner, Will Burney, said the roar of jet engines inspired the patriotic name of his business.

From the the jet noise, to the humming fans inside his shed, nothing wakes up the 14 alpacas on his farm like the sound of his voice.

"I get one of two reactions usually. The first one is 'what's an alpaca?' The second one is 'really I had no idea,'" said Burney.

Burney said their names like Storm Trooper and Spitfire are as unique as their personalities.

A 'labor full of love'

On his Pungo farm, Burney and his family tend to the group.

"The kids are really into it,” said Burney.

To them, it’s a labor full of love.

"There's vet bills, there's doing shots and trimming toenails,” he said. "About 90 percent of being an Alpaca farmer is picking up poop."

It’s a labor this self-proclaimed country man fell into.

"A friend of mine said 'well you got to look into alpacas.' I was like well ... I mean I think alpaca as really expensive sweaters."

Burney bonds with the herd, before breeding the award-winning Alpacas or shearing their fiber off to sell for making various products.

"Feels kind of cool and almost greasy, but there's no grease or lanolin in it at all,” said Burney.

Lanolin is a wax found in animals with wool, except for Alpacas.

So, the material is hypoallergenic.

Even though Burney is in the startup stages of his un-orthodox business, for the past four years he's been living a life he loves in sheering and in service.

"A tremendous amount of work, but it's very satisfying,” said Burney.

Before opening his farm, Burney made the "sound of freedom" flying plans for the Navy.

Now it's to the "sound of freedom" surrounding his low maintenance livestock that’s helping him make the fabric of freedom.

"Maybe there'll be fewer people who will be like, 'What's an Alpaca?' They'll be like 'Oh, that's really neat' and they'll want to come see one or want to buy one,” said Burney.