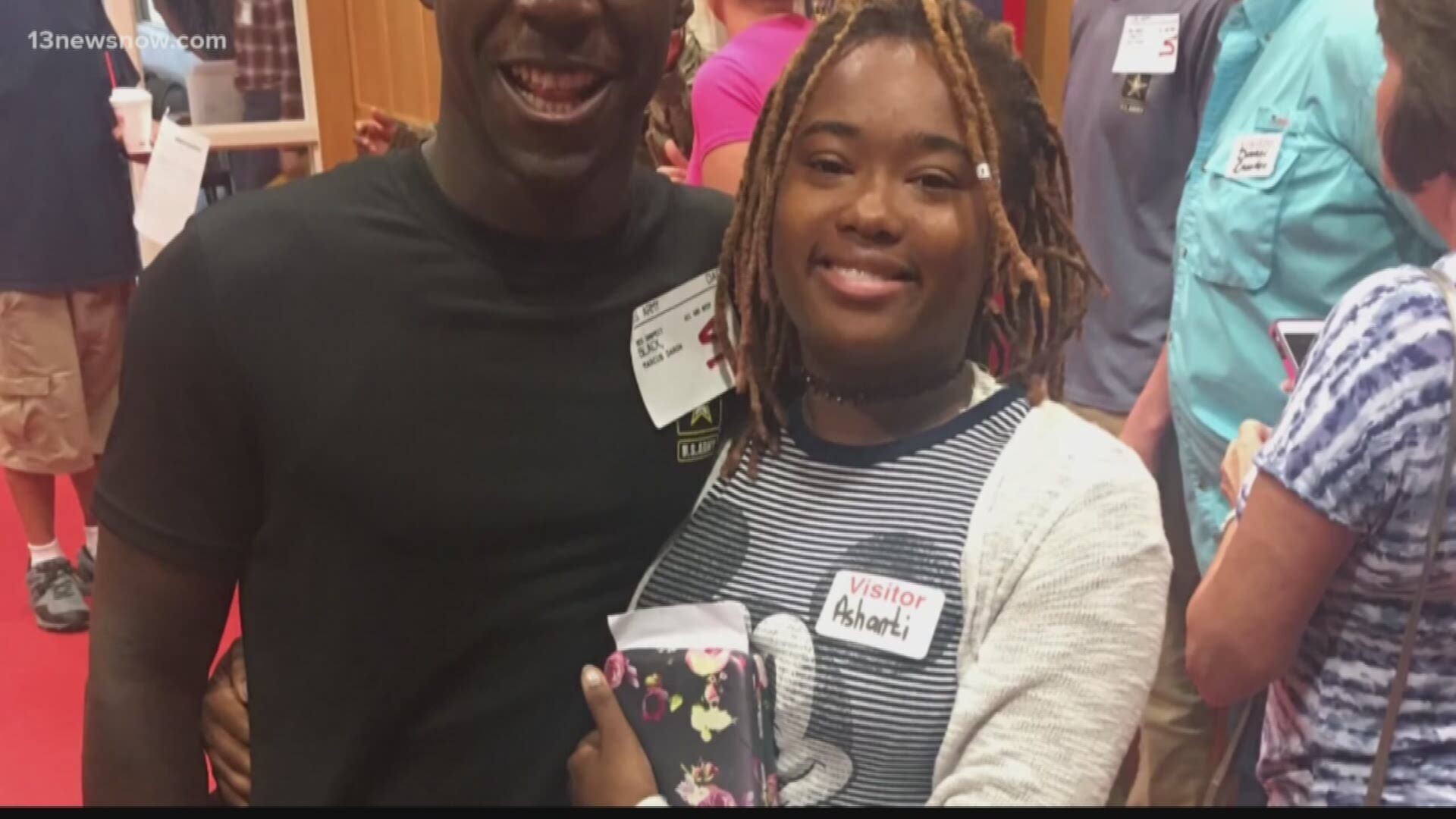 The alert is a notice for critically missing adults too old for an AMBER Alert, and too young for a Silver Alert.

An "Ashanti Alert" would send out a local, regional, or statewide notification of a critically missing adult. The bill defines this as an "adult whose whereabouts are unknown, who is believed to have been abducted, and whose disappearance poses a credible threat" to his or her health and safety.

It's inspired by Ashanti Billie, a 19-year-old who was abducted at Joint Expeditionary Base Little Creek-Fort Story and found murdered in Charlotte, North Carolina last year.

Billie's mother, Brandy, said in a press conference that she and her husband Tony are grateful their daughter's name will continue to live on.

"It felt good because we know that her death was not in vain," said Billie. "And she will be able to help other people through this bill – other missing adults in the state of Virginia.”

Delegate Jay Jones crafted the bill to cover missing people who are too old for AMBER alerts but too young for silver alerts.

“We think it is a culmination of many months of community activism and hard work and advocacy and we really feel like it’s going to benefit the commonwealth in the long run,” said Jones.

The new law will go into effect on July 1.